But it’s largely on its own in the US, despite a recent report estimating about 20m acres of cropland across the country may be contaminated.

Most states are only beginning to look at the problem and some are increasing the amount of sludge they spread on farm fields despite the substance being universally contaminated with PFAS and destroying livelihoods in Maine.

“Maine is at the forefront of this because we’ve seen first-hand the damage that sludge causes to farms,” said Patrick MacRoy, deputy director of the non-profit Defend Our Health Maine. The new law also prohibits sludge from being composted with other organic material.

PFAS, or per- and polyfluoroalkyl substances, are a class of chemicals used across dozens of industries to make products resistant to water, stains and heat. Though the compounds are highly effective, they are also linked to cancer, kidney disease, birth defects, decreased immunity, liver problems and a range of other serious diseases.

Sewage sludge is a semi-solid mix of human excrement and industrial waste that water treatment plants pull from the nation’s sewer system. It’s expensive to dispose of, and about 60% of it is now lightly treated and sold or given away as “biosolid” fertilizer because it is high in plant nutrients.

Maine and Michigan are the only two states that are routinely checking sludge and farms for PFAS, and both are finding contamination on farms to be widespread.

Maine’s legislature banned the practice of spreading sludge as fertilizer in April after environmental officials discovered astronomical levels of PFAS in water, crops, cattle and soil on farms where sludge had been spread, and high PFAS levels have been detected in farmers’ blood.

Contamination from PFAS-tainted sludge has already poisoned well water on around a dozen farms, and has forced several Maine farms to shutter. The state is investigating about 700 more fields where PFAS-contaminated sludge was spread in recent years. Farmers have told the Guardian that many of their peers with contaminated land won’t alert the state because they fear financial ruin.

Maine also approved the creation of a $60m fund that will be used to help farmers cover medical monitoring, for buyouts and for other forms of financial assistance.

“Folks have been left out to dry without any real help so we’re grateful to see that,” MacRoy said. The sludge legislation comes after Maine last year enacted the nation’s first ban on non-essential uses of PFAS in products. It goes into effect in 2030.

In Michigan, environmental officials have downplayed the detection of PFAS in sludge and on farms, and although the state prohibits highly contaminated sludge from being spread, it allows higher levels of the chemicals in sludge than Maine. State regulators have also identified PFAS polluters and required them to stop discharging the chemicals into the sewers.

Questions remain about whether that’s enough to keep PFAS out of Michigan’s food supply. Instead of implementing a wide-scale program to test livestock, crops and dairy, the state identified 13 farms it considered most at risk and has claimed contamination on other farms isn’t a risk.

Michigan is ahead of most other states. In Virginia, environmental regulators are considering permitting an additional 6,000 acres worth of sludge to be spread and have so far resisted public health advocates’ calls to test for PFAS and reject new sludge permits.

In Alabama, the state’s department of environmental management said in 2019 that “the best use of biosolids is as a [fertilizer].”

Even as the crisis unfolds in Maine, officials in Alabama are increasing the amount of out-of-state sludge that’s imported and spread on fields or landfilled, and the state in 2020 updated its biosolids rule to “encourage” the use of biosolids as fertilizer. Alabama does not test sludge for PFAS. 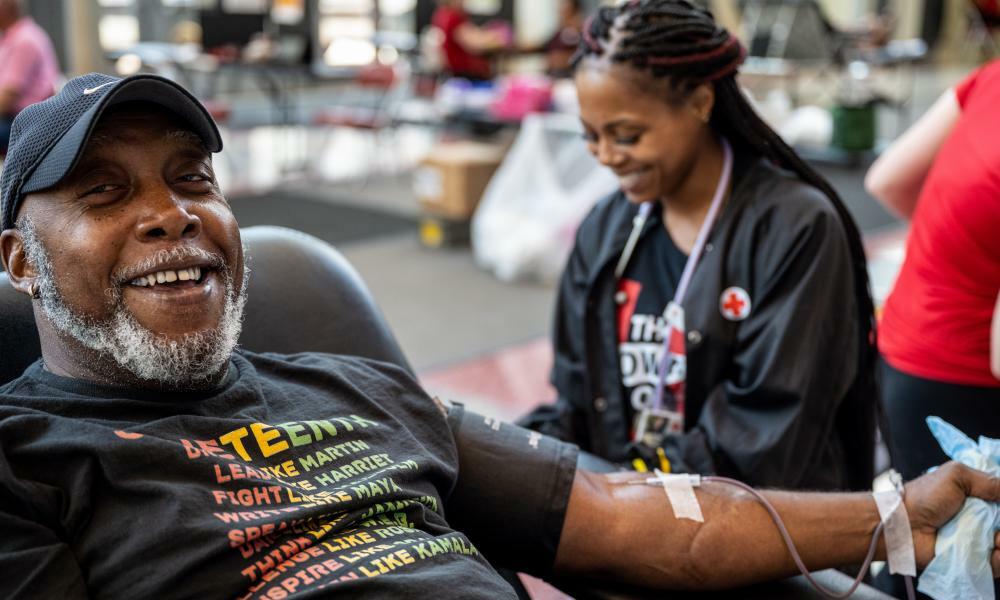 Here’s another reason to donate blood: it reduces ‘forever chemicals’ in your body
While the $4tn global wellness industry bends over backwards to sell us dubious detox products, there is an accessible, easy,…

The Guardian - US
One subscription that gives you access to news from hundreds of sites
Sewage dumps into English rivers widespread, criminal inquiry suspects