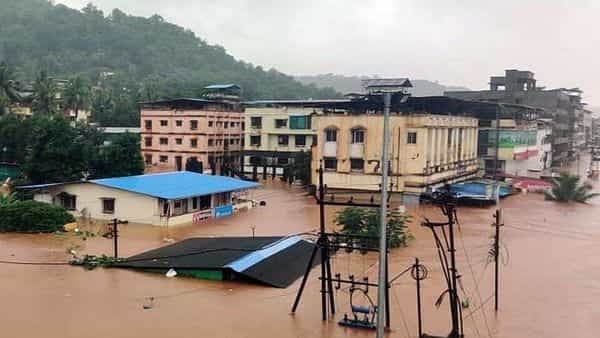 As heavy rains lash parts of Maharashtra’s Marathwada region, the water level in the Godavari river has reached the “alert" mark after nearly 15 years, state PWD minister Ashok Chavan was quoted as saying by news agency PTI on Thursday.

“Water has reached the 'alert' mark in Godavari river. This phenomenon is being seen after 15 years. Over the years, several buildings have come up along the river, and I have also seen that some structures have been built in nullahs in Nanded city," the minister told reporters after taking stock of the situation.

Chavan, who is also the guardian minister of the district, held meetings with officials from the local administration and visited the Godavari river.

People whose homes were flooded due to heavy rains will get aid, Chavan said, adding that he also took stock of the losses in agriculture and infrastructure sectors in the district.

Heavy rains have lashed Marathwada region over the last few days, with 31 people dying in rain-related accidents in a week, out of which seven deaths occurred in Nanded. Of the total, 12 were reported on Tuesday alone.

"Rain-related incidents have claimed as many as 31 lives in the region till Tuesday evening, of which 12 deaths were reported on September 7, while the remaining 19 deaths had occurred between September 1 and 6," said an official from the divisional commissioner office.

According to officials, Nanded has received 962.7 mm rain so far this monsoon, which is 118% of its average annual rainfall.

A total of 145 circles in Marathwada, which comprises eight districts, recorded rainfall above 65 mm in 24 hours till Tuesday. The circles are from Aurangabad, Jalna, Latur, Osmanabad, Beed and Nanded districts.

So far since 1 September, 687 domesticated animals, including 598 poultry birds in Jalna district, perished in the region as a result of heavy rains, as per the official.

Besides that, 64 houses in the region suffered damages due to the rains, with 41 of them being from Aurangabad. Four small water reservoirs in the region – two each at Kannad (Aurangabad) and Ahmedpur (Latur) were also damaged.