If Hannah Clarke had known the signs, she and her kids might still be alive

Few of us have met Hannah Clarke, but most will not forget her name.

Hannah and her three children – Aaliyah, 6, Laianah, 4, and Trey 3 – were burnt to death after Rowan Baxter ambushed their vehicle in Brisbane on February 19, 2020.

Hannah and her children were staying with Hannah’s parents, Sue and Lloyd, fearful of the ex-husband who could not countenance a life without the woman he decided, early on, he owned.

The prime minister, premier, police commissioner and a stack of other big wigs lined up in the front pew for a funeral that could not have been sadder.

More than two years later, we now have the results of a coroner’s investigation – and its determination should be a big red alert in how we see domestic violence.

Coroner Jane Bentley’s voice broke, as she handed down her findings, which included a judgement that it was unlikely anyone could have stopped Baxter’s murderous path.

She’s right. As a journalist I’ve followed this story from a few moments after a plume of smoke and a symphony of sirens went off in a street, only a few over from where I live.

Nothing could have stopped Rowan Baxter, who the coroner also found to be a “master of manipulation’’.

Baxter was able to borrow money from strangers, have good people put their own reputation on the line to defend his and convince others, over and over again, that it was Hannah who was the bad one here, not him.

Even after her death, and the revelations of his violence were aired, two of his colleagues continued to call me, arguing that I had been ‘brainwashed’ by those on Hannah’s ‘side’.

Rowan Baxter was a consummate actor, and his own son – by a previous relationship – says that.

Baxter twice said he’d murder his son too – once when he was about 10, and another when he was a couple of years older.

“I’m not sure if he was going to hang us (he and his mother) or choke us,’’ he told me after Hannah’s murder.

Baxter confirmed that story to others. One of them, a friend, told me he asked [Baxter] if he could ever see himself planning to kill someone else again. His answer: “No. No. No. No way’’.

So would coercive control laws – now ready to be implemented in different jurisdictions in Australia – have worked with Rowan Baxter? It’s unlikely.

Would a domestic of apprehended violence order have stopped a monster, who was seen on CCTV cameras buying zip ties, fuel and three Kinder Surprise chocolates – presumably for his children – a few days before the killing? It didn’t.

Could Baxter’s friends, who checked on him, helped him back into businesses, lent him money, have seen this coming? None of them did.

Ms Bentley recommended a raft of changes, particularly to police training – and that is welcome.

But she also said this: “I find it unlikely that any further actions taken by police officers, service providers, friends or family members could have stopped Baxter from ultimately executing his murderous plans.’’

That should be the line we focus on, with a renewed effort going forward.

How do we pick up the little red flags decades before a problem?

Baxter had a violent childhood, a dislike of new migrants, and a willingness to engage in road rage. But none of those make him a killer.

And how do we teach our children what to look for in a partner? Hannah Clarke was savvy and ‘switched on’, and couldn’t really see Baxter’s manipulative control until she felt it was too late to leave.

Indeed, Hannah had never heard the term ‘coercive control’ until a police officer explained it to her.

Addressing domestic violence during relationships is crucial, but this tragic case – and the coroner’s finding – shows the focus has to start so much earlier.

We teach children about healthy eating and exercise from the time they understand what that means.

Surely this case highlights that need to teach children – with the same priority – about the attributes they should look for in a partner. 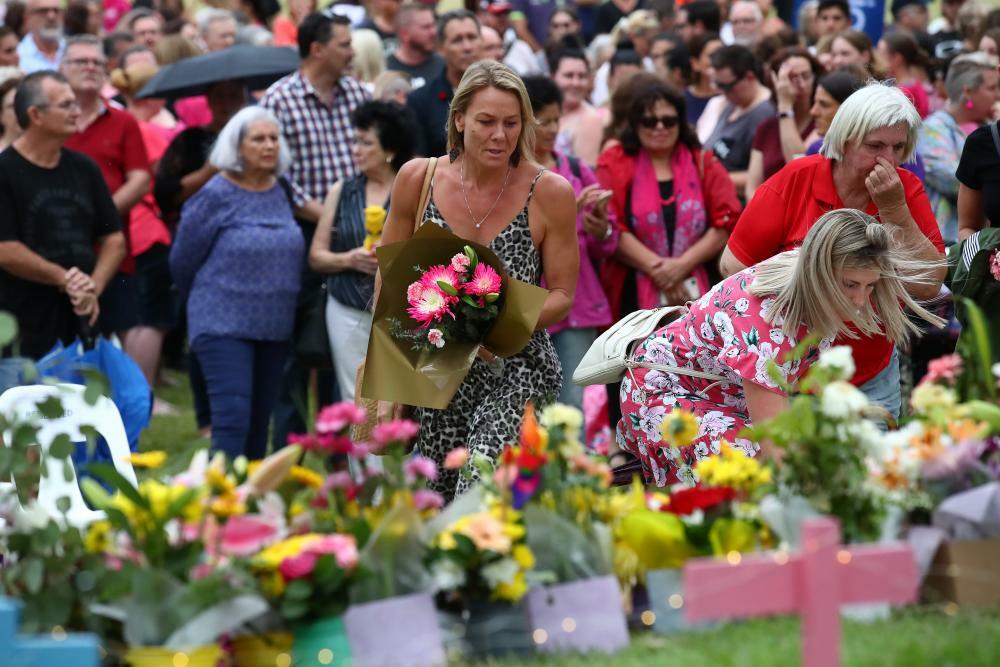 How two cases shocked Queensland into action on domestic violence
The horrific murders of Hannah Clarke and Doreen Langham mobilised public opinion and a drive for change, experts say

The Guardian - AU
One subscription that gives you access to news from hundreds of sites
Dangers of 'domestic terrorism' revealed after dual inquests, domestic violence advocates call for pre-emptive measures

Despite significant changes to policing since the murders of Hannah Clarke and Doreen Langham, advocates say pre-emptive measures need to…

Sue and Lloyd Clarke echo the sentiments of Police Union president Ian Leavers, calling for the coroner's recommendation for domestic-violence-focused…