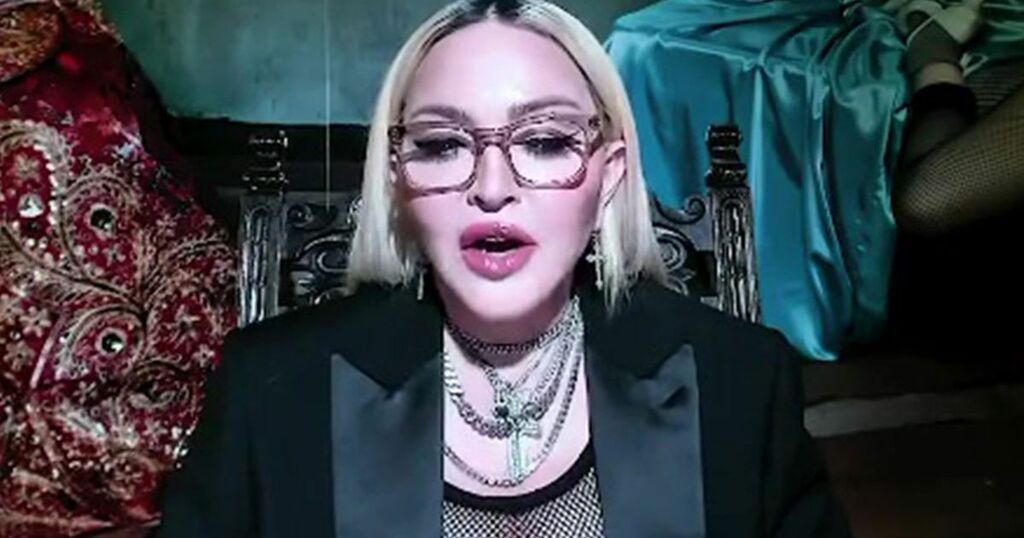 Madonna defends her totally nude NFT videos after showing 3D scan of her vagina
Madonna, 63, left the internet stunned after she teamed up with a digital artist to create three NFT videos for…

The Queen of Pop starred in three videos where she can be seen with her legs spread as butterflies, trees,…

‘Not often that a robot centipede crawls out of my vagina,’ singer said

Madonna has hit back at the backlash over her fully naked NFT videos by saying that she was just "doing what women have been doing since the beginning of time".

The Queen of Pop sent the internet into a frenzy after she teamed up with a digital artist for his Mother of Creation collection.

In the three videos she has her legs spread as butterflies, trees, robot centipedes and flowers emerge from a 3d scan of her vagina.

Whilst the 63-year-old is certainly no stranger to getting her kit off online, fans have argued that this new venture is a step too far.

She has been branded "desperate for attention" and "creepy" by some on Twitter, but as always Madonna refuses to let anyone dull her sparkle.

In an interview with the artist himself, Mike Winkelmann who goes by the name of Beeple, she said: "I’m doing what women have been doing since the beginning of time, which is giving birth,”

"But on a more existential level, I’m giving birth to art and creativity and we would be lost without both,” she added.

The collection also involves a 3D print of her genitals and the proceeds will be given to three charities: National Bail Out, V-Day and Voices of Children.

“I think it’s really important that a lot of thought and conversation went into creating these videos,”

In the interview, which she shared to her Instagram page she revealed the conversations between her and Beeple in which the pair discussed their visions.

"I say we need a forest with creepy crawly bugs coming out of me," she continued.

"Not often does a robot centipede crawl out of my vagina," the singer joked.

NFT stands for non-fungible tokens and is a piece of art which is digital and totally unique.

It's also non transferrable and cannot be duplicated - which makes them limited and rare.

"My journey through life as a woman is like that of a tree. Starting with a small seed, always pushing against the resistance of the Earth. The endless weight of gravity," she could be heard saying throughout the one-minute clip.

The first clip sees a digitalised version of Madonna inside a glass case, giving birth to a tree.

The second she is perched on top of a truck in a apocalyptic setting with her legs spread allowing butterflies to emerge.

In the NFT's description it reads: "the metamorphosis journey of butterflies, which are one of the most beautiful creations in nature, and a sign of hope."

"The butterflies are a metaphor for the paradox that the world is burning down in a post-apocalyptic scene, but there is still evidence of life," it continues.

"It relays the important message that if you are waiting for the world to be perfect or for your life to be perfect to create art, it will never happen."

In the third video she is lying in a forest as robot centipedes crawl out of her.

Madonna defends her totally nude NFT videos after showing 3D scan of her vagina
Madonna, 63, left the internet stunned after she teamed up with a digital artist to create three NFT videos for…

The Queen of Pop starred in three videos where she can be seen with her legs spread as butterflies, trees,…

‘Not often that a robot centipede crawls out of my vagina,’ singer said