Madonna, 63, gyrates in sexy stockings as she treats fans to racy workout video 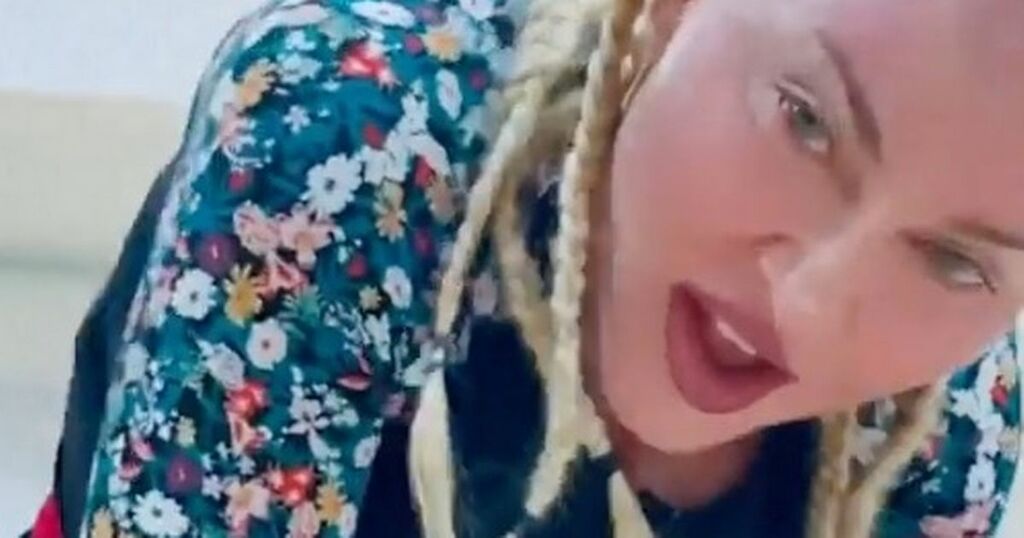 Madonna has reminded fans that she’s still one of the fittest celebrities around after giving them a glimpse of her racy work out routine.

The 63-year-old singer took to social media on Saturday night to give her followers a sneak peak of how she maintains her jaw-dropping figure.

Posting to her Instagram Stories, the mum-of-six treated her 16.5 million followers to a series of steamy clips.

With the footage captioned ‘deep deep inside’, Madonna can be seen gyrating, thrusting, and even working her way around a make-shift pole.

In the snaps, the Vogue singer gets to grips with an exercise ball, amongst other things, as she dons some skimpy black shorts and thigh-high black stockings.

Wearing her blonde hair in pigtails, the age-defying artist put on a steamy display as worked up a sweat to the beat of 1993 dance classic, Deep Inside.

Madonna’s innuendo-filled work out comes just days after she got pulses races once again with a collection of topless snaps.

On Thursday, the Queen of Pop put on a racy display for her Instagram followers as she posed on a bed wearing very little for an outfit fitting.

Wearing nothing but a thong, fishnet tights and long silk evening gloves, the iconic singer covered her breasts with her hands for the steamy snaps.

“Fittings are a form of torture……..' she wrote in the caption of her saucy Instagram post - adding a number of emojis to the update.

The trailblazing singer then went on to shout out Tony Cassanelli for the paintings that are visible in a few of the photos.

“My pleasure, my privilege,” the artist replied to the star’s compliment.

Fans and famous faces went wild for the sexy social media post- taking to the comments section to voice their approval for the snaps.

“Why does Madonna still look this fine though?” mused one follower, while another wrote: “Words can't describe how sexy madonna is.....”

While the majority of comments underneath the star's post were positive, a few trolls did appear with some negative feedback for the record-breaking singer.

Earlier this month, the Like a Virgin hitmaker made a defiant statement in the face of criticism from online haters.

The mega star pledged to her Instagram followers that she was going to 'look any way that I want to look' as she addressed the trolls who she feels are 'constantly' criticising her.

"I just want to say to all my fans out there, and people who are trolling and stuff and constantly criticizing me because, "Oh my God, I’m using a filter!" and "Oh my God, I don’t look this way?!"' the singer began in August.

"Well, f**k off b**ches, because I’m gonna look any way that I wanna look, alright? It’s a free world. And you’re not in charge," she continued.

"In fact, I’m not even in charge! But I’m still going to do whatever I want, so deal with it, OK?"

"And finally, I just want to say that I am rising above. I’m rising above all the stuff and I’m connecting to my perfected soul," Madonna concluded.