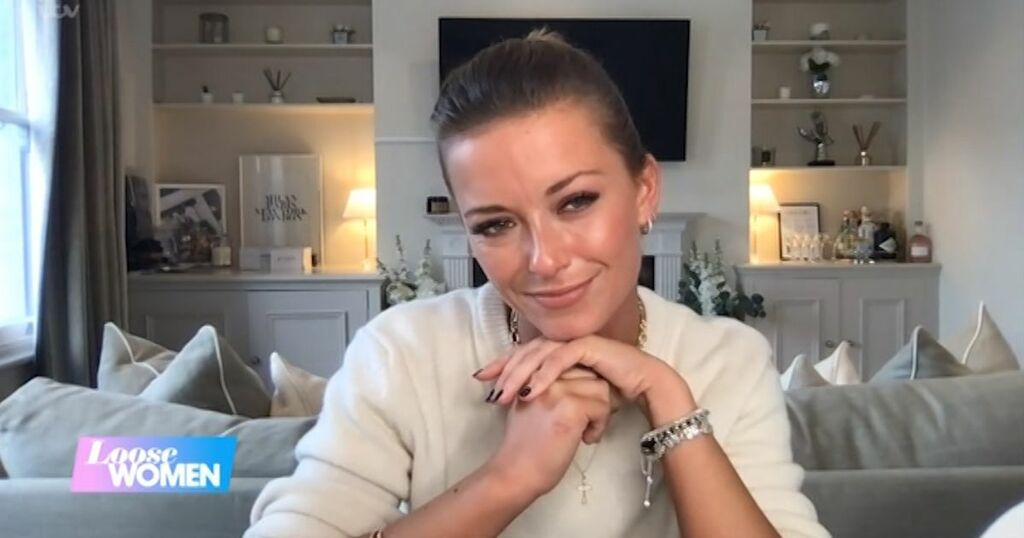 Speaking to ITV's Loose Women today, Made in Chelsea star Liv Bentley revealed how her alopecia diagnosis at age 16 was a serious knock to her confidence.

"When I first joined Chelsea, I used to get a lot of trolling about the way I looked, mainly about my hair - and the lack of having a top lip," she said.

"So when I started wearing a wig on the show, I then spoke about why I was wearing it because no one know that I had hair loss."

She told hosts Ruth Langsford, Coleen Nolan, Carol McGiffin and Linda Robson that she was told her condition may have been a side effect of the contraceptive pill she was taking at the time.

"When I was 16 I was on holiday with my family, and I got out of the shower and I combed my hair and I noticed like a bald patch at the top of my head, and I thought I'd pulled the hair out or something, but the hair never grew back."

"So I went to the doctor and they said it could have been a side effect from the contraceptive pill - which I didn't know was a side effect - so I came off the pill but I still lost my hair in different places all over my head."

Liv, who works primarily as a fine art photographer. added: "It was really hard. I think at 16, everyone really only cares about the way you look and I think, there I was, I hadn't really hit puberty at that point.

"I was quite flat-chested and then all my hair was falling out, and I was like 'great, I kind of look like a bloke'.

"I didn't know about hair los. It wasn't something I'd heard of so I didn't talk to anyone about it. I was embarrassed, I guess. It was just not a common thing."

Liv, 26, has been using her platform on Made in Chelsea as a way of raising awareness and self-acceptance of alopecia since she joined the show for its 11th series in 2016.

Lead Loose Women host Ruth Langsford asked Liv what reaction she received when she first spoke about her hair loss on the reality series, to which she replied: "I was really apprehensive about doing it because I sort of didn't know what reaction I would get.

"But then after I spoke about it, I got so much love and so many younger girls saying how grateful they are because they suffer with it too but have been too ashamed to talk about it with anyone, so the reactions were amazing.

"After doing it, I sort of felt more at peace with having it because now I don't worry about it at all."

Liv also revealed that her alopecia meant that her confidence was knocked when it came to dating.

She said: "I had a comment once from a boyfriend who said, 'I can't have kids with you because they'll be bald'. I remember thinking, 'oh god, that's quite awful'.

"I then got into wearing lots of wigs and hair extensions, so I sort of tried to cover it up as much as possible. I'd never say to anyone "you know what, I've lost my hair, that's why I'm wearing a wig'. I would just wear hair extensions because it was sort of just a common thing I suppose."

Liv also revealed what advice she'd give to someone who was suffering with hair loss issues.

"One thing that I think people get very wrong is they think the best option is to start getting permanent hair extensions put in or dying it. I think I went through a phase when I joined Chelsea where I had very bleached hair, and it's because I was trying to cover up the bald patches because when my hair is darker, you can see how fine my hair is, but that was the worse thing I could have done.

"Go to an actual hair specialist who can try and talk you through different treatments you can try - not cover it up."

Series 22 of Made in Chelsea started at 9pm last night on E4.