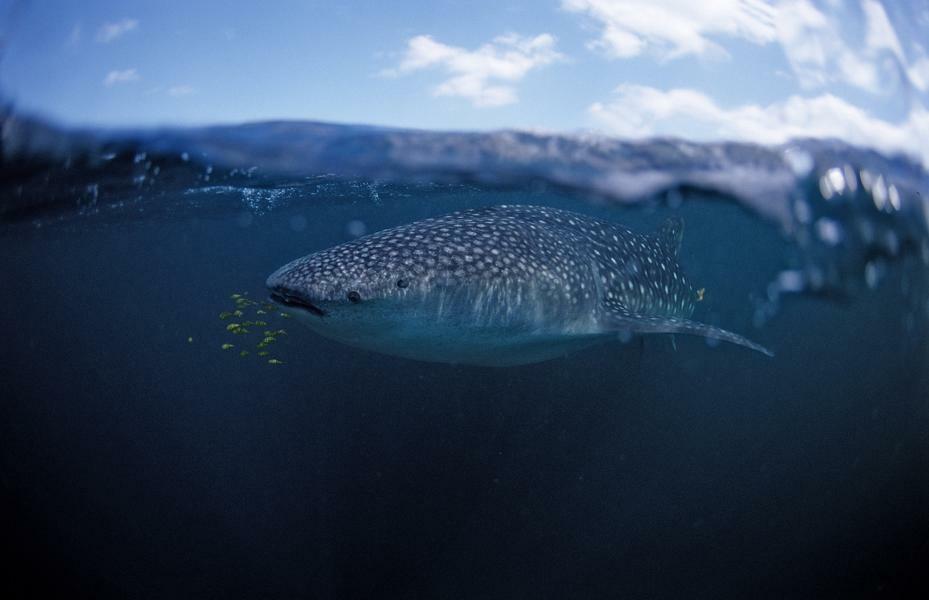 A new study published in the journal Tourism in Marine Environments has valued the whale shark tourism industry in Madagascar’s Nosy Be for the first time, with the three-month season worth $1.5 million USD to the local economy. Madagascar's number-one beach destination, the island of Nosy Be (also called Nossi-Bé) has all the ingredients you'd expect: soft white sand, turquoise waters, and great diving opportunities. Lying about five miles (eight kilometers) off the northwestern shore of Madagascar, this “Big Island” is home to a globally important whale shark (Rhincodon typus) aggregation and a growing whale shark tourism industry.

Known as the biggest fish in the world, they can grow up to 65 feet (20 meters) in length and are locally know as ‘marokintana’ which translates as “to have many stars.” A highly migratory species, whale sharks come regularly to the area between September and December to feed since Nosy-Be is known for its nutrient-rich waters that provide a valuable food source for an immense and diverse population of fish and invertebrates.

Stella Diamant, the project’s leader and research associate with the Marine Megafauna Foundation (MMF), as well as the founder of the Madagascar Whale Shark Project, said, “this study has confirmed the importance of sustainable whale shark tourism to Madagascar’s economy, particularly during its pandemic recovery. Considering the region’s international reputation as a whale shark hotspot, and the presence of an international airport, it’s likely that its shark tourism industry will grow considerably once international travel resumes.”

One thing to keep in mind as shark tourism opens to international travelers is the fact that the whale shark tourism industry here is presently unregulated. Tour operators noted significant management issues (e.g., overcrowding, lack of regulations/training), and recommend the need to better regulate whale shark tourism and interactions such as levying fines or sanctions for anyone behaving irresponsibly around the sharks. “Madagascar is best-known now for its amazing land animals, such as lemurs and chameleons, but the marine wildlife is equally spectacular. It’s fantastic to see that Nosy Be tourism operators are committed to protecting these gentle giants as well as high-quality ecotourism,” says MMF Principal Scientist Dr. Simon Pierce.

It is especially fantastic to hear since whale sharks are not formally protected by the government except in two marine-protected areas located to the southwest and northeast of Nosy-Be. The study also found that both tourists (93.4%) and operators (91.7%) support the formal protection of whale sharks, with the majority (88.9%) of tourists agreeing that they would choose a tourism destination where they are protected; tourists who visit specifically to swim with whale sharks also spend 55% more ($901,274) than ‘casual’ whale shark tourists ($581,239). “It’s far more difficult to scale back activities compared to managing tourism sustainably from the start. Our work has shown clear support from both tourism operators, and the tourists themselves, to ensure that swimming with whale sharks in Madagascar is a world-class ecotourism experience,” Dr. Jackie Ziegler from the University of Victoria in Canada and lead author of the study commented.

This new data gives many hope that Madagascar is going in the right direction for the sharks in this region, since they are threatened by fishery bycatch, collisions with vessels, and pollution. Worldwide, shark populations have declined dramatically over the last decade, with the biggest threats they face being overfishing and bycatch.