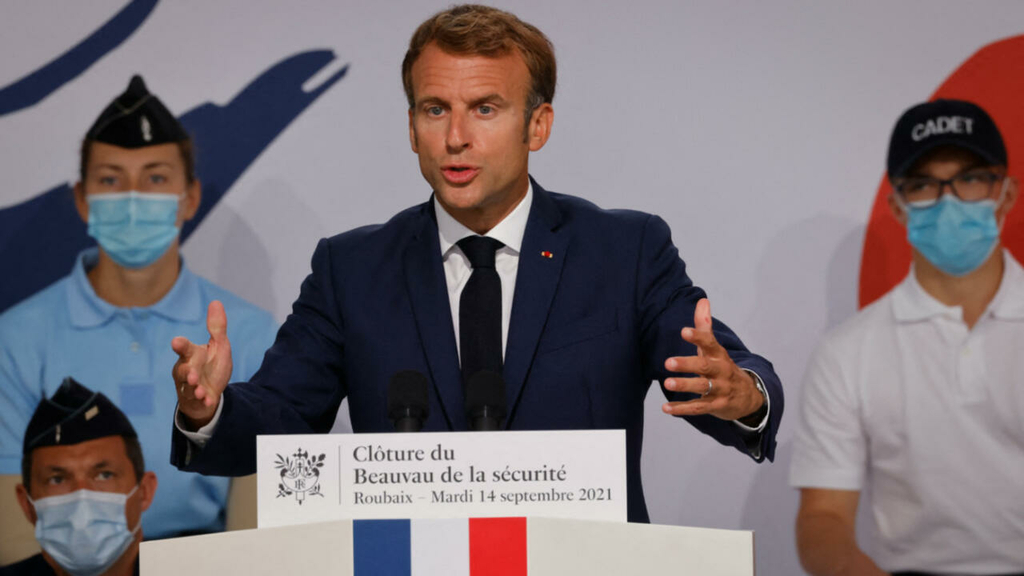 French President Emmanuel Macron announced on Tuesday measures to make the police more transparent about wrongdoings, including the publication of internal investigation reports and the creation of a parliamentary monitoring body, in efforts to improve public confidence eroded by scandals in recent years.

Speaking at the National Police School in Roubaix, in northern France, Macron said a new body composed of MPs and Senators will be in charge of assessing police actions. A similar body exists for intelligence services.

"We must strive to be above reproach... When there are mistakes, they must be punished," said Macron.

The French president also said internal investigation reports about allegations of police abuse and misconduct will now be made public. They must lead to “clear decisions” about officers and organisation issues, he added.

In his speech, Macron also sought to respond to demands from police unions for action in areas including improving the training of officers, reducing the amount of paperwork and increasing their presence on the ground.

He said the budget of the Interior Ministry, which is supervising the police, will increase next year by €1.5 billion.

The deputy secretary-general of union Unite SGP Police, Jérôme Moisant, praised on France Info radio the “quite extraordinary budget” to be released and the increase by 50 percent of the time dedicated to training officers throughout their careers.

Macron's speech followed months of discussions with police on the theme of security and relations with the population.

The trigger for the consultations was a video showing four White officers beating up an unarmed Black music producer in his Paris studio in November last year.

One of the key criticisms of policing in France is that the country does not have an independent police watchdog.

The Inspection Generale de la Police Nationale (IGPN), which currently hears complaints, is composed mostly of police officers and its head is appointed by the interior minister, who is in charge of the police.

In June 2020, thousands of French people took part in the global Black Lives Matter protests sparked by the death of Black American George Floyd at the hands of US police.

The protesters said Floyd's death echoed incidents in France, where several people have died or been seriously injured in custody or while being arrested.