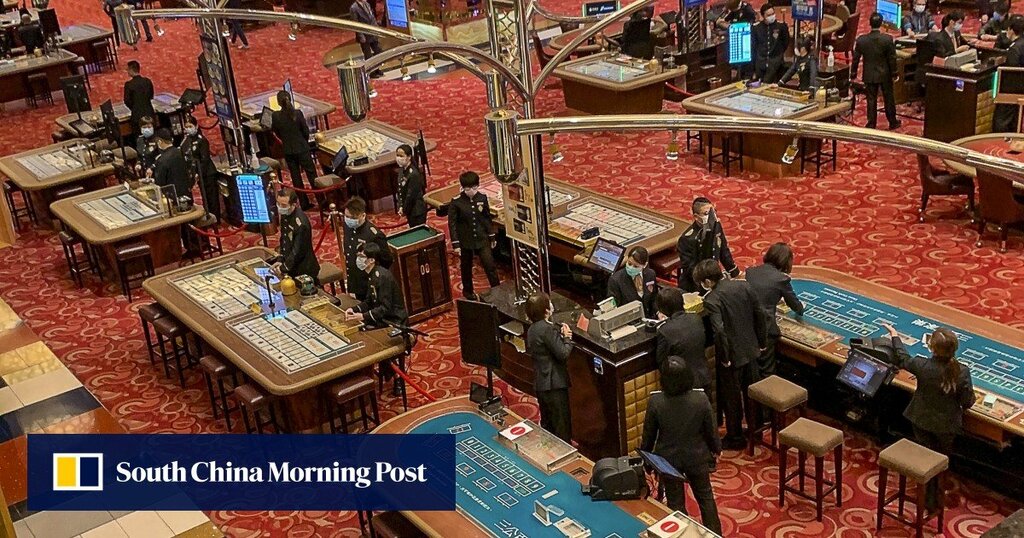 Macau’s authorities will solicit public opinion to overhaul the city’s gambling laws, sending the shares of casino operators plunging in a US$17 billion wipeout, as the proposed revisions portend heightened scrutiny of capital flows and daily operations.

The 45-day consultation will ask the public to give their feedback on a raft of rules including additional government oversight, permission for the remittances of dividends, and a proposal to slash the number of gambling tables. JPMorgan Chase slashed its ratings today on six casino operators to either “neutral” or “sell”, reversing its “overweight” call made as recently as July 20, citing investors’ doubt about the industry’s outlook amid the regulatory curbs.

“The government is doing things for the future because the industry is so important to the government and the people of Macau,” said Allan Zeman, the non-executive chairman of Wynn Macau Limited, a subsidiary of Wynn Resorts founded by the Las Vegas casino magnate Steve Wynn. “Analysts always have concerns, that is their job. For casino operators, they have to change the way they do the business, but in the long term, it will be very healthy for the businesses.”

Gambling, which is banned in mainland China because it’s anathema to Communist Party doctrine, has been legal in Macau since 1850 under Portuguese colonial administration. When Macau reverted to Chinese sovereignty in 1999, the gambling operations and the concessions were maintained.

Macau’s gambling industry contributes 80 per cent to the city’s tax coffers every year. The industry played a positive role in the city’s development, but it also left some societal issues and deficiencies in its supervision, according to Lei Wai Nong, Macau’s Secretary for Economy and Finance at a press conference on Tuesday.

The consultation will run through October 29 in five hearing sessions for the public to comment on nine different aspects, including the number of concessionaires, the duration of their licences, supervision of their businesses, criminal liability and non-gambling businesses.

Any revisions in the gambling laws will be done to promote the healthy development of Macau’s gaming industry and to enrich Macau as the world’s tourism and leisure centre, according to the city’s latest five-year development plan. The laws will also augment the Greater Bay Area (GBA) development plan.

“We admit it’s only a ‘directional’ signal, while the level of actual execution still remains a moot point,” JPMorgan said. “That said, we think this announcement would have already planted a seed of doubt in investors’ minds.”

The gambling industry in the Chinese special administrative region is facing a great challenge amid the ongoing Covid-19 outbreak. Even though it remains the only place in China that allows quarantine-free travel, Macau’s gross gambling revenue has slumped to a record low of US$554 million in August.

The number of licenses will remain unchanged at six, according to Morgan Stanley.

Still, concerns linger that the licensees will be subject to operational oversight that crimp their income and hurt their businesses.

One such proposal is for casinos to get government approvals before they can distribute their dividends, whether in cash or shares.

“While it’s unclear how strictly the government would control their capital, we believe the hefty dividends of pre-Covid days, especially those by Sands China and Wynn Macao, would be scrutinised if not restricted,” JPMorgan said.

The government also proposed to raise the shareholding levels of Macanese directors in the concessionaires from the current 10 per cent, as well as appointing monitors to supervise daily operations.

The move is “worrying,” said Ben Lee, the managing partner of the gambling consultancy IGamiX in Macau. “It is unclear how the government supervises the normal commercial operations. That draws a layer of uncertainty over the sector,” he said.