Mac Jones on being overly critical of himself: ‘I want everything to be perfect’ 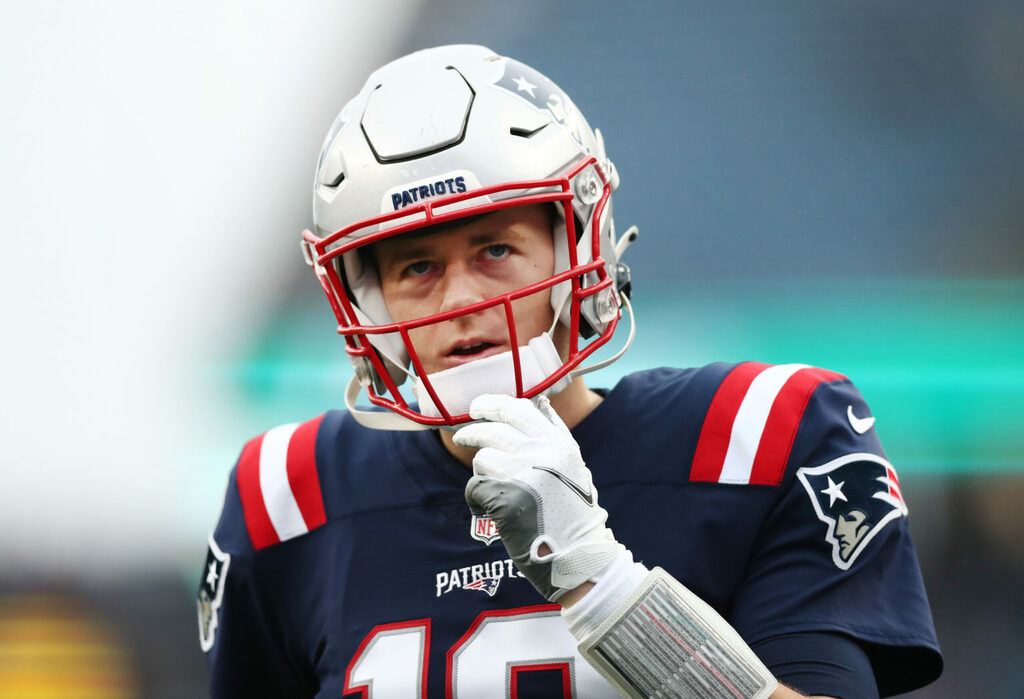 Mac Jones has often taken the press-conference podium with a sullen look and a distinctly negative vocabulary after the New England Patriots’ losses this season. With one exception, Jones has put the blame for the losses on himself. After the Patriots’ 33-24 Week 18 loss to the Miami Dolphins, he did more of the same, calling his two-turnover performance “embarrassing.”

Jones threw an interception on his first pass of the game, which went for a pick-six and got New England in a 14-point hole. Jones also fumbled the snap exchange in the red zone, and lost the ball, likely wiping points off the score board. Jones also committed a false start penalty on a fourth-and-1, where it was unclear if New England was trying to draw the defense offsides or wait until the last second to run a play against an unsuspecting defensive line.

But there was plenty of good moments: Jones converted a swath of big plays. He hit receiver Jakobi Meyers for 39- and 28-yard plays and tight end Hunter Henry for a 35- and 32-yarders.

Is Jones being too hard on himself?

“I want everything to be perfect and all that, but it’s a team sport and we’re all in this together. It all starts with me, trying to do the best job I can to get everybody the ball and operate the offense,” Jones said during an appearance on WEEI sports radio on Monday.

Considering he’s a rookie, he’s doing just fine at that, even if it doesn’t meet the high standards of former Patriots quarterback Tom Brady (Super Bowl or bust) — or the expectations Jones faced at Alabama (National Championship or bust), which he met in his only season as starter.

That doesn’t excuse his struggles, but rather it should contextualize them. Make no mistake: Jones has not played his best in these last four games, with six touchdowns and six turnovers (five interceptions, one fumble). He’s completing 59.9% (82/137) of his passes for 233 passing yards per game. That said, the game against Miami was an improvement from his performances against the Indianapolis Colts in Week 15 and the Buffalo Bills in Week 16, even if it wasn’t enough for the win.

“I think I just didn’t have my best day,” Jones said. “Moving forward, that’s something that I have to do better: get off to a faster start and put my team into a position to win and play from ahead early.”

Jones will likely need his best day against the Bills, who beat the Patriots, 33-21, just a few weeks ago.

4 thoughts on the Patriots' playoff matchup against the Bills