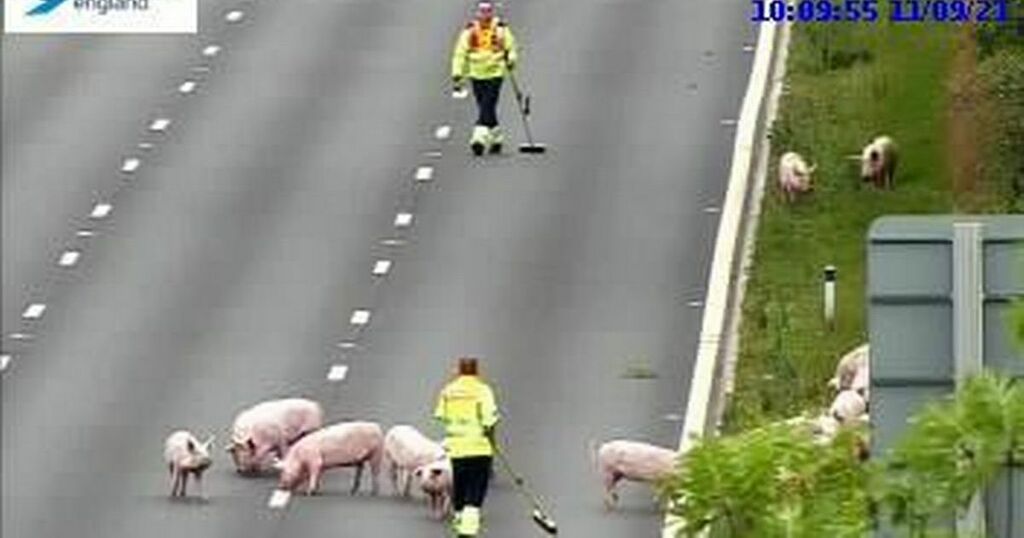 Traffic on the M62 in Salford was grounded to a halt this morning due to a 'pig-cular' incident.

A herd of 19 pigs crossed the motorway, forcing it to temporarily close.

The animals were on the loose between junctions 12 and 11 and westbound, according to the North West Motorway Police.

Highways North West tweeted about the incident, writing: "M62 westbound, J12 (Eccles Interchange, M60, M602) to J11 (Warrington East, Birchwood, A574) traffic has been temporarily stopped due to a number of pigs which are being a bit of a swine and won't move."

North West Motorway Police said: "This is due to several reports of "Pigs" on the motorway.... actually 19 Pigs on the motorway," the Manchester Evening News reports.

"Police are popping to help our colleague We'll keep you updated. [A] Matrix [has been] set," the force added.

The pigs were safely returned to their farm just before 11am, with all lanes reopening from 11.22am