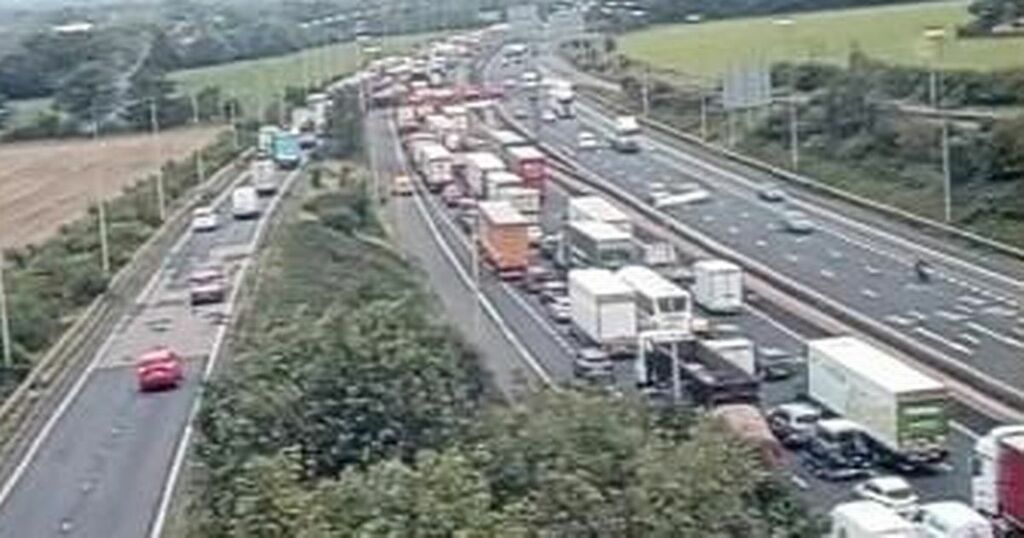 A man has been rushed to hospital in a 'serious condition' following a crash on the M6 today.

The man, in his 30s, was driving a Vauxhall Corsa that crashed into the central reservation at around 11am in the morning, on Tuesday, September 14.

Emergency services attended the scene closed to junction 21, Warrington, and took the man to hospital with serious injuries.

Cheshire Police was also called and closed two lanes on the motorway leading to delays of up to 35 minutes above the average journey time.

North West Ambulance Service confirmed that a man in his 30s has been taken to hospital in a serious condition.

A Cheshire Police spokesperson has asked anyone with information related to the crash to get in touch with officers.

They told the ECHO: "At 11.17am officers were called to junction 21 to junction 21A of the M6, Warrington following reports of a grey Vauxhall Corsa colliding with the central reservation.

"The driver of the car, a man, sustained serious injuries. A road block is currently in place.

"Anyone with information is asked to contact Cheshire Police on 101 quoting IML 1084775 or report it via https://www.cheshire.police.uk/ro/report."