LOS ANGELES — During coverage of the 2005 French Open, tennis commentator Mary Carillo famously shared an essay in which she pointed out the similarities between winning on clay and winning at life. The piece was called "I want my kids to be clay courters."

"I want them to live their lives as though they were playing them out on clay," said Carillo, who won the 1977 mixed doubles title at Roland Garros with John McEnroe. ''To know that the ground will shift under their feet, that it pays to be flexible and patient; that lateral thinking is often rewarded, so try to look around the corners of your problems; that small things are hard to do … but everything, everything counts."

Because of the properties of clay, speed and power alone won't guarantee victory. The ball travels slower. The bounce is more unpredictable. You need a lot of mental stamina and guile to make it through. The same is true in life.

Wimbledon and the US Open are where Serena Williams, who announced Tuesday that she will retire soon, had most of her memorable moments. But I believe it was on the clay courts of the French Open that she first showed her mettle.

You have to go back to 1998. By then both Serena and her sister Venus had made the unfortunate transition from curiosities to targets. "Hostile" doesn't begin to describe the environment these Black women faced. In her French Open debut that year, 16-year-old Serena reached the fourth round and was serving for the match when things started to slip away. She was broken and eventually lost 4-6, 7-5, 6-3 to Spain's Arantxa Sánchez Vicario, a three-time champion who later said: "I just think she don't have respect, and somebody needs to show her what it is. ... I teach her that lesson."

Anyway, what also happened that year in Paris was Serena quietly reaching her first career Grand Slam final. She and partner Luis Lobo lost to Justin Gimelstob and her sister, Venus, in mixed doubles. The following year, she and Venus teamed up to win their first major doubles title together on clay. Three years later, the sisters faced off in the finals. Another French doubles title in 2010. More Roland Garros hardware for Serena in 2013 and 2015. As Carillo conveyed in her essay, you can't win that much on clay with just power and speed. You have to be the consummate thinker, and Serena showed she was at just 16.

Remember that part as we reflect on her career.

Yes, the Williams sisters introduced a jolt of physicality the sport had not witnessed since basketball legend Nancy Lieberman convinced Martina Navratilova to start lifting weights. But just as Navratilova used her physicality in conjunction with, not in place of, her intelligence, the sisters were always more than just power and speed, even if power and speed were all people wanted to talk about.

When they began showing interests in things outside of the game, such as fashion and movies, many in the tennis world questioned their commitment to the sport — as if two poor Black girls could climb from the broken courts of Compton to become the best players in the world without commitment. It was another example of the sports world's nasty habit of characterizing Black athletes as "naturally gifted" as opposed to hard-working or gym rats, like their white counterparts.

To recap Serena's career without mention of this context is not to recap her career at all.

After the Williams family alleged racial slurs were directed at them in 2001 at a tournament in Indian Wells, Calif., a white player, Martina Hingis, commented, "I definitely don't feel there is racism on the tour." A few months later at the US Open, another white player, Lleyton Hewitt, accused a Black linesman of giving favorable calls to James Blake, who is Black. Addressing the chair umpire during the match, Hewitt said: "Look at him and you tell me what the similarity is."

But according to Hingis, a media darling, there was no racism on tour.

Serena has had to deal with people second-guessing injuries. She had to listen to commentators call Maria Sharapova, someone she's beaten 19 consecutive times, her "rival" because it was too hard to admit that for much of her career, she had no rival. For a solid decade she managed the pressure of being America's only hope at major tournaments — even on the days she must have questioned how much America cared about people who looked like her.

When that kleptomaniac Father Time came to steal some of her speed, it was Serena's guile that kept her winning, much in the same way it keeps Tom Brady dominating past his physical prime. And that's exactly how we should be thinking about Serena, like Brady and all the other iconic male athletes whose sports IQ are routinely celebrated during games.

If Carillo is right in her essay, and "a fatigued mind makes bad decisions," the mental stamina Serena has shown needs to be as celebrated as her booming serve.

In 2014 Shamil Tarpischev, the president of the Russian Tennis Federation, referred to her and Venus as "brothers." In 2018, Serena was depicted with racist and sexist stereotypes by an Australian newspaper following her meltdown against Naomi Osaka at the US Open. Just imagine: The woman who had won Australia's biggest title seven times, including once while pregnant, was drawn like a caricature from the Jim Crow era.

It is impossible for statistics to communicate what it required mentally to be Serena — a powerful, dark-skinned Black woman on the world stage, in an era when we still see banana peels being thrown at Black players during soccer matches. But it is possible to point out the conditions in which her statistics were achieved. Because if you don't talk about Serena's intelligence and mental toughness, you're not really talking about Serena at all. The 23 Grand Slam event titles, 319 weeks at No. 1 and four Olympic gold medals did not come in a vacuum. They came through unique challenges, the kind of challenges only Serena Williams was built for. The kind of challenges you can't defeat by simply being faster and stronger than everyone else. 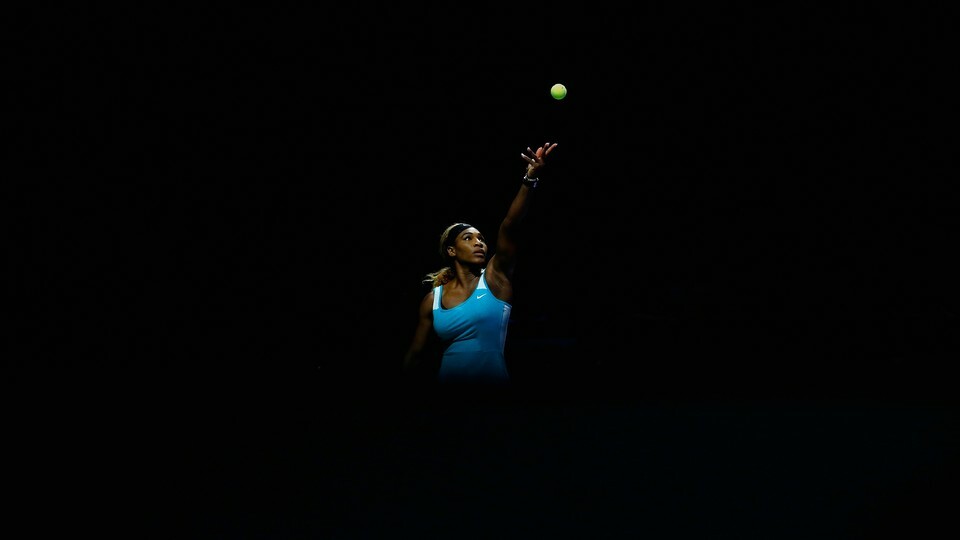 Why Serena Williams’s Retirement Is Different
Her name is synonymous with tennis itself.

The Atlantic
From analysis to the latest developments in health, read the most diverse news in one place.
Serena Williams set the marker that matters – no asterisks needed

Serena Williams is famous for her 23 Grand Slam singles titles

Saying “the countdown has begun,” 23-time Grand Slam champion Serena Williams announced on Tuesday that she is ready to step…

Tennis star Serena Williams has announced through an essay released Tuesday by Vogue magazine, and a post on Instagram where…

Livemint
One place to find news on any topic, from hundreds of sites.
Serena Williams’ farewell an eloquent acknowledgement of biological inequality

Williams’s career is coming to an end before it would if she were a male player, simply because she must…