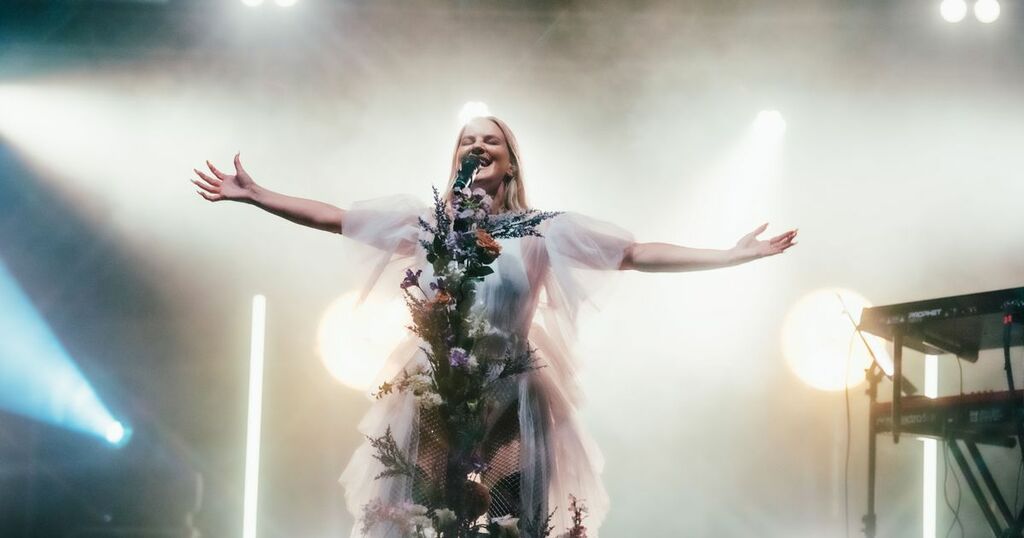 Irish singing sensation Lyra broke down in tears on stage as she performed to a live audience this week - and called on the government to allow live events to return to full capacity.

The Falling hitmaker from Co Cork headlined the first of a week of intimate concerts by the team behind Sea Sessions on Tuesday night - and told how her return to the scenic stage set up at the Cliff’s in Bundoran was ‘magical’.

Speaking just after her ‘September Sessions’ gig in Co. Donegal, she told Irish Daily Mirror: “The audience rose the sea level in Bundoran and it was insane.

“As an artist, being on stage singing to fans is the most special part for me, seeing the joy and happiness on their faces makes every struggle I have been through worth it and more so I’m glad we are getting events back on the map.”

Calling on the government to allow the live events industry to return to full capacity, she went on: “Seeing last night’s crowd and the enjoyment they had been out is a sign we need to get this industry back to normal.

“Everyone else seems to be at full capacity festivals where it’s not illegal to dance, it’s time we done the same.

“Not just the artists need it but the public too. We have all been through enough.”

Lyra, who is a judge of Virgin Media’s new show The Big Deal, became emotional on the stage as the crowd at the intimate gig braved the rain to sing back to her and cheer her on during her powerful hit New Day.

Wiping away tears, she thanked the audience for their participation and gushed: “That was special.”

The 28-year-old added: “Thank you to everyone who came and to the amazing crew for making Sea Sessions happen.”

“I will definitely be back.”

‘September Sessions’ will continue for the rest of the week at the Great Northern Hotel Garden in Bundoran with Gavin Jaes, The Corona’s and Roisin O part of the line-up.

The intimate covered outdoor concerts have a limited capacity of 200 per show.

Bell X1, Thumper, N.O.A.H will play on Thursday, followed by The Coronas, Róisón O, Eimear Crehan and The Zen Arcade at the weekend.