Lyon Reaffirms Its Place Atop the Women’s Soccer Hierarchy

TURIN, Italy — This was supposed to be the one, the UEFA Women’s Champions League final swept away by Barcelona Femení and its winds of change. No one had dominated the sport over the last two seasons like Barça had, no one looked more destined to take the crown and leave no doubt.

But on Saturday at Juventus’s Allianz Stadium, there was a stifling heatwave where no winds, literal or figurative, would be allowed in. Lyon, the all-time leader in Women’s Champions League titles, was certain that it would only be one thing: more of the same.

With a dominant 3–1 win, Lyon claimed its eighth Champions League title and made clear that everyone, including Barça, still looks up to the club as European royalty. And while the match and title belong to Lyon, Barça’s impact on the sport was clear from the start thanks to its impressive traveling support.

From an hour before the match, Barça’s fans were raucous inside the stadium for a moment that the sport had never seen: two dynasties in their own right, fighting for a singular prize as Europe’s best team. Throughout the day, Barça fans’ drums and singing could be heard echoing throughout the city, and their procession from the city center to the stadium shut down traffic and required a police escort. In the end, they filled 39 overnight buses and four planes destined for Turin.

“I feel bad for them for all these fans who had traveled a long way, some of them taking buses that took 15, 16 hours,” Barça manager Jonatan Giráldez said. “They’ve been key for us throughout the year and unfortunately we can’t give them the title. We are sad. … It felt like we were playing in our own stadium, the noise was incredible.”

Lyon fans only had a small corner of the stadium to themselves, but the team made the most noise on the pitch. Amandine Henry’s thunderbolt of a strike from 35 yards set the tone in the sixth minute, and Lyon’s fans roared with a steady confidence that belongs to a base that is used to dominance.

“I saw exactly where it was going and I didn’t even wait for it to hit that top corner—I just started celebrating,” said Henry, who won her second player of the match award in a Champions League final.

After the match, Giráldez admitted that the opening goal shell-shocked Barça and sent it into a spiral from which it couldn’t recover. The only problem that seemed to affect Lyon’s players was the heat as it bordered 90 degrees, leading to cramps and injuries. But Lyon’s demeanor was ice cold against a team that won all 30 of its league games and entered the game with 43 wins in its last 44.

Thirty-three minutes in, Lyon was up 3–0, and not even a goal from Barça star Alexia Putellas, the competition’s leading goalscorer this season with 11 goals, could make it a game. Instead, Saturday was all about a familiar queen reclaiming its throne.

In 2019, after Lyon handed Barcelona a resounding 4­–1 defeat in the final, then-Barça coach Lluís Cortés sat his team leaders down for a debriefing. The questions asked ranged from, “What went wrong?” to, “How could Femení close the gap?” The consensus was that the French giants were literally that: stronger, faster, dominant in every physical aspect of the game.

So Barça went forward with a plan to match Lyon’s physicality while staying true to its identity as a pressing side built on hypnotic passing. Saturday’s final would be the true test, and the result was that Lyon was Herculean, an immovable object that could stop any force. Lyon once had a firm hold on the sport, and Saturday was proof that it still does.

The performance was a testament to Lyon manager Sonia Bompastor’s plan to strike quick and play fast. In essence, Lyon went in to shrink the canvas upon which Barça usually paints its masterpieces, and its sheer force of will never wavered.

With the win, Bompastor became the first woman to win the Champions League as a player and a coach, adding to her legacy that began as a player on Lyon’s first championship team in 2010-11. Meanwhile, three players in Lyon’s matchday squad (Wendie Renard, Sarah Bouhaddi and Eugenie Le Sommer) have been a part of all eight titles, showing that Barça’s is not the only philosophy that should be trumpeted to the masses.

“We are making history,” Bompastor said. “But I said this prior to the game. What was important for me was that it was the 10th final for the club, and a chance at an eighth title.”

In a year that has been dominated by Barça’s triumphs on the field and in the stands, perhaps Lyon’s run needs repeating. The club has played in 10 of the last 13 Champions League finals, including a stretch from 2015-16 to 2019-20 when it won five straight.

Saturday’s result doesn’t erase the fact that this was a monumental year for the women’s soccer in Europe. Investment has never been higher; the stories have never been bigger. Seven of the eight Champions League quarterfinalists had to move their games to bigger stadiums. Barcelona broke the world record—twice—for attendance at a women’s soccer match with its 91,000-plus crowds at the Camp Nou.

But now, Barça will have to hold another painful debriefing in the hopes of rising to Lyon’s level. The French club’s success has always been the goal, it might just take more time than previously thought—that is, if Lyon ever actually fades. The only thing certain is that this is a club built to last, and Lyon still holds all of the power in deciding when and if its reign will come to an end. 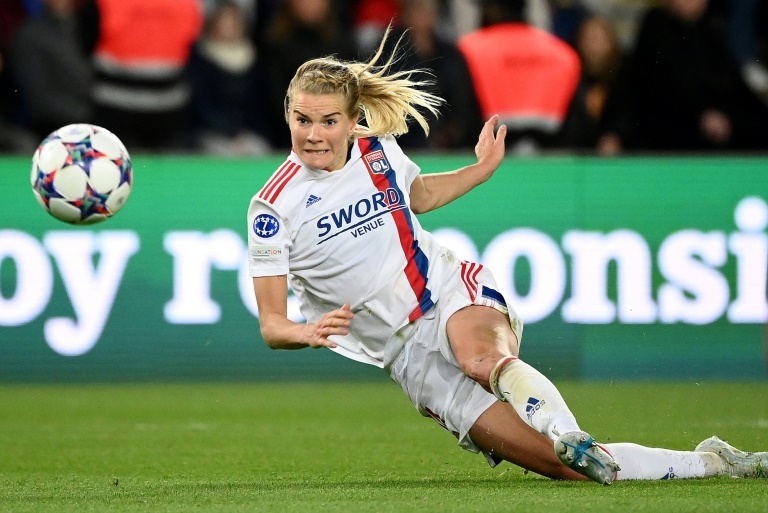