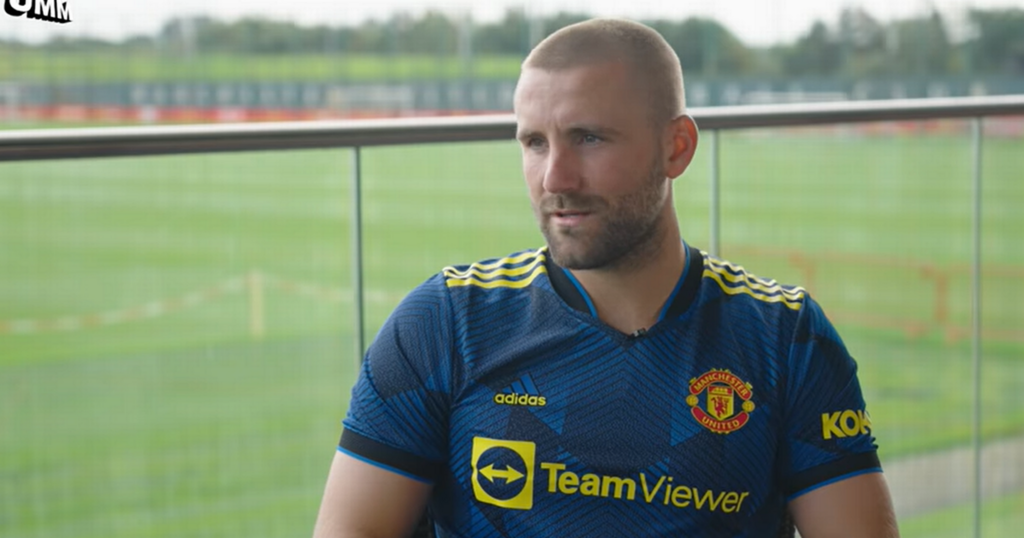 Luke Shaw has revealed that conversations with Ole Gunnar Solskjaer and Harry Maguire were key to him stepping up a level and becoming more consistent in his performances.

The 26-year-old left-back has been incredible for the last 18 months or so for Manchester United, with his excellent performances seeing him claim back the starting position for England, his excellent form culminating in him scoring in the Euro 2020 final.

His attacking play has gone up several notches, making him one of the most creative full-backs in Europe last season and he has started well once again this year, as United began the season with two wins and a draw from their first three Premier League games of the season.

Shaw then got himself an assist for England during the international break, setting up Maguire from a corner in their 4-0 win over Hungary.

But speaking to ' UMM ' YouTube channel, the former Southampton man has now revealed that it was conversations with his manager and captain at club level that helped him to focus and become more consistent in his performances.

He said: “I always feel like I can do better of course. I had a really good chat with Ole, I talk a lot with Harry [Maguire] as well and we always have a good chat about keeping the levels high.

"Consistency for me is key, I’m getting older, more mature and more experienced and it’s time to step up on a higher level and perform consistently."

Shaw is likely to play for England against Poland on Wednesday night, before returning to the United line-up against Newcastle this weekend at Old Trafford.