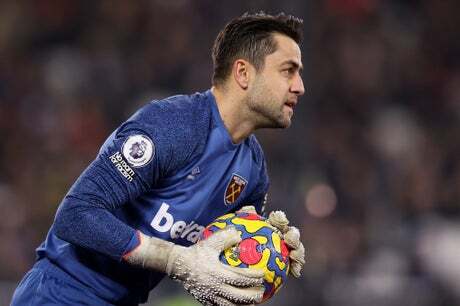 Lukasz Fabianski hopes to agree a new West Ham contract and extend his "special" time with the club beyond this season.

The Hammers goalkeeper made his 300th Premier League appearance in West Ham's 2-0 win over Norwich last night, is producing some of his best form and is in talks over a fresh deal, with his current contract set to expire at the end of the season.

Manager David Moyes has been delighted with the form of the former Arsenal man since the arrival of summer signing Alphonse Areola, which has pushed Fabianski to another level this term.

The Pole produced a superb save to deny Norwich's Adam Idah during the victory over Dean Smith's side, with the three points propelling the east Londoners back into the Premier League's top four.

Even at 35, Fabianski has little intention of slowing down just yet. Asked whether he would still be at the London Stadium next season, Fabianski told Standard Sport: "I hope so. I don't know what to say, it is always a tricky question.

"I am very happy in this present time and present moment. I am really focused on doing well for the club and if everything goes well then I don't see any other options.

"I just keep pushing. It is a matter of health, a matter of playing at the right level and if I continue to do that I don't set myself any time. I wouldn't want to be judged by age, I wanted to be looked at with the way I perform on the pitch.

"I will continue to do my best, look after myself to stay fit and be at the good level. That is the main thing, try to keep pushing and do my best for this football club.

"It is a really special time to be part of this club at this moment. The club is going in a really good direction."

Fabianski added: "When I left Arsenal the main thing was to play regularly as a No1 and there was always a dream to be with a club that would fight for something more. I think West Ham is in this moment that they are trying to take another step forward and be a club that will compete for European places."

West Ham are firmly back in the race for those European spots after a third consecutive Premier League win moved them back above Arsenal in the standings.

After a difficult month to end 2021, the Hammers are looking back to themselves and Fabianski kept a first clean sheet since the 0-0 draw at Burnley on December 12.

"It feels nice to be back on a good run. We had a tricky spell in December, with the amount of games we played with some of the injuries," said Fabianski.

"It is always nice to keep a clean sheet, that is something that is important for the goalkeeper. It always gives you something from the game if you keep a clean sheet. I was happy to manage to get a hand on that strike because it was quite powerful. We are pleased with the performance."

Fabianski has also been able to restrict Areola to cup appearances this season despite many expecting the French World Cup winner to have taken over as No1 by this point in the season.

"Obviously he has pushed me on because Phonse is a really good goalkeeper," said Fabianski. "For me personally it is always a sign that you are going to have to step up and try to improve as well. For me the competition has been really good.”