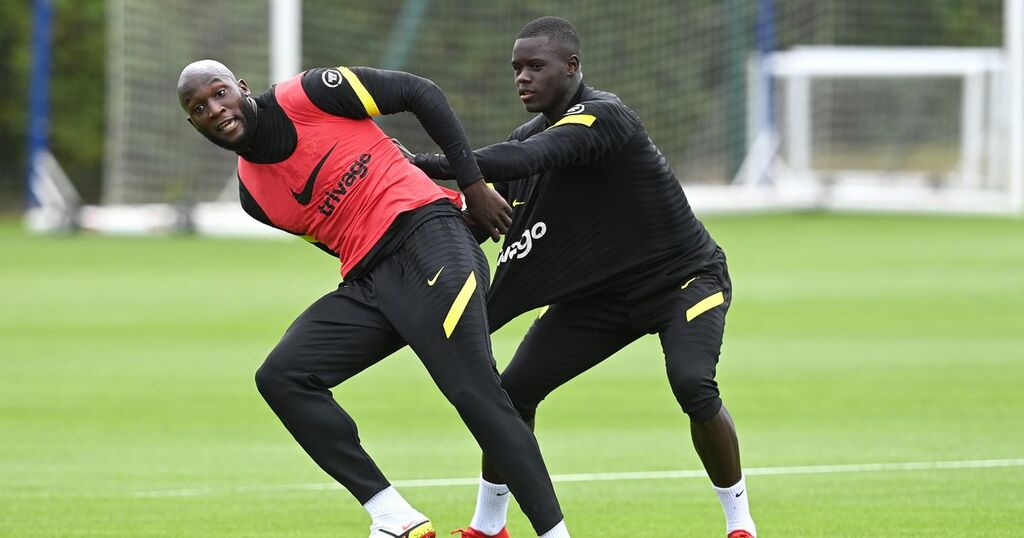 Thomas Tuchel will be aiming to continue Chelsea’s positive start to the season this weekend as the Blues host Aston Villa at Stamford Bridge.

It has been a week of disturbed preparations for the German however, with the international break causing havoc for his pre-match plans.

Meanwhile, the threat of a ban for Thiago Silva and an emergency landing for the Blues German triumvirate threatened to derail preparations even more.

Luckily, Tuchel has his full complement of players back in training and football.london takes a look at the clues that the Blues may have dropped at Cobham ahead of the visit of Villa.

Chelsea had some concerning news over the international break with record signing Romelu Lukaku having reportedly picked up a knock with Belgium.

The news was even more worrying considering Lukaku’s quick start to life back at Chelsea since arriving from Inter Milan.

However, Thomas Tuchel revealed in his press conference that the striker had trained “no problem” and judging from images from Cobham, that certainly appears to be the case.

Lukaku appears sure to be involved against Villa.

It has been reported that the centre-back could be banned by FIFA for failing to report for international duty. He continues to train as normal regardless of any potential outcome.

Should the Brazilian be restricted to the sidelines, one man who could deputise is Malang Sarr.

The Frenchman is yet to make his debut for the Blues but was named in the club’s Premier League squad for the 2021/22 season and was seen grappling with Lukaku in training.

No ‘ill’ effects for Havertz

German midfielder Kai Havertz certainly had a dramatic fortnight whilst on international duty.

The 22-year-old was at first kept on the sidelines by “flu-like” symptoms as confirmed by Germany boss Hansi Flick and was then involved in a somewhat scary incident alongside Timo Werner and Antonio Rudiger as the nation’s flight back from Iceland was forced into an emergency landing.

Thankfully, Havertz appears to be showing no adverse effects of either incident having been all smiles in training. He will surely be hoping to continue his positive form having opened the scoring in the 1-1 draw against Liverpool last time out.