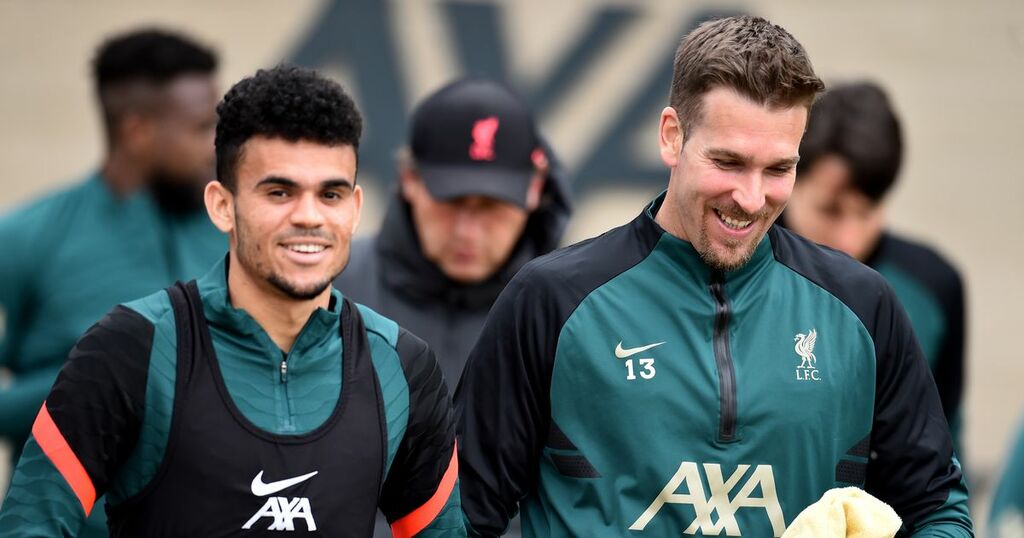 Luis Diaz being helped to settle at Liverpool by six teammates - "No idea how they talk!"
Luis Diaz has made an instant impact since joining Liverpool in January but the Colombian is being helped off the…

Luis Diaz being helped to settle at Liverpool by six teammates - "No idea how they talk!"

Luis Diaz has hit the ground running at Liverpool on the pitch and is being helped off it by a selection of teammates.

The winger made a January move from Porto and already looks to be, yet another, sensational piece of transfer business by the Reds. Diaz has scored five times for Liverpool and slotted straight into the team and their style of play.

He was integral to their Champions League comeback on Tuesday night at Villarreal.

Diaz, a Colombian international, speaks Spanish as his native language whilst playing in Portugal will have almost certainly seen him learn Portuguese. It has allowed him to immediately communicate with the likes of Thiago, Roberto Firmino, Alisson and goalkeeper Adrian.

English duo Harvey Elliott and Curtis Jones have also struck up a connection with Diaz, which has left Jurgen Klopp dumbfounded.

He said on the Colmbian: "Thiago, Bobby, Ali, Adrian have all helped him. He's also really close to Curtis Jones and Harvey (Elliott), I have no idea how they talk. On an emotional basis, they are like this [locks fingers] and they were after a week and it’s really strange."

Diaz has made 21 appearances for the quadruple chasers since joining midway through the season. His arrival has provided the squad with a fresh injection as they chase an historic quadruple with several trophies still up for grabs. Liverpool had planned to wait until the summer to sign the winger, but Klopp is thankful they moved early.

He added: "An unbelievable impact, clear. There’s enough space in each squad in the world for a world-class player – that’s what Luis is, that's why we were so desperate to get him and that's why we were so happy that we could get him. It makes all the difference. If you go through our games in the Champions League when we played Porto, he was still there, so it's a really strange situation.

HAVE YOUR SAY! Will Liverpool win the quadruple? Let us know in the comments

"Now he goes with us to the final, which is absolutely outstanding. You could see what it means to him. Yes, involving an outstanding player is good for each squad and was good for us, definitely – not only because we had the African Cup when the boys were not here, but because of that as well. Thank God we made that decision because it helped everywhere."

Andy Robertson has been among those to see first hand how good Diaz is, sharing the left flank with the new boy at Kirby. The Scot has backed his teammate to become even better despite already making a blistering start to life on Merseyside.

He said: "He's a special, special player. The talent he has, the will he has to win. He fits us perfectly... He's been special since he came in and hopefully he'll only get better with a full pre-season which is scary."

Luis Diaz being helped to settle at Liverpool by six teammates - "No idea how they talk!"
Luis Diaz has made an instant impact since joining Liverpool in January but the Colombian is being helped off the…