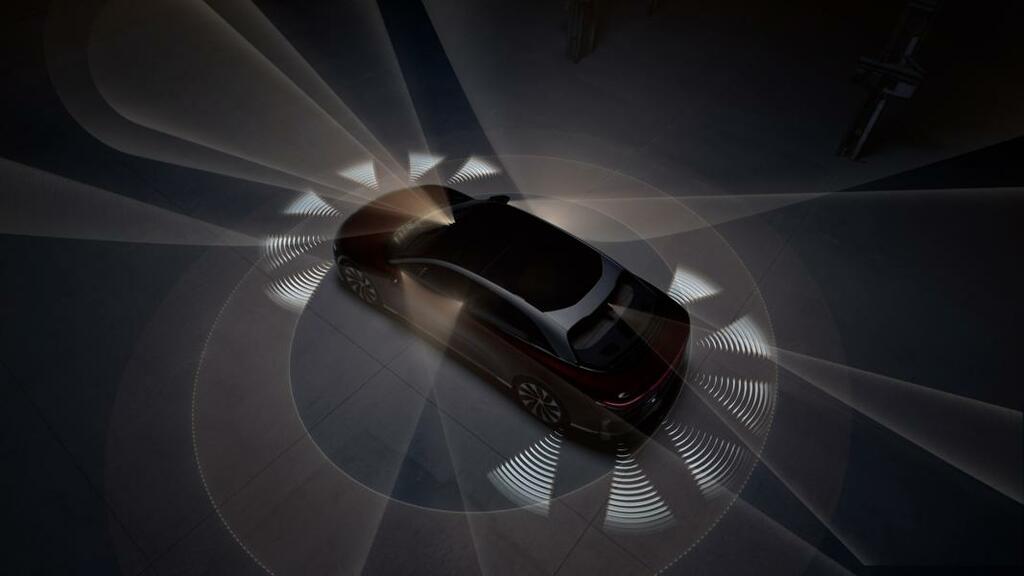 Lucid Motors has only just started regular production of its first product, the Air electric sedan, and it hasn’t previously provided much detail on its Dream Drive advanced driving assistance system (ADAS) suite. Lucid has now revealed a few more details about the initial functionality of Dream Drive but much remains a mystery.

The perception system consists of 32 sensors to provide a full 360 degree view around the car.  There are 14 outward looking visible light cameras plus another four that look down and around the perimeter of the car for the surround view system. That’s more cameras than found on any other current production model and even most automated test vehicles. Lucid is also including 5 radar sensors including a long-range sensor to look down the road and four shorter range corner radars for blindspot monitoring, cross traffic alert and cut-in detection.

Lucid is also one of the first automakers to incorporate a lidar sensor. However, contrary to the press release, other automakers have used them previously for products sold outside of North America including Audi and Honda. Many more automakers will be adding lidar in the next year or two including Mercedes-Benz, BMW, Volvo, Polestar, GM and several Chinese OEMs.

Having this many sensors requires a lot of network bandwidth to move data around and Lucid has built a new from the ground up electronic architecture that includes four zone controllers at the corners and gigabit per second ethernet. Lucid hasn’t revealed any details about its compute platform for the Air but it will have to be quite powerful. .

While the Air has an impressive hardware stack for a startup automaker, the Dream Drive functionality is fairly conventional to start with. Along with all of the usual capabilities like forward collision alert, blindspot monitoring and adaptive cruise control, Dream Drive includes a Highway Assist and Traffic Jam Assist. Both of these appear to be essentially the same function, maintaining a safe distance to the vehicle ahead and lane centering although the traffic jam system is optimized for speeds below 40 mph.

At launch, these appear to be hands-on systems similar to what is offered by Volvo’s Pilot Assist or Nissan’s Pro Pilot Assist. Lucid has included an infrared driver monitoring system to ensure the person behind the wheel keeps eyes on the road and some form of sensing for hands on the wheel although it’s not known yet if this includes capacitive sensors in the steering wheel or just a torque sensor like that used by Tesla .

Over time, Lucid plans to increase the functionality of the system to at least add hands-free capabilities although it’s also unknown how far the new company plans to take this. The sensing suite should be able to handle the same type of level 3 functionality that Mercedes-Benz has in its new Drive Pilot or Honda has recently launched in Japan on the Legend. Actually deploying this capability will likely depend on local regulations since it would allow the driver to look away from the road.

Update: Due to a miscommunication, the opening paragraph has been revised to clarify that there is in fact no OTA update being distributed to the Air yet. Lucid is only providing some detail on the initial functionality