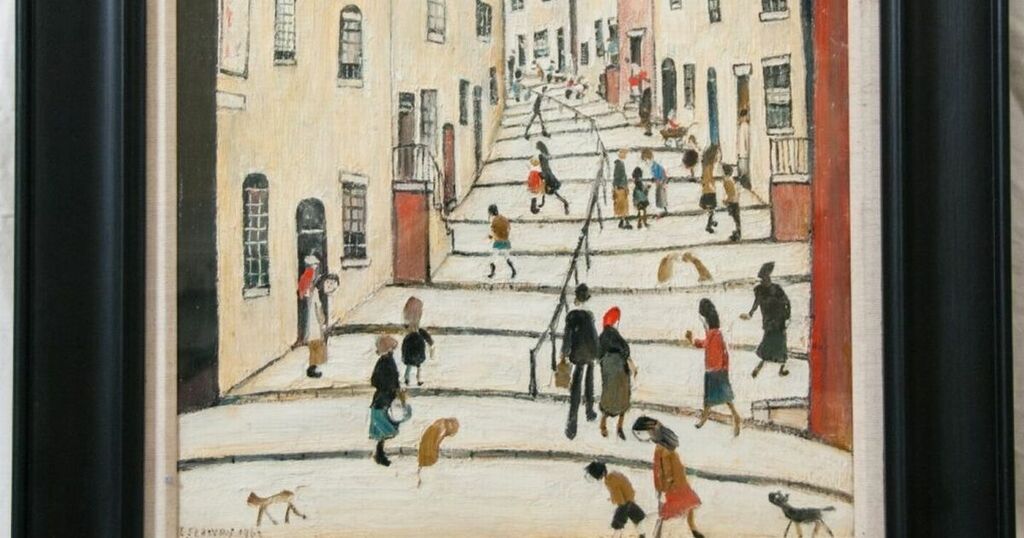 A painting by LS Lowry depicting a street in Stockport has sold at auction for £350,000.

The Street With Many Steps, signed and dated by the famous artist in 1961, was sold by Chrystals Auctions at The Nunnery in Douglas, Isle of Man, on Wednesday afternoon (September 15).

The 48 x 38cm oil on canvas painting, which had been expected to sell for around £500,000, is one of two by the artist to depict Crowther Street in Stockport.

The cobbled street, near Stockport Market, is shown in the oil painting as a bustling place with dogs, children and people congregating outside houses.

The other painting of Crowther Street dates back to 1930 and is owned by Stockport Heritage Services.

Chrystals acted as executors for the family selling the later painting while Murray Keefe served as auctioneer.

Details of the original auction winner were never disclosed, although it was revealed to be a lady living on the island who had once been a hotel owner in Blackpool.

By chance, Murray rediscovered the painting last year as he was clearing a house in Laxey while acting for the executors of a local family.

Born in 1887, Laurence Stephen Lowry spent much of his life in Salford and his work is strongly associated with Greater Manchester.

More than 400 of his works are housed at The Lowry theatre, which is named after him.