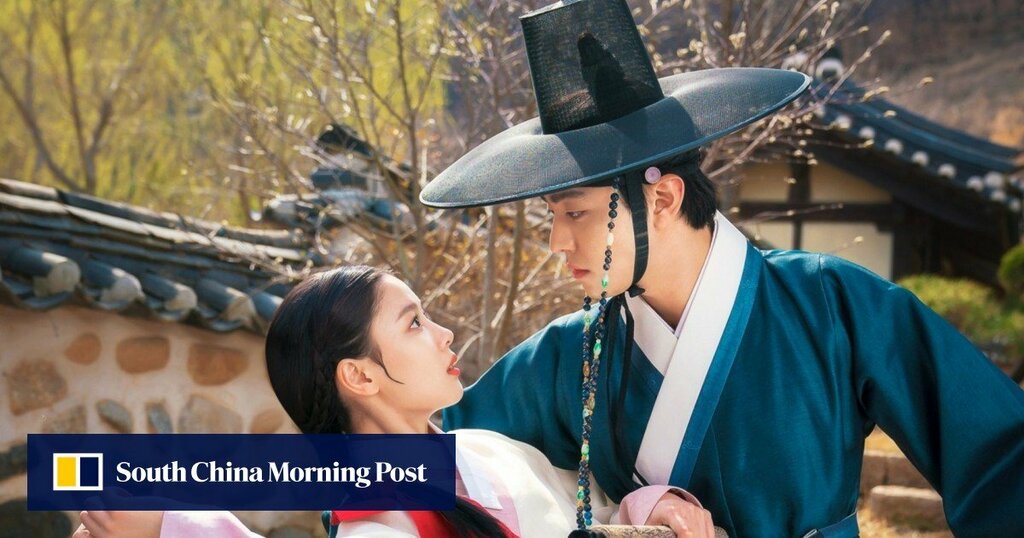 What could be better than pairing the sweeping scope of period love stories with the escapism of fantasy romance? Lovers of the Red Sky, with its star-crossed sweethearts, caught between scheming royals and vengeful demons, is the latest addition to the period fantasy romance subgenre of Korean drama.

Kim Yoo-jung and Ahn Hyo-seop lead this adaptation of the novel of the same name penned by Jung Eun-gwol, known for the books that spawned the hit period dramas Moon Embracing the Sun and Sungkyunkwan Scandal. In the director’s chair is Jang Tae-yoo, who directed My Love from the Star, one of South Korea’s signature fantasy romance tales.

Set in the reign of the ancient Korean Joseon dynasty, the story begins with a ritual in which the king and his father attempt to exorcise a dangerous demon, but only succeed in trapping it in a portrait. Before entering the portrait, the demon curses its painter as well as the officer in charge of the ritual.

Following this, Hong Cheon-gi, the daughter of the painter, is born blind. Born on the same day is Ha Ram, who will train to be a scholar. The pair become inseparable childhood friends until a dragon ritual is performed to pray for rain.

During the ritual, which demands a human sacrifice to be successful, Cheon-gi and Ha Ram find themselves plunged underwater. Cheon-gi magically regains her sight, only for Ha Ram to be struck with blindness, and after the ordeal, the children forget about one another.

K-dramas are typically fairly loaded stories with several characters and moving parts, and in many cases, the opening episode of a show will set up the rest of the story with what amounts to an extended flashback. We get the background to the conflict that will drive the narrative, and often meet younger versions of the characters who will soon lead the show.

8 new Korean dramas to look out for in September 2021

These information dumps can be a mixed bag, a necessary ill we have to plough through before we get to the meat of the story. Occasionally they can be fairly compelling intros to the plot – recent examples of this include Itaewon Class and Start-Up – but sometimes they can be tiring and a little awkward.

Unfortunately, Lovers of the Red Sky falls in the latter category, with a dense and manic opening episode that veers wildly in tone and suffers from heavy-handed exposition and slapdash flourishes such as some horrid CGI wolves.

Thankfully, this is only a temporary setback, as the show quickly finds its feet when we meet the grown up Cheon-ki (Kim) and Ha Ram (Ahn) in the present. The story slows down to a pleasant pace as it makes room for comedy alongside the burgeoning romance and political scheming bubbling in the background.

Cheon-ki is now a student in the prestigious Royal Academy of Painting, and not only is she a natural talent who cheekily overshadows her classmates, she’s also the first woman painter to be admitted to the school.

We catch up with the blind Ha Ram, who has become an astrologer whose good looks and striking red eyes make him the centre of attention wherever he goes.

One day, as she tries to escape a shady group of criminals for whom she painted some forgeries, Cheon-ki finds herself hiding in Ha Ram’s palanquin. This meeting sets something off within him and, after she leaves his side, he is taken over by a demon who wants to steal Cheon-ki’s eyes.

With a helping hand from a few guardian angels, the demon is held at bay, and an unconscious Ha Ram falls from a tree into Cheon-ki’s lap. Cheon-ki quickly develops a crush on the dashing astrologer, but soon also draws the attention of his friend Prince Yangmyeong (Gong Myung).

Beyond capturing Cheon-ki’s heart, Prince Yangmyeong has other concerns to contend with, such as the scheming Prince Sooyang (Kwak Si-yang), who longs to be the next king.

Love in the Moonlight star Kim is in familiar territory as the spunky young Cheon-ki. She switches ably between rascally charm and playing a young girl caught in the breathless blush of first romance.

Somewhat less convincing so far is Ahn (Dr. Romantic 2), who comes off as a little drab in his role as Ha Ram. Tall and brooding, he looks the part, but in the show’s early episodes he has lacked presence. More impressive has been co-star Gong Myung (Extreme Job), who brings a goofy charm to the show as Prince Yangmyeong.

The king’s court scheming, an evergreen element in Korean period dramas, is thankfully kept to a minimum in Lovers of the Red Sky, leaving the show to focus on what it’s here for: a timeless, fantasy-infused tale of young love, with occasionally gratuitous shots of Ha Ram’s sweaty abs thrown in for good measure.

Lovers of the Red Sky is streaming on Viu.