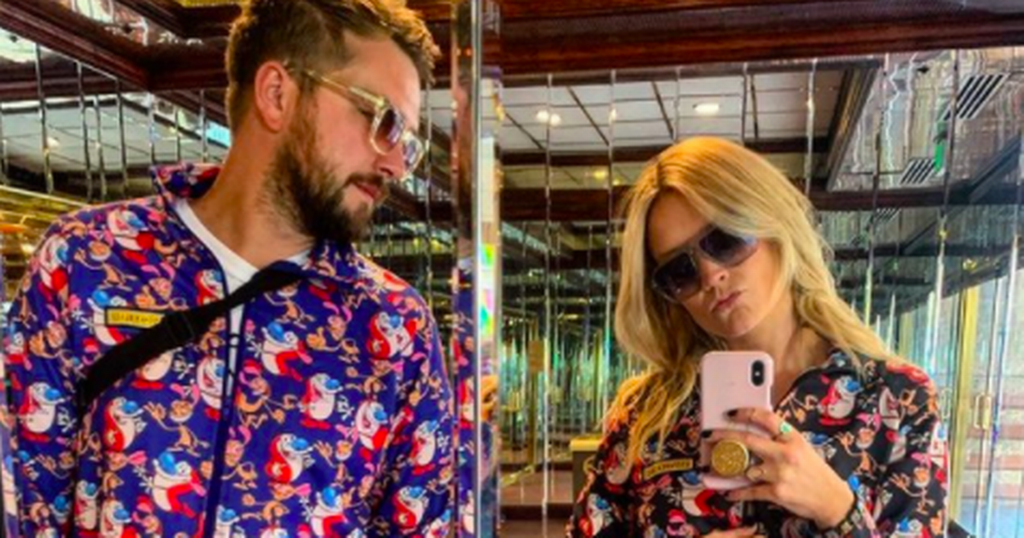 Scots Love Island narrator Iain Stirling and host Laura Whitmore were met with hilarious reactions from fans as they decided to show off their latest fashion purchase when they walked out together.

Iain is currently on a comedy tour and had already shown off his blue tartan tracksuit to fans as he hit the road.

However nothing topped the matching Ren and Stimpy onesies he and Laura decided to wear out.

Iain, who wore a blue coloured version of the suit while Laura paraded around in a black coloured one, wrote: " Went out in public like this. Regret nothing."

Celebrity Juice Keith Lemon was amongst the first t compliment them saying: "You look ace!!!

Vicky Pattinson also asked: "Is it just me who thought you were holding giant, matching ski poles?!"

One fan wasn't convinced as they volunteered: "Jedward let themselves go."

And another commented: "Haha no way Ren and Stimpy what a throwback."

Some of the Scots were keen to know if their baby girl also had a matching onesie.

One asking: "Please tell me the wean was wearing one too."

And another noted: "Keith lemons style is definitely rubbing off on u too."