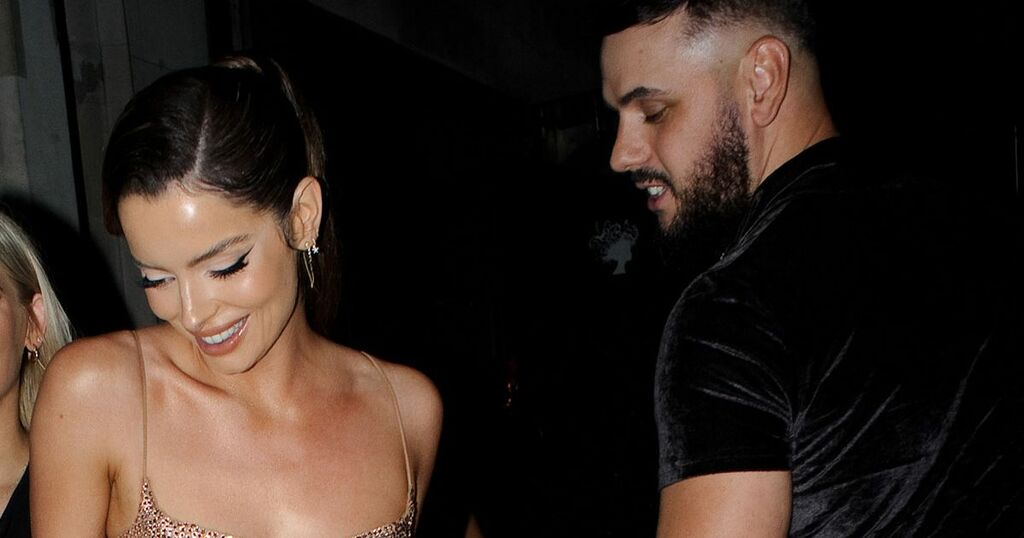 Maura Higgins had to brush off an interested admirer after he seemingly grabbed her arm while she was leaving a party after the National Television Awards on Thursday night.

The star, 30 pulled her arm away from a stranger as she left the bash at French restaurant Bagatelle in Mayfair, London, at 3am.

She'd attended the party with her boyfriend Giovanni Pernice, 31, and was seen leaving with a female friend.

Maura attended the NTAs wearing a gold sparking crop top and long skirt which showed off her mid-rift, pairing the outfit with matching gold shoes.

She went official with her boyfriend, Strictly pro Giovanni, in July after posting photos of the loved up couple to Instagram.

She posted a photo of the pair with the caption: "I'm yours" with a love heart emoji.

Maura split from her former boyfriend and fellow Love Islander Chris Taylor back in May of this year.

Just a week ago, Maura took to her Instagram once again to post a photo with Giovanni celebrating his birthday.

She shared a selfie of the couple with the caption: "Happy Birthday to the man who makes me feel beautiful and loved every single day, You make my world complete. I love you."

Recently Maura has made a move into the presenting world where she has been working in her home Ireland on Glow Up Ireland.

The show sees amateur makeup artists compete in a range of challenges to be crowned Ireland's next professional make-up star.

Due to her recent presenting experience, some fans have called for the Irish star to become the next Love Island presenter.

The Daily Mail reported that TV bosses wanted to revamp the next series which would air in 2022 which would mean that current host Laura Whitmore, 36 would be replaced.

However a source from ITV told the MailOnline : "This is untrue. Laura has done a fantastic job at the helm of the show this year and no discussions have yet taken place with regards to the next series."

Maya Jama, 27 was also rumoured to be in for the role.

Since Maura's time on Love Island her career has gone from strength to strength.

She regularly posts to Instagram about brands she is collaborating with such as Ann Summers and releasing her own makeup collection with Inglot.

She can also be seen taking time off work as she posts from sunny locations such as her recent visit to Gibraltar.