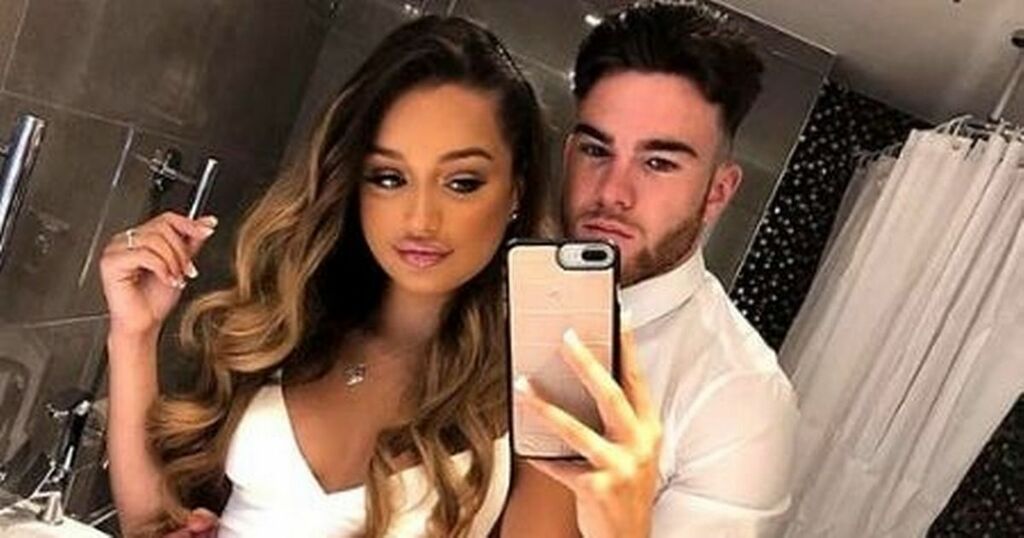 Love Island’s Lucinda Strafford looked smitten with her Premier League footballer ex-boyfriend, who she claimed she split from before appearing on the ITV2 dating show.

The 21-year-old online boutique owner cuddled up to Aaron Connolly while shopping on Monday in London, and the loved-up couple were spotted at a service station in Surrey, as they made their way home from the capital in his car.

In one image, a casually dressed Lucinda is wearing shorts and a denim jacket, with a cute pink across-the-body bag, as Aaron put his hand around her shoulders as they went into the service station.

Lucinda dated the Brighton & Hove Albion player for two years before they split earlier this year, amid rumours that he had cheated.

They then reconciled, but eventually went their separate ways, as Lucinda prepared to enter the Love Island villa.

She arrived on day eight, alongside fellow newcomer Millie Court, and Lucinda eventually coupled up with Brad McClelland.

Their romance was short lived as in a cruel twist, they were asked to choose their fate - either they both left the villa, or one of them could choose to leave.

Brad offered to fly back home to the UK, leaving Lucinda behind to continue her stint on the dating show, but she surprised viewers as she soon cracked on with newcomer Danny and Aaron Francis.

She chose to couple up with Aaron, but they were booted off the show in week five.

Fans of the show speculated that Lucinda and her footballer beau Aaron hadn’t actually split, as her ex was looking after her pet dog while she was in the villa.

A source told The Sun that they had “argued” about her applying for Love Island, but she claimed it would help boost her online fashion boutique, The Luxe Range.

They also claimed that Lucinda and Aaron had reconciled before she flew out to Spain, and it was “meant to be a big secret” because there are strict rules about contestants being single before starring in the show.

However, Lucinda insisted she was single, and in an interview after being dumped from the villa, she said that her relationship with footballer Aaron had “ended dramatically” in March.

"I am completely and utterly single. Never in a million years would I go on Love Island if I was in a relationship, and I'm sure if I had a boyfriend, he wouldn't be very happy with it either,” she explained.

"We ended quite dramatically at the start of March but then we made friends. Hopefully, he's moved on and I definitely have."

She and Aaron Francis split shortly after arriving back in the UK, and she was later spotted with former villa flame Brad, before reconciling with her footballer ex.