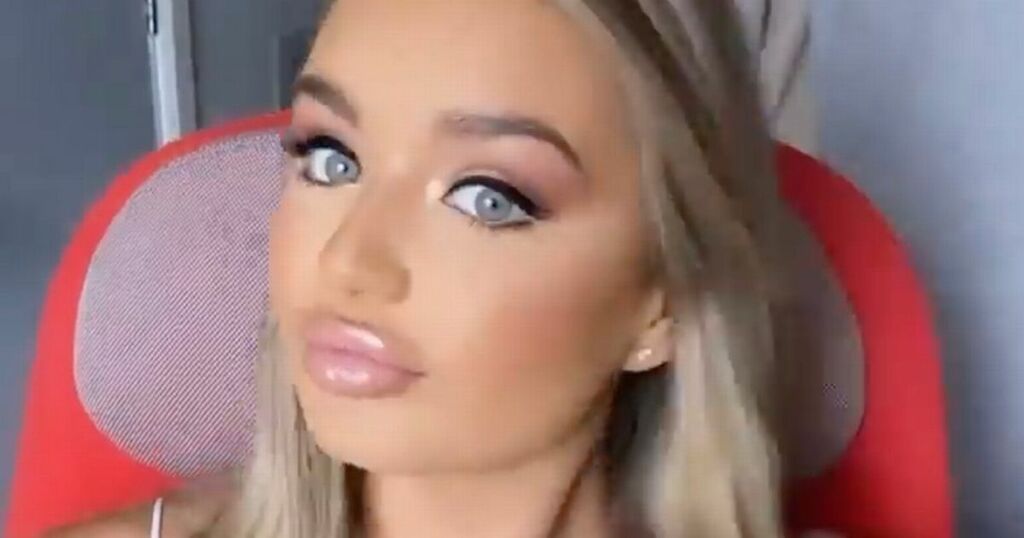 Love Island's Lucinda Strafford and Chloe Burrows are going all out ahead of their National Television Awards debut tonight - by getting ready six hours in advance.

The girls will be representing the ITV smash-hit and took to Instagram to show off their transformations.

Chloe looked very relaxed at 1.30pm as she quaffed a glass of champagne wearing a watermelon face mask.

Lucinda, meanwhile, shared a vid of her appearing to be fully made up swishing her freshly-highlighted hair while captioning the post: "Getting NTA ready."

The girls will be gracing the O2 Arena in London with their presence at the NTAs as they represent ITV's Love Island, which has been nominated for a Challenge Show Award.

The starry ceremony will be presented by comedian Joel Dommett and will see a whole host of famous faces turnout in person for the first time since the Covid-19 pandemic began.

Chloe and Lucinda were spotted on a night out having a whale of a time last week with winners Millie Court, Liam Reardon, Toby Aromolaran and Aaron Simpson.

As the gang hit the town for a boozy catch-up 21-year-old Lucinda shared a clip of the Islanders starting their night with a meal - with a theatrical sparkler taking pride of place on the table.

As the winning couple were all smiles, the camera then panned to runners up Chloe and Toby - with the blonde marketing executive looking up from her phone to cheekily flip the finger as her former housemate captured the moment.

Later on in the night, Lucinda shared a clip of herself with footballer Aaron Simpson.

The former Kilmarnock player arrived in the Love Island villa late on in the series - coupling up with Mary Bedford weeks after Lucinda was booted off the show.

"3rd wheeling r us," she captioned the snap of her and the 24-year-old.

"Decided to tag along," she added, referring to the fact the two other couples present were in relationships.

Last month it was revealed former Love Island contestant Lucinda was charging fans to receive a 'shout out on the Cameo app.

Her price is said to be almost £60 a message - despite not reaching the show's finale.

In fact former villa resident Lucinda topped the charts for being the most expensive islander on the digital platform.

Charging £59.25, the fashion boutique owners is a little slower than her former housemate when it comes to producing the goods - taking five days to respond to fans' requests.

No doubt she'll on time tonight as she shows off the results of her glamorous preparation.

The National Television Awards start tonight on ITV at 7.30pm.