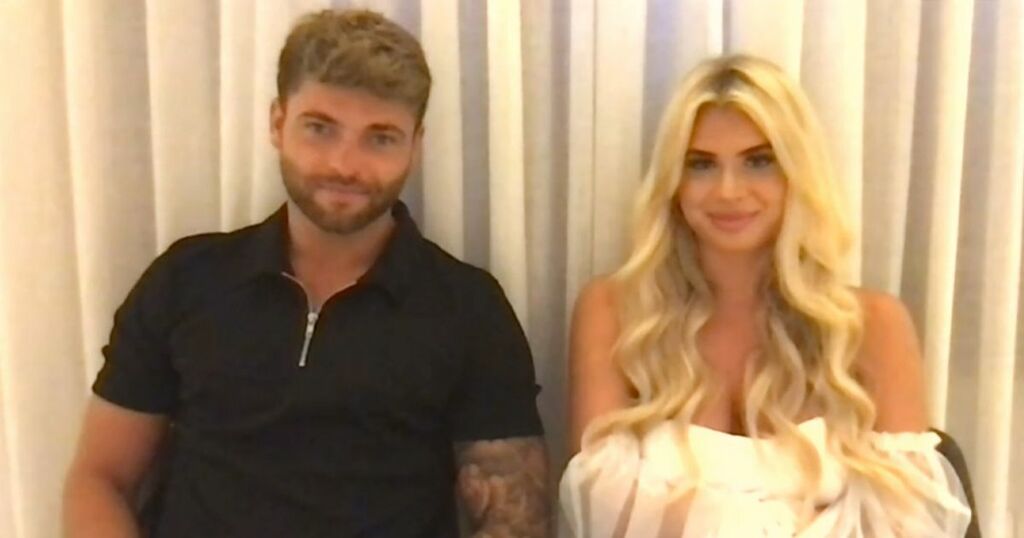 Love Island’s Jake Cornish has accused ITV of “manipulating” scenes to make him look like a “pantomime villain”.

He vented his frustration at being depicted as the bad guy, and claimed that producers tried to sabotage his relationship with girlfriend Liberty Poole.

The 24-year-old former water engineer said despite never straying from girlfriend Liberty Poole, he was made to look worse than Liam Reardon, who cheated on Millie Court while in Casa Amor.

Jake is upset at the backlash he’s received from furious viewers, and has even received death threats due to the way he’s been portrayed onscreen.

He claimed that there was tons of unused footage from the ITV2 dating show of him being affectionate and caring towards Liberty, even giving her compliments every day, but Jake was disappointed that producers chose to air other scenes instead.

“It isn't nice I've been painted this way as a pantomime villain. It isn't the nicest to come across as someone I'm not,” he told MailOnline, adding that it "isn't nice when you're on the back end.”

He said Movie Night was when he believes his relationship with Liberty started to deteriorate, and was frustrated to see a clip of him making the now infamous comment about not wanting to rip Liberty’s clothes off.

Jake said it “wasn’t the nicest of feelings” seeing the clip aired to his fellow Islanders, and said it had a “knock on effect” on his mental health, as his “head went into overdrive”.

He was also irked to discover that Liam, who cheated on Millie in Casa Amor, was welcomed back after playing away, but Jake was painted as a villain.

'I got a bigger backlash than Liam when I didn't get with any girl and was loyal and I'm the one that's come out the worst – how does that work?” he fired.

A spokesperson for ITV said Islanders are completely in control of all their opinions, decisions and relationships, and denied that they had manipulated scenes, stating that they “produce a show that is a fair and accurate representation of life in the villa.”

Viewers and his fellow Islanders accused Jake of not being genuine while in the villa, and alleged that his seven-week romance with Liberty was just a plot to win the £50,000 prize.

But Jake is adamant that he cared for his ex, and he showered her with compliments, despite viewers only seeing him tell her repeatedly “you’re my girlfriend”.

“She used to say,’ I've never been treated the way you treat me, you compliment me every single day, and I've never had that.’ People don't see the bigger picture,” he said, adding that calling Liberty his girlfriend was a “massive thing”.

Jake also addressed the footage of him seemingly egging on the other boys to cheat while in Casa Amor, but he insisted that was “definitely taken out of context”.

He said he was just telling the boys to “have fun”, and didn’t feel responsible for anyone straying while with the newcomers, because "it's been taken way out of proportion."