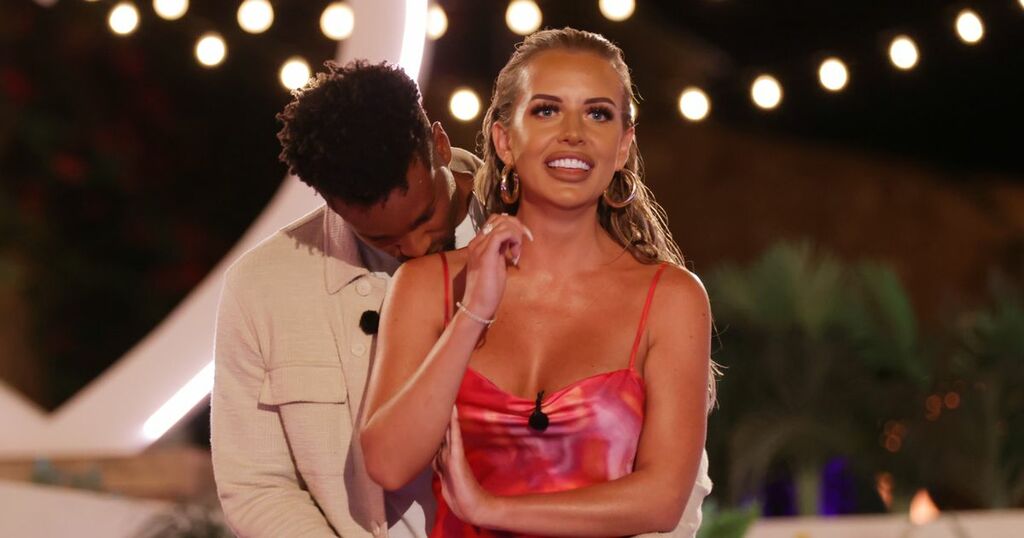 The Devon-born beauty took part in a Q&A on her Instagram page where she appeared without any of her usual trademark glam.

Faye's brown lipstick and gelled back hair became her signature in the villa, but the star has switched up her style since returning to the UK with boyfriend Teddy Soares.

For her latest Instagram video, Faye was happy to show off her natural features as she answered fans' questions from the comfort of her bed.

Faye - who appeared at the event with her boyfriend Teddy - went all in with the glam for the big night.

She looked gorgeous in a form-fitting silky white dress and a huge statement necklace.

The reality star switched her usual lip colour for a bright red lipstick.

Faye recently opened up about her shocking outburst during her time in the Spanish villa and admitted that she got 'things wrong'.

The ITV2 dating series was hit with 25,000 complaints to Ofcom last month when the beauty sensationally exploded at now-boyfriend Teddy.

The show's viewers were absolutely horrified as she yelled at the financial consultant during one drama-packed episode of the hit reality TV show.

Speaking to Grazia magazine, Faye admitted that she dealt with the situation 'completely wrong' and was 'embarrassed' by her reaction.

"There were times I dealt with it completely wrongly," she told the publication during a trip to London with partner Teddy.

"And everyone, unfortunately, got to see that."

The scenes she was referring to stemmed from the infamous movie night where the Islanders were shown clips from their time on the show.

Faye's fiery kick-off came after being shown a clip, out of context, of 26-year-old Teddy confessing that he was sexually attracted to Clarisse Juliettè during his time in Casa Amor.

Viewers at home knew that Teddy had stayed loyal to Faye, but the clip was enough for her to start screaming at him.

Despite their rollercoaster of a relationship, the couple came in third place during the final.