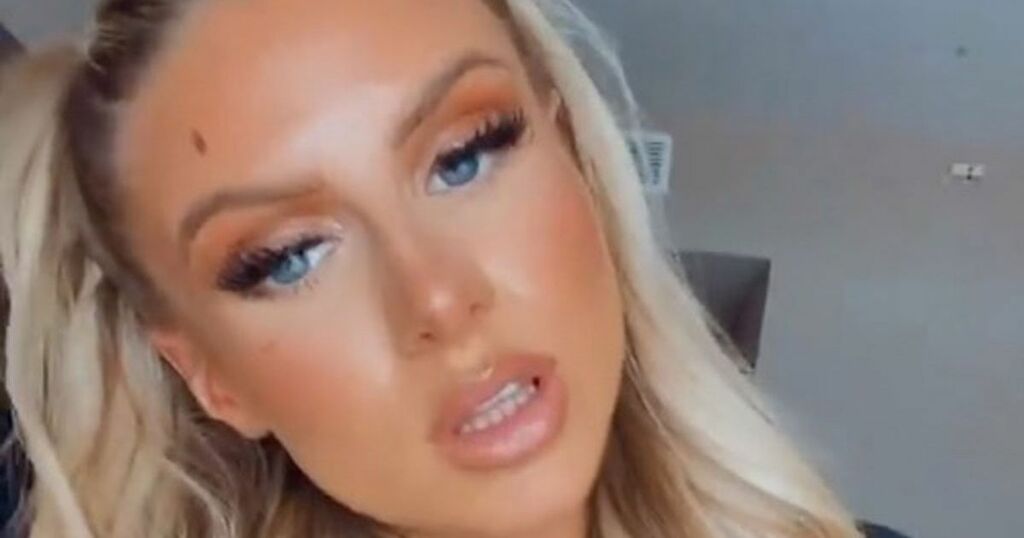 The 25-year-old took to her Instagram Stories to share a clip of the fake tan covering her hands.

"I tried a tanning serum last night and I got it all over my hands," she told her 1.4 million followers.

"How do I get this off? I'm embarrassed."

Thankfully, her fake tan blunder came after she and her boyfriend Toby Aromolaran attended the National Television Awards.

Chloe's appeal to her fans for some much-needed beauty advice comes days after she hinted that she and Toby didn't have any mates in the Love Island villa.

The couple appeared on Heat's Under The Duvet series and was asked if she would stay friends with the other Islanders, and she didn't know if they would.

Chloe revealed she finds it difficult to stay in touch with people, but she'd probably still see her co-stars at celebrity events.

Both Chloe and Toby admitted that they didn't go out with the other Islanders after the Love Island reunion show, which they called "awkward".

Chloe said: "I was so tired and I had this whole thing with my dress. We were jumping in cabs and I just thought, no."

She was also questioned whether the couple will stay friends with the other contestants.

"I'm so rubbish on my phone at the moment, people are belling off your phone, it's like give me a minute."

"I stop replying, it's really hard," she said, adding: "We'll see everyone at events and stuff."

Meanwhile, Toby recently confessed he thought Chloe was "stuck up" when he first met her.

The 22-year-old reality TV star made the admission during a Q&A on Instagram before asking his fans not to let the blonde bombshell know.

Toby had a live Instagram chat with his army of fans – and gave a cheek response when he was asked 'What was your first thought of Chloe?'.

“The first time I met Chloe was on that date,” Toby recalled. “There were six of us, five boys, and it was like a business meeting, so formal.

“So my first thought of her was that she was stuck up, but I guess she was just nervous.

“But she never knew, so Sshhhh.”