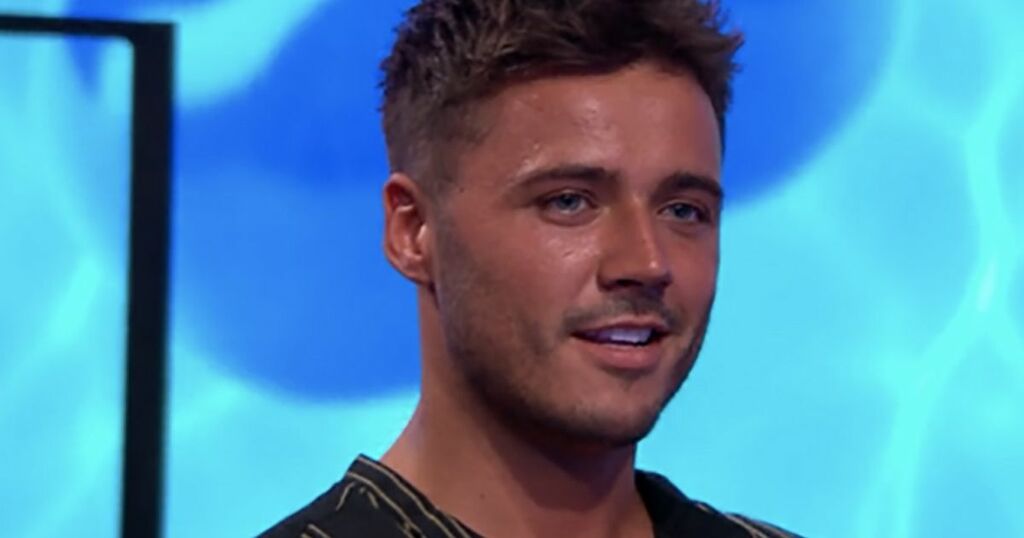 The 26-year-old labourer from Northumberland was among the Islanders who reunited for the special ITV2 show last Sunday, as they looked back on the highs and lows of the seventh series.

Brad, who was coupled up with Lucinda Strafford, was brutally dumped from the villa in a shock twist, which saw the couple given an ultimatum - either one of them goes, or they both do.

The Geordie hunk valiantly decided to let Lucinda stay, and she wasted no time in getting to know Aaron, who she eventually coupled up with.

During the reunion episode, host Laura asked Brad how he felt about seeing Lucinda with Aaron, and shocked viewers when he joked that it turned him on.

He explained his surprising reaction to OK! magazine, and complained he was “sick” of answering questions about Lucinda and Aaron, so decided to have a laugh instead.

"The reason I answered the way I did, is because every single interview I did upon leaving asked me 'how did seeing Lucinda with Aaron make you feel?'

"I'm sick of answering that question, I'm sure the public are sick of hearing us answer that question, so I thought 'd'ya know what? Screw this, I'll come up with a daft question!'" Brad said.

"Ask a stupid question, get a stupid answer!" he said, seemingly taking aim at host Laura.

Brad was one of the original Islanders in the villa, and on the first day, he coupled up with Faye Winter.

They later split, leaving him single, but he was soon saved by newcomer Rachel Finni.

However, Brad’s head was turned by the arrival of Lucinda, and after just two days of being together, they were told that they had received the lowest number of public votes, and were at risk of being dumped.

In a cruel twist, it was up to Brad and Lucinda to decide if one of them should go, or both of them.

After Brad left the villa, Lucinda then coupled up with new boy Danny, but she later cracked on with Aaron, before they were dumped from the villa on day 28.

Viewers were disappointed with the reunion show - which has featured more drama in previous years - with some dubbing it “boring” and “awkward”.

Many were also furious with host Laura’s invasive questioning, especially during her interview with Lillie, leading fans to call for her to be replaced next year.

Laura later addressed the controversy, and hit back at her critics in a series of posts on her Instagram Stories, insisting that “everyone saw the questions” and multiple meetings were held to discuss what would be shown in the reunion.

"Everything is run through with the Islanders beforehand, it's all about choice! I only ask questions that are pre-approved by the compliance division. A lot of meetings happen before I see the script and then I can add my voice,” she explained.

Laura later confessed that she’d had a glass of wine before filming the live show, and said that unlike previous years, the Islanders were not allowed alcohol.

“Please remember they are just regular people who were nervous on live telly. I'm sure some would have loved a drink for the nerves!” she added.