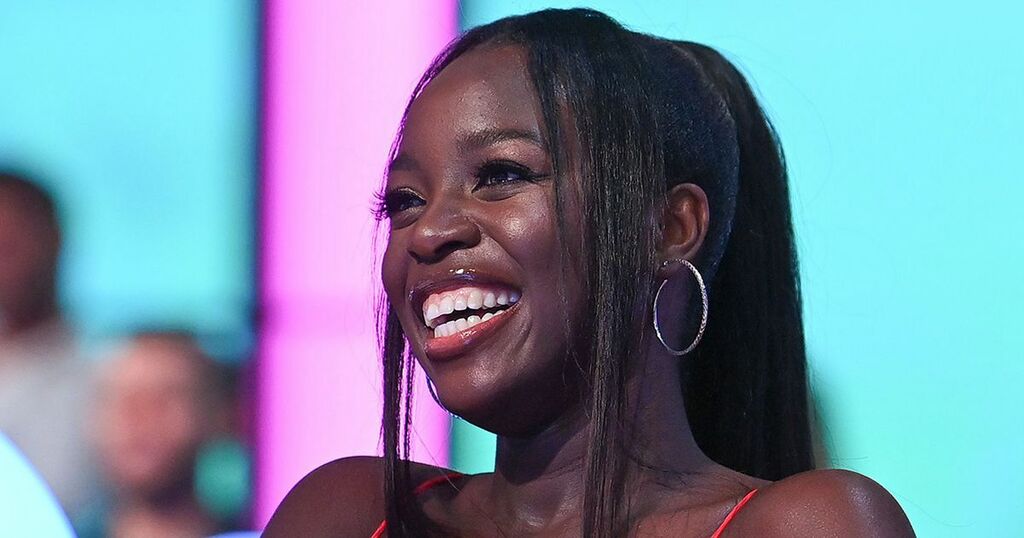 Love Island has become embroiled in yet another race row as fans watching The Reunion special noticed Kaz Kamwi and Tyler Cruickshank were shunned from the spotlight.

Sunday night saw the cast of the 2021 series reunited for a final grilling by show host Laura Whitmore and for fans to find out what the couples had been up to since leaving the villa.

Most of the cast were present and correct – although many noticed the absence of show ‘villain’ Jake Cornish, who ducked out of the reunion special due to illness.

And indeed 26-year-old stunner Kaz was there alongside hunky Love Island boyfriend Tyler for the special one-off episode.

But while show winners Liam Rreardon and Millie Court, runner up couples, and long dumped singles like Hugo Hammond were welcomed on to the sofa for a catch up, Kaz and 26-year-old Tyler were seemingly snubbed.

The pair – who made their relationship official while sat in the audience at the celebration show – were given only a casual inclusion from their seats in the crowd.

Many Love Island fans felt there was more than enough reason for 36-year-old Laura to invite the couple up to the main stage for a proper chat – but that didn’t happen.

Taking to Twitter after the show aired, many fans pointed out the fact that the pair – who made it all the way to the live final – were snubbed.

One enraged fan tweeted: "I’m sorry but Kaz and Tyler weren’t asked up on the sofa? Finalists?"

A second contestant blasted: "Kaz and Tyler should never mention this show again. I don’t even need to explain why, you lot know."

Some fans went further to directly call out Love Island to accuse the show of being racist.

One twitter user wrote: "The show is so triggering. They aren't even hiding how racist they are to Kaz and Tyler."

Another viewer echoed the accusation, tweeting: "Kaz should never acknowledge or mention this racist show ever again..."

During the live final – which saw Kaz and Tyler waiting alongside Liam and Millie, Faye Winter and Teddy Soares, and Chloe Burrows and Toby Aromolaran to discover who would be the 2021 winner – fans accused the show of being ‘racist’ when Kaz and Tyler were dumped first out of the four final couples.

While earlier in the series, pro footballer Aaron Simpson was targeted by vile racist online trolls when he featured in the series over a 10 day period.

And the show sparked fury less than three weeks into the 2021 run when historic tweets by a contestant named Danny Bibby showed him using racial slurs online.

During Sunday night's reunion special, fans were excited to see Kaz and Tyler take their relationship from 'exclusive' to 'official'.

Pre-recorded footage showed the pair catching up with friends in a bar, when Tyler raised a glass to declare: "Let’s raise our glasses, guys. I just want to say, from the bottom of my heart, I have missed Kaz since I’ve been back home.

"So… Kaz, will you be my girlfriend?"

Following high pitched screams of joy, a beaming Kaz said: "Yes!" – and the heartwarming scenes were a hit with fans watching from home.

Taking to Twitter, one fan gushed: "Tyler asking Kaz to be his girlfriend is just what I want to see #loveisland."