Love, agency, redemption: The legacy of the biblical Rachel - opinion 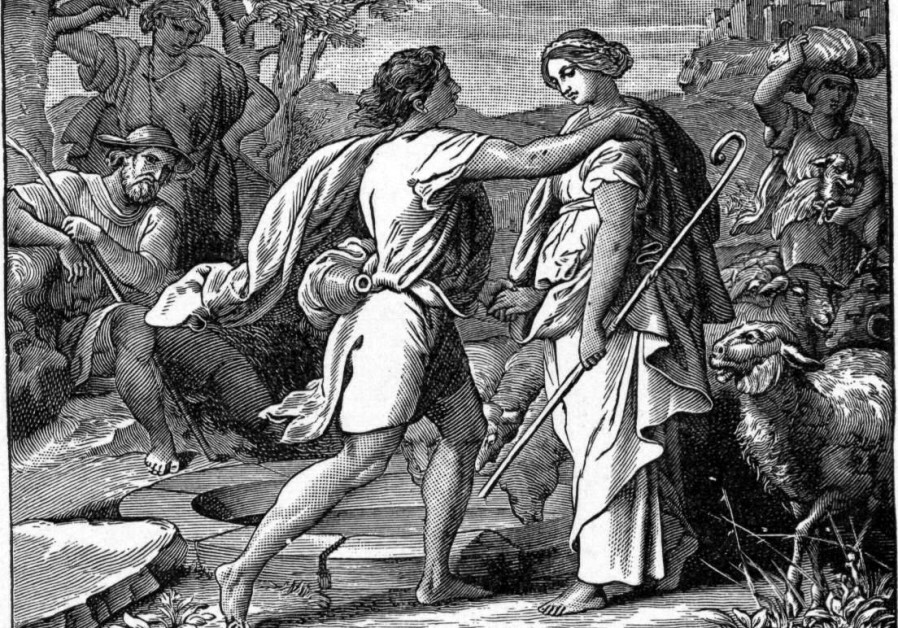 The Matriarch Rachel is one of the most special female figures in the Bible. Through her conduct and personality, she represents the three exalted concepts of love, agency and redemption.

She is the ultimate symbol of love in the Bible – the woman who was loved. Other women were also loved, such as Rebecca who, according to the Bible, was loved by Isaac.

Yet, it would be an exaggeration to say that Rebecca’s life was characterized by an existential reality of love.

But, when it comes to Rachel, love is the secret of her existence. When Jacob sees her, he forgets himself. He becomes a Rambo, a machismo. And with a wave of his hand he lifts the heavy stone that weighed several tons from the well’s mouth. It was a tumultuous love at first sight that lasted until the very moment of her death.

Jacob’s love for Rachel gives her strength, and by virtue of that love she also gives love to those around her. After Jacob worked for her for seven years, her father, Laban the Aramite, fraudulently put Leah, her soft-eyed, unattractive sister, under the wedding canopy.

However, since Jacob expected to be deceived, he and Rachel agreed on a number of signs so that when he comes to the dark tent (since there was no electricity at the time) after the wedding ceremony he will know for certain that she is Rachel.

And when Rachel discovers that Leah would be under the wedding canopy, by virtue of her absolute love for her sister, she redeems her from her shame and tells her the signs so that she won’t be humiliated.

Indeed, Jacob gets up in the morning (“And it came to pass, that in the morning...”) and discovers to his surprise and disappointment that “behold, it was Leah” (Genesis 29:25).

But it seems to me that there is a dramatic moment in Rachel’s life that I have never managed to understand. After thinking about the interpretation of her character, which connects love, agency and redemption as prophesied by Jeremiah, only now have I discovered a new insight that I wish to share with you.

Rachel interprets this as a lack of love and therefore she says to him in despair: “Give me children, or else I die” (Genesis 30:1). Many commentators have tried to explain these words in various ways but I understand them differently.

Rachel, whose entire existence relied on and was driven by the power of love, fears that her husband Jacob’s love for her has diminished. As far as she is concerned, if she has no love and she is no longer the beloved wife, her life is pointless.

Love is a mode of existence in Rachel’s life. It is not something idle and extraneous, but rather the driving force behind her significant activity and her ability to bring redemption, as we will see later.

However, Jacob believes that in order for Rachel to receive love and grace from God, she herself must also love Him through prayer. According to the midrash, God “is passionate about the prayers of righteous men and women.”

Indeed, Rachel prays to God and loves Him with all her heart and her prayers are answered because of her great love. Love is her driving force for agency. It is love that brings both her own private redemption and our national-universal redemption.

And when God thinks who is the one of all the mothers who deserves to have her sons return from exile he thinks of Rachel. In Jeremiah, the text states: “A voice was heard in Ramah, lamenting and bitter weeping; Rachel is weeping for her children and refusing to be comforted, because they are no more” (Jeremiah 31:15).

Rachel does not weep softly in a weak voice and her eyes are not soft like Leah’s eyes. She weeps with all her might like torrential rain. What is she weeping about? She is weeping about the hatred that led her sons to exile and slavery.

The power of Rachel’s inclusiveness stems from the fundamental love that leads to action. Only Rachel with the extraordinary ability for great love – true love – will be able to contain and embrace her sons when they return from exile.

Her weeping is the power of agency for her sons and daughters, and is also a warning sign – no more hatred! Through the power of love, we can all create and bring redemption.

Rachel is helpless in the face of the senseless hatred directed at her children, which caused their exile. And God, seeing Rachel’s tears of love, promises her that by virtue of this love He will bring redemption.

Only a woman who has experienced true love and knows its nature is capable of loving. Women who have not experienced love are usually embittered women, and embitterment leads to destruction.

But women who experience true love are also capable of transferring it to others, thus bringing redemption to themselves and to the whole world. God chose Rachel to embrace the returnees from exile only because of the beloved Rachel’s great love.

We live in a complex time, a time when darkness and redemption are intermingled and hatred consumes every little bit of goodness.

But redemption will come, bit by bit, through the power of love, the love of women who understand the secret of the magic and nature of love. The love that exists within each and every one of us women is a source of personal, public and global resilience, and this love has the power to activate agency and bring redemption.

As leaders of women, we must understand that in order to bring redemption to the world we must be generous with our love, love for the sake of love and create spaces of love.

With the power of love and positivity that will influence the world, we can activate our agency in the various communities around the world and bring about redemption.

In the current time of crisis, the world needs our great love more than ever before, along with the great power of love that each and every one of us possesses.

Let us learn from Rachel to exercise the power of love and bring agency, light and redemption to our world.

The writer holds the UNESCO Chair for Values Education, Tolerance & Peace and heads The Sal Van Gelder Center for Holocaust Research & Instruction in the Faculty of Education at Bar-Ilan University.