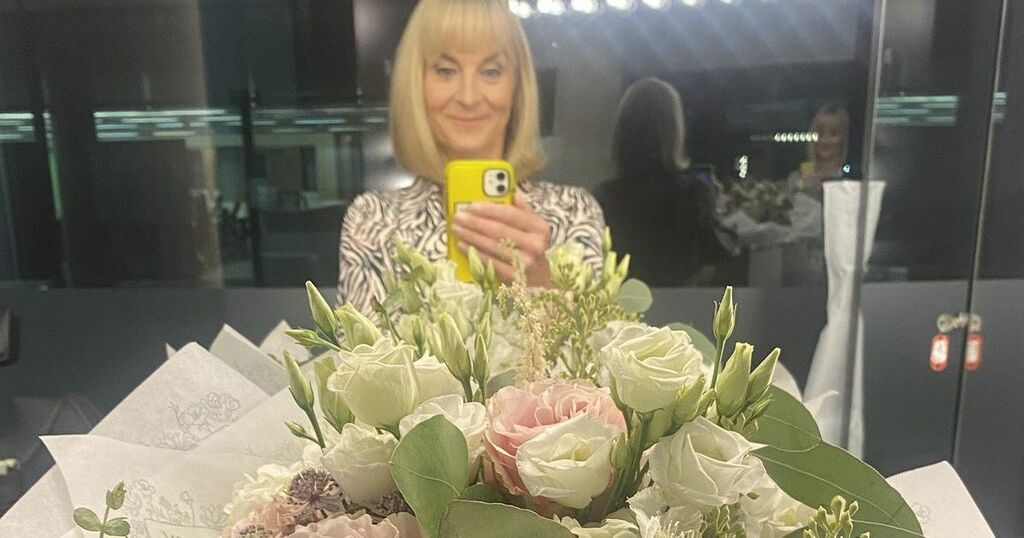 BBC Breakfast’s Louise Minchin has been given the send-off she deserves as she prepares to leave the show after 20 years .

The long-time presenter’s final day on the early morning news programme will air this Wednesday, but it seems her co-stars have a week’s worth of plans to make sure her last week is one she won’t forget.

Starting with a photo in front of the huge billboard bearing a picture of her alongside Dan Walker, Carol Kirkwood and Charlie Stayt, Louise glammed up ready for her final party.

“Not many early mornings left until I leave my wonderful friends and colleagues at #BBCBreakfast and for old times’ sake I had to stand and have a picture all made up and ready before my early leaving party! That was fun,” she said.

The party kicked off on Thursday, with BBC Breakfast stars past and present joining her for a special screening of highlights from Louise’s career.

Steph Mcgovern, who worked on the show from 2010 to 2019 before landing her own show Steph’s Packed Lunch on Channel 4, was among those in attendance.

Sharing a brief moment from the event, Louise later wrote: “Lovely to see everyone at Lou’s leaving do. A reminder of all the fun we had on @BBCBreakfast.

“On to the next chapter @louiseminchin which I’m sure will be something adventurous and you’ll smash it like you always do. Good luck and thanks for everything honey.”

Louise announced her exit back in June, saying that she was ‘looking forward to not having to set her alarm so early’ anymore.

Breaking the news live on air, she told viewers: "Let me take a deep breath, everybody there is something I want to tell you about.

"It will be this year 20 years since I first presented this programme.

"Since then I've felt part of a huge, enormous BBC Breakfast family which includes everyone who works here, everyone on the team and every one of you who watches the programme.

"I've loved being part of it but - there is a but - I've decided that is time that I stop setting my alarm for 3.40 - sometimes if I'm feeling really rebellious 3.46 in the morning - and I'm going to be leaving the programme.

"It's not going to be for a while," she added. "But before anything else I wanted to thank everyone that is watching for your loyalty and your support over all those years.

"I have absolutely loved being part of it and I will really miss it, but it's time now to stop that alarm early in the morning. Thank you for watching for all these years.”

Her long-time co-anchor Dan Walker was among those expressing their sadness at her exit.

On September 1 she confirmed that this month would be her last , with just two weeks before she bid farewell to the sofa for good.

BBC Breakfast airs weekdays at 6am on BBC One.