Lotto curse - Brits whose lives were destroyed when they became millionaires

For many, it feels like the answer to most of their problems - and winning a huge jackpot is seen as one of the luckiest things that could happen to you.

But for some who won huge sums, their huge fortunes ended up becoming a burden, leading to poverty, huge bust-ups and even death.

While others went on to enjoy their new fortunes, living a decadent lifestyle beyond our dreams, it's clear it isn't always a good thing.

The tragedy follows a clear pattern - the joy of winning is replaced by despair, as they either blow through a fortune, or their personal lives become unbelievably stressful.

Some winners who lost it all say they are glad that their huge fortunes have disappeared - as it ended up becoming a nightmare.

But the lucky player may not know they're now a multi-millionaire with Camelot bosses urging people to "check your tickets".

Adviser Andy Carter said: "This winner has just become the biggest National Lottery winner of all time, the fourth lucky EuroMillions jackpot winner here this year and the 15th UK winner of over £100million."

For that ticket holder - here's a cautionary look at the not-so-lucky lottery winners who say it ruined their lives.

Karl fell foul of the so-called "lottery curse" after his childhood sweetheart left him.

He won £11million on the National Lottery aged 23 in 1996, and has doubled his cash through savvy investments.

But in 2020, his wife Nicole, with who he has two kids, was pictured leaving their £2million home he built for them in Fylde, Lancs., and was spotted not wearing her wedding ring last week.

"We’re all a bit worried about Karl," an anonymous pal told the Sun at the time. "He seems heartbroken.”

For Margaret Loughrey, becoming a multi-millionaire overnight was a total nightmare.

She won the top prize of almost €32million in November 2013 - after picking up her ticket following a visit to the Jobcentre.

Until then, she'd been living on €83 a week as a divorcee in a tiny cottage in Strabane, Co Tyrone.

The third of six children, she rang her brother Paul first - who says he instantly knew this wouldn't end well.

He told the Irish Sunday Mirror : "I was the first to be told. We were close right up until the money. But from that day I knew.

"I told the rest of the family this is not going to be good for Margaret.

"Over the years people have said to me, 'It must be great to win all that?'

"But I'd say be very careful what you wish for because it nearly ruined all our family. not just Margaret."

Within weeks of her jackpot, the pressure of her windfall became too much and she cut ties with her family - but not before giving them €1 million each to each member of her family, as well as a handful of her closest friends.

Paul said: "She didn't want us in her life but still she gave us the money.

"It doesn't make sense, does it? But she made sure we were all OK."

Within months, she was sectioned and then in 2015, she was ordered to do 150 hours' community service for drunkenly assaulting a taxi driver after boozing.

She was also later ordered to pay a former employee €35,000 in an unfair dismissal case after "mocking" his Catholic faith.

In 2019, she said her lotto win had "sent her to hell and back", adding: "Money has brought me nothing but grief. It has destroyed my life."

But she pumped cash into her local community - covering hard-up resident's funeral costs, and expensive surgeries for ill children

Now she is gone, Paul said prizes should be capped.

Paul said: "It's time they look at the size of jackpots.

"They need to be capped. An ordinary person working in a factory or a call centre like I was can't deal with money like that."

The operator of the UK National Lottery said: "Camelot takes its duty of care to winners very seriously and all major winners are offered support and advice for as long as they wish."

Ryan was one of the first winners, scooping a whopping £6.5m weeks after the national lottery was launched in 1994. He spent his winnings on luxury cars, a helicopter and a £2m mansion.

But was later jailed for handling stolen cars and spent time sleeping rough in London and later claimed his jackpot was “cursed”.

Colin Weir and his wife, Christine scooped an incredible £161million on Euromillions back in 2011.

They became Scotland's biggest ever Lotto winners and spread their wealth - with massive amounts donated to important causes.

Colin also invested in his favourite football club, Partick Thistle, as well as buying a slew of cars and properties.

The couple shared their fortune with friends and charitable trusts, but split in April 2019, after 38 years together.

Sadly Colin died from sepsis in December 2019 at which time his fortune had shrunk by £40 million.

Before his death, he had shrewdly bought a 55 per cent stake in Partick Thistle so he could donate the club to the fans and ensure it was kept in the hands of the local community.

At the time of his death, he lived in a £1.1million five-bedroom seafront home in Ayr, which he bought in June 2018 after his marriage split.

Adrian and Gillian Bayford won a incredible £148million on the lottery in 2012.

But less than 18 months later, they had split and misery followed, with the coulple partly blaming stress from their huge win.

Ever since their win, they've both have attracted attention for their following relationsips.

His stable girl fiance Samantha Burbidge, 30, left him in 2017 and then he was dumped by waitress Lisa Kemp after she found messages to former flame Marta Jarosz.

Adrian was dumped by ex-horse groom Samantha Burbidge, who is 16 years his junior, in 2017, and waitress Lisa Kemp dumped him over saucy messages to his ex.

In 2020, Gillian was convicted of threatening her ex-lover Gavin Innes during their relationship, which ended in 2017.

But a trial revealed that the mother-of-two had been subjected to a horrific campaign of online abuse and false allegations to social work, her golf club and a children’s charity.

She went on to marry Brian Deans in 2018, who was previously convicted after stealing more than £13,500 from Tesco in a con involving putting through fake customer refunds.

"I’ve known from the very beginning and it doesn’t bother me," Gillian said after their wedding.

"Everyone has a past but you can’t live in the past. You’ve got to move on."

The couple won £1.8million on the lottery back in 2005 - and the pair quit their jobs as IT manager and teacher.

They purchased a luxury barn conversion in North Yorkshire, costing £800,000, and Roger made a record with his old uni band.

But despite clever investments, the housing crash saw the value of their home plummet, and they split in 2013, with no fortune left.

She even offered to pay someone £60,000 a year to date her, after struggling to find a suitable partner.

She previously said: “At times it feels like winning the lottery has ruined my life.

But 12 years later, they said the fortune had ruined their lives - despite owning a luxury home, sports car and impressive property portfolio in Devizes, Wiltshire.

But they split in 2016, with Victoria speaking frankly about the stress.

She said: "It’s probably one of the worst things that’s ever happened to me. Without a shadow of a doubt.

"The stress it gives you in life and even 12 years down the line, I’m still classed as a lottery winner and it’s horrible. It ruins your life. People treat you differently – it’s just not a nice thing." 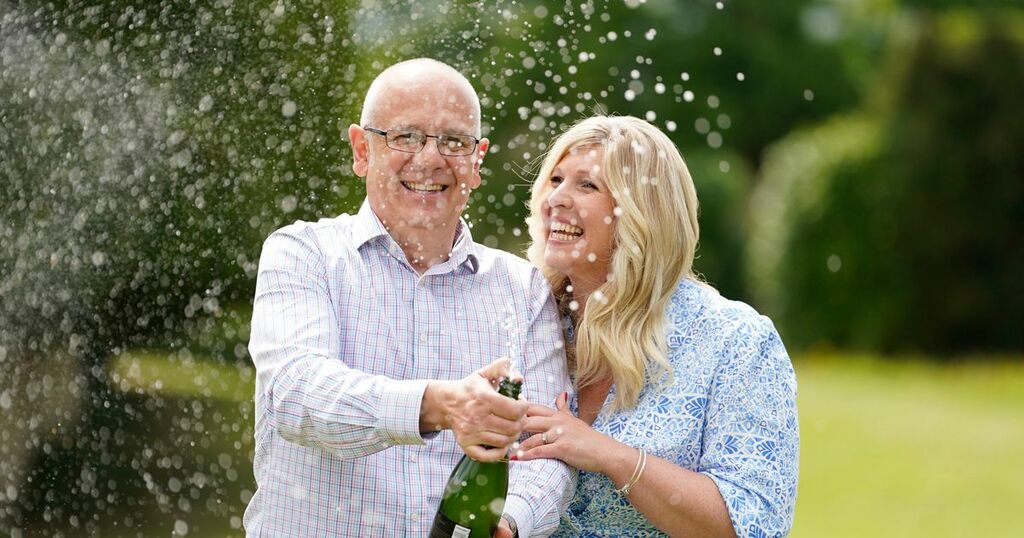 The UK's 10 biggest ever lottery winners and how they spent their jackpot money
A mystery Brit has scooped the biggest lotto jackpot of all time from the EuroMillions draw.

Daily Record
From analysis to the latest developments in health, read the most diverse news in one place.
The UK’s 10 biggest lottery winners

The Independent UK
Who are the UK’s top 10 biggest ever lottery winners?

15 UK players have won a jackpot of more than £100 million in the history of the National Lottery.

The Independent UK
One place to find news on any topic, from hundreds of sites.
Euromillions: How you could become one of 22 new millionaires in this week's draw