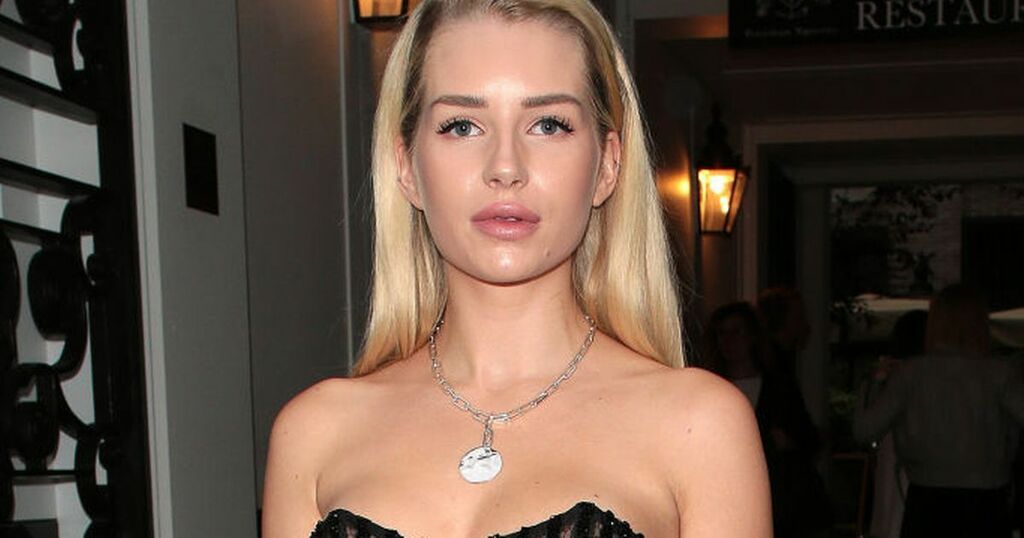 Lottie Moss has caused a stir by stripping down to just a pair of knickers to star in a new music video for a singer called Salty.

The 24-year-old model – who is the younger sister of 47-year-old catwalk legend Kate Moss – features in the video for the American singer’s new single, Fallen.

While the model initially cavort around wearing her knickers and a t-shirt, she eventually ends up laying in bed alongside Salty and the two embrace.

Scenes also appear to show the model – and frequent OnlyFans contributor – simulating sex with the musician in the three minute video.

Lottie’s saucy display comes just days after she broke down in tears over the fact a friend had leaked her phone number and various naked photos of her.

She broke down in tears on social media as she detailed her ordeal after a now-former friend that she branded "an evil human being" had been telling friends to circulate the images she shares via OnlyFans for free.

Lottie uploads seductive photos of herself to her page which fans can access for a subscription fee, but the manipulative acquaintance was trying to get all her content leaked for free.

She told followers that she was made aware of the plot after a concerned fan broke the news to her via a social media Direct Message.

The message sent to the model stated: "He's telling the boys in the group chat to sub to your OnlyFans and leak the pictures to your mother's Instagram."

Lottie has previously defended her decision to distribute content via OnlyFans – where she is believed to earn thousands of pounds per month.

She said previously: “I love that I can just be sexual and free, and post what I wanna post. I take these pictures and my friends take these pictures for me, and that’s what I like more than modelling as well — the fact I get final approval over everything.”

She added: “Everyone thinks modelling is really glamorous, but you get there and it’s these guys who are like 30 taking pictures of girls who are like 16 to 17 years old in their underwear. It’s creepy, it’s weird.

“Everyone thinks OnlyFans is the sex industry and that it’s creepy and weird and genuinely it’s so not, because it’s all girls, all my friends, taking my pictures and I’m taking their pictures.

“We’re so comfortable with each other, and you get better pictures because it’s us playing around.”

However, she has also confessed that her family are far from happy with the fact that she is stripping off for money.

But she has also said: “I feel happier here than I've felt in a long time. I just need to feel good about myself because if you can't love yourself, no one else can."