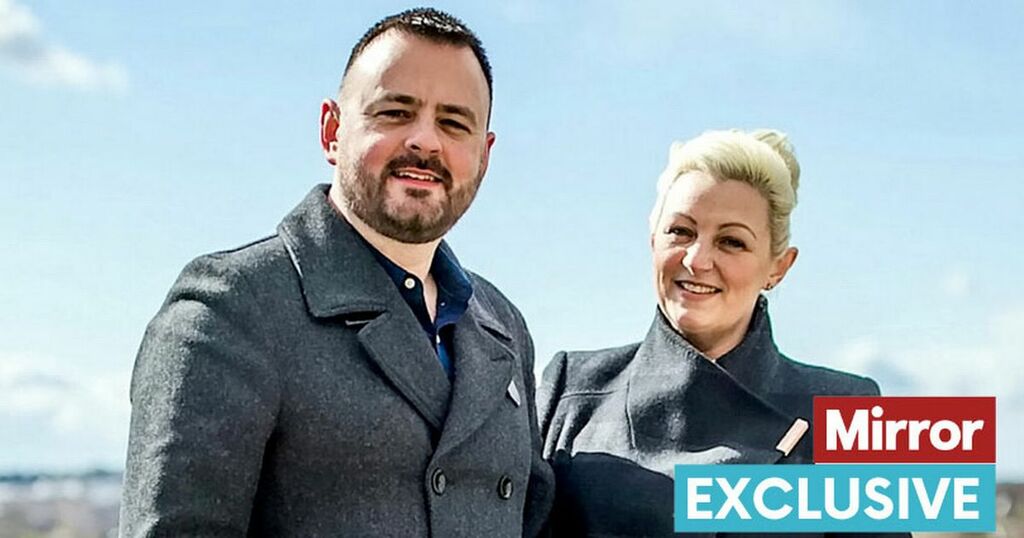 Visitors to the town will be charged while locals will not

Daily Mirror
One subscription that gives you access to news from hundreds of sites
EuroMillions: What happened to previous record winner who bagged £161m jackpot?

Scottish couple spent half their fortune in first eight years

A couple who won the Set For Life lottery have shared exactly how they spend their prize cash - including buying toilet roll in bulk.

Partners Laura Hoyle and Kirk Stevens were met with surprise and glee after finding out last year they had bagged themselves the National Lottery game's top prize: £10,000 a month for the next three decades. A year after their big win, the Nottingham-based couple, spoke to the Mirror about how their lives have changed thanks to their hefty income and spilled the beans on how they've been using their money.

The duo say they've slashed their mobile bills from £40 each a month to £10 thanks to buying their phones up front, and will purchase toilet paper in bulk and cut out takeaways. The monthly £10k has also allowed Laura to quit her job, which she says has given her more time to cook healthy meals at home.

READ MORE: How to sort out your energy bills and council tax when moving house

"Before we were eating a lot of convenient stuff and takeaways, when I was working 14 hour days," Laura said. "Now I refuse to do that. We need to stay alive longer."

In terms of shopping, the aspiring landlords now tend to order clothes online before sending any back that don't fit, with Laura often sticking to her favourite brand Ted Baker.

Kirk added: "We've cut everything out. It's weird. We do tend to buy a lot of bulk. Why go to supermarket and get 16 loo rolls when you can go on Amazon and get 56 loo rolls for the same price. Same with deodorant. Shower gel, shampoo, toothpaste. That's a lot of what we do now. The next door neighbour thought we were hoarding toilet roll during Covid."

Since their Set For Life win, the couple say they've discovered how much cheaper their life can be now, which they've described as "kind of backwards" due to "the more expendable cash you've got, the cheaper everything is."

"We have actually got more stingy," explained Laura.

"I haven't gone for anything more upmarket since winning. For me, I look at something, and if it's a thousand pounds I think' no way, I'm not buying that'.

Currently, Laura and Kirk still reside in the one-bedroom house they were living in when they won the jackpot, but will be moving into a new five-bedroom place in Nottingham soon. They also order from the same Chinese and pizza restaurants and waited until the Easter sales to buy two 85 inch TVs for their new home, which saved them more than £500.

However, their biggest purchase to date was when they splashed out on a Porsche Cayenne, though they have since swapped it for a Fiat Spyder for the summer months.

Quitting her job has also been one of the biggest steps Laura has taken as a result of their sizeable guaranteed income, which she said was a 'no-brainer', and the couple since ploughed their money into paranormal investigations. On a weekend, Laura and Kirk will head to a spooky location with their six cameras in hopes of capturing some paranormal action. The edited films are uploaded onto Youtube as K & L Ghost Hunters.

In the 14 months since they won not a single person has approached Laura or Kirk asking them for money. But that hasn't stopped them helping their nearest and dearest.

"We have helped people," Laura said. "We paid off car payments for family members and replaced TVs that had broken. (We helped) a friend that had a bit of trouble with her business. But no one has asked us for money." Kirk added: "We paid someone's car tax. These little things can make people's day if they aren't expecting it."

But the pair, who hope to become landlords, said a lot of their winnings have been going into savings and have surprisingly stayed away from going on spending sprees. All of the Set for Life winnings - £10,000 tax free - drop into Laura's account each month. The couple are determined to build a property portfolio as those payments will become less and less valuable over time.

If the next 30 years follow the same pattern as the last 30, then that money will be worth around £5,000 at the time of their last payment. They've never got close to spending £10,000 in a single month, but did recently enjoy splurging £300 in a single day.

Laura HoyleKirk Stevens
Sign up to read this article

Visitors to the town will be charged while locals will not

Daily Mirror
One subscription that gives you access to news from hundreds of sites
EuroMillions: What happened to previous record winner who bagged £161m jackpot?

Scottish couple spent half their fortune in first eight years