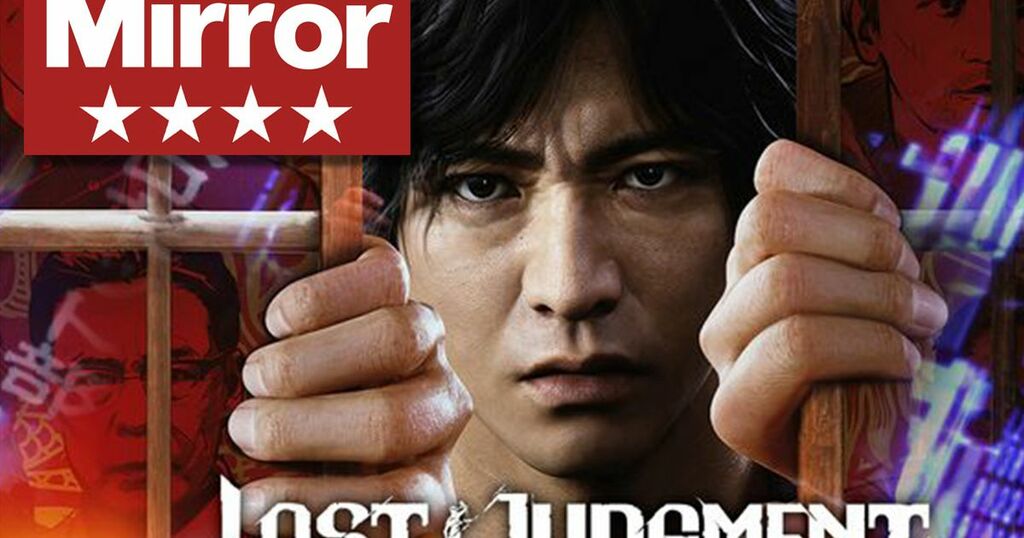 Ryu Ga Gotoku Studios are famous for their Yakuza series, but they have other great titles that have recently stepped in the spotlight. Namely their Yakuza spin-off series, Judgment, which graced the Playstation 4 back in 2019.

Produced by Yakuza's Toshihiro Nagoshi, Judgment takes place in the exact same city as Yakuza 6, with the same locations and families but focused on a different cast of characters.

Judgment was a fascinating game, that merged the classic Yakuza formula with detective work, investigations and several other new mechanics.

Fresh off the success of Judgment’s remastered version on the Playstation 5, Sega and Ryu Ga Gotoku Studios are looking to reignite fans' love affair with private detective Yagami in Lost Judgment.

All action kicks off when the dead body of Hiro Mikoshiba is found in the Isezaki Ijincho district. To make things more confusing a man, Akihiro Ehara, who has been convicted for sexual battery, claims he knew about Mikoshiba’s death.

His defence lawyer Saori Shirosaki finds this all weird as the discovery of Mikoshiba's body and the identification of his corpse only occurred after Ehara's statement.

Believing Akihiro is more involved than he lets on, Shirosaki hires Takayuki Yagami to investigate his involvement.

This leads Takayuki Yagami and Masaharu Kaito to uncover a much darker conspiracy. Lost Judgment's story is certainly an emotional rollercoaster with spectacular writing.

The pacing could’ve been more spaced out as the game is front-loaded with the best twists, after that it really slows down.

The cinematic cutscenes are filled with emotion, thanks to the characters' natural expressions.

Combat is fluid and flows effortlessly, especially during the stunning EX Actions.

My only gripe is that the enemies Yagami’s faces off against are very repetitive, with the odd hair colour variation here and there.

Not a massive issue, but I feel like I’ve been giving beatdowns to the same thug for hours.

Lost Judgment is once again set in Kamurocho with a lot of the returning locations from the first game.

The fictional city may not be as big as settings in most open-world games but what it lacks in size it makes up for it with how much there is to do.

The in-game map displays all the main objectives and side quests making it easy to navigate through the city to reach objectives.

Yagami’s adventures will see him veer into Yakuza like a Dragon’s Yokohama, which is cool, even though there are several reused assets.

Ryu Ga Gotoku has also created several new locations within Yokohama for Lost Judgment. If you’ve played past games in the Yakuza series then you’ll know what to expect when it comes to exploring.

The city is just stacked with activities to do and it's so easy to get lost in all the amusement. Each of the streets are packed with real-life locations like Yoshinoya and more.

The interactivity is astounding even if it's not a new feature within the Yakuza series.

The best feature has to be the arcade where you’ll be able to play old Sega classics like Sonic the Fighters, Fighting Vipers and there's even a sequel to Hama of the Dead.

Players will also be able to chill at home, and there is even a Master system loaded with games that you have to unlock, but it comes with Alex Kidd at the start.

Lost Judgment is primarily an action brawler like other entries in the Yakuza series but the majority of missions will feature detective elements.

During investigations, Yagami will utilise his many detective skills to solve cases. There isn’t really a specific gameplay loop that each of the missions will follow, however, there will be lots of recurring features.

Almost every mission will involve a chase of some kind, that will see players using quick time events to manoeuvre through the city

The chases are thrilling at first but quickly become super repetitive as the game doesn't throw any new elements to shake things up.

Tailing people is much more fun as you can basically hide in plain sight by pretending to be on your phone, it’s actually quite funny to watch.

Probably the most useful function is the search feature as it allows you to spot hidden secrets within the game.

There are several other features like wearing disguises, using parkour moves, a drone and even getting your dog to help.

There’s enough variation here to stop the missions from becoming mundane and repetitive. However, these detective skills don’t really develop throughout the game but that's not a massive deal-breaker.

A significant chunk of the Lost Judgment will see Yagami go undercover in the school to unearth some bullying leads he has to follow.

Here is where players will find the majority of side quests. To earn the students’ trust Yagami will have to take part in several mini-games such as boxing, dancing and more.

There's a lot of them then they add a meaty amount of extra content outside the main story.

Aside from being a great detective Yagami is also a great brawler and like the first game, it features high octane combat mechanics.

Yagami has three fighting styles that are suited for different situations. Crane is great for fighting crowds of thugs, Tiger for one-on-one situations and the newly added Snake style for counterattacks.

Each of the styles looks amazing in action and they flow effortlessly when creating combos.

These can be swapped on the fly, which is great as Yagami gets into different fight scenarios.

Yagami can also mix EX action moves into his combos, adding the extra bit of cinematic flare into battles.

Combat never gets boring and that's largely due to the ambitious skill tree that’s full of moves per style, so players can keep adding to their arsenal and pull off something new each time.

Ryu Ga Gotoku Studios know how to make a great combat driven game so it's no surprise that Lost Judgment truly shines in this department.

Lost Judgment is a massive update from the original with breathtaking cutscenes that are just what I’ve come to expect from Ryu Ga Gotoku Studios.

They have done a grand job infusing what makes the Yakuza series so great with detective elements.

The story is gripping yet I feel all the best twists and surprises happen in the earlier part of the game, with things really slowing down as you progress.

But Lost Judgement is a great game with lots of different elements that make it engaging from start to finish.

Lost Judgment is out now for PlayStation 5, PlayStation 4, Xbox Series X, Series S and Xbox One