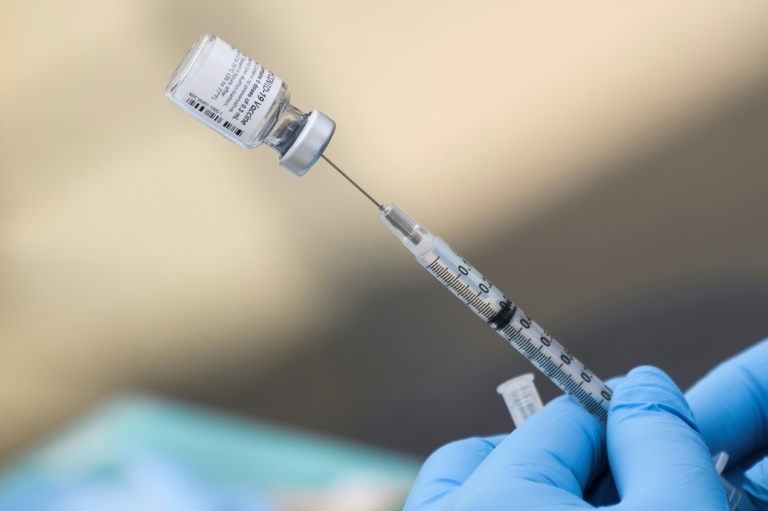 Los Angeles (AFP) - Covid-19 vaccines are expected to be made compulsory Thursday for Los Angeles schoolchildren aged 12 and over, the first such requirement by a major education board in the United States.

The vote by the Los Angeles Unified School District -- the second biggest in the country -- comes as the nation grapples with surging coronavirus numbers, driven by the highly contagious Delta variant.

It also comes as President Joe Biden is set to unveil vaccine mandates for federal employees, as part of a plan to wrestle the Covid caseload under control.

Around 600,000 students attend a public school managed by LAUSD, and the expected passage of the motion at Thursday's meeting could set a precedent for school boards across the country.

The district already mandates regular testing for children, and masks are required on campus, both indoors and out.Staff must be vaccinated.

Under the proposal, all children attending in-person classes would need to have their first dose by November 21, and their second by December 19.

A child who turns 12 will have 30 days to get their first shot.

The plan has the support of teachers' unions and many parents, but -- as elsewhere in the United States -- a significant and vocal minority is strongly opposed to vaccines, despite overwhelming scientific evidence that they are safe and effective.

Local health officials say around 58 percent of those aged between 12 and 18 have had at least one shot.

The motion, which is expected to pass, says action is required to stem the rising number of infections among schoolchildren, which has threatened to derail a so-far successful return to classrooms after a lengthy hiatus last year.

Covid-19 "is a material threat to the health and safety of all students within the LAUSD community, and is a further threat to the successful return to continuous in-person instruction," it says.

Vaccines, masks and other mitigation measures against Covid-19 have become deeply political issues in the United States.

A free and widely available vaccine program is credited with taming earlier surges in the coronavirus, a disease that has claimed more than 650,000 lives and sickened millions more in the United States.

But Delta's emergence has threatened to reverse progress, and case numbers have risen nationwide in recent months, concentrated in places where vaccine take-up is low.