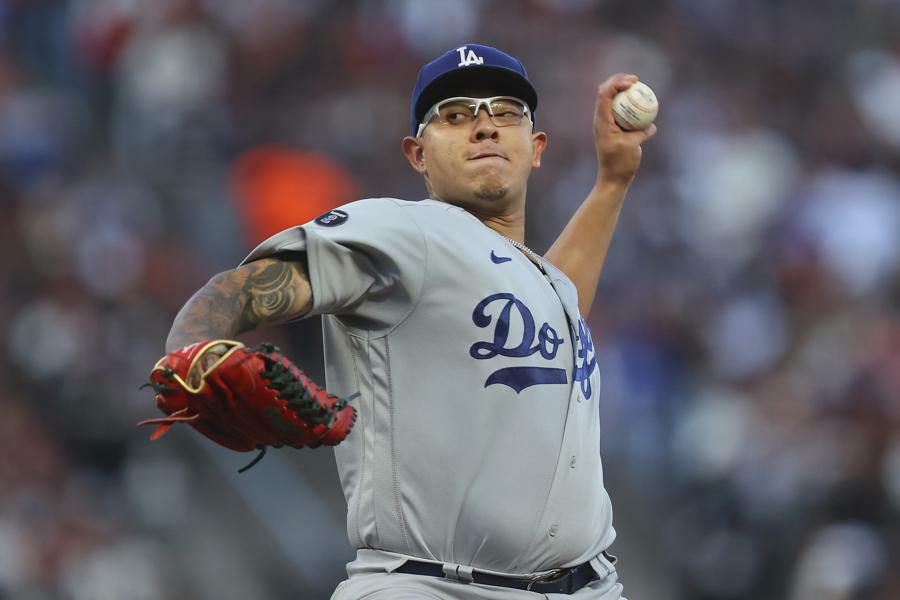 As they have done so often in the past, the Los Angeles Dodgers have developed another young starting pitcher that turns heads in Major League Baseball.

Having just turned 25 in August, left-hander Julio Urias is the only pitcher to have won 20 games this season, finishing the year with a dazzling 20-3 record in his 32 starts.

Signed out of Culiacan, Mexico, Urias was signed by the Dodgers as an international free agent on his 16th birthday in 2012. The club gave him a $450,000 signing fee, but most of that money went to Diablos Rojos del Mexico of the Mexican League.

Urias made his full-season organizational debut at the age of 16, the same year he signed. In his first outing, he struck out six of the 11 batters he faced while pitching for Class-A Great Lakes in the Midwest League. At that point, the Dodgers had a pretty good notion they had a signed a top quality pitcher.

Urias showed so much promise, he made his major league debut May 27, 2016, when he hadn’t quite reached the age of 20. He started the game and went 2.2 innings, yielding five hits and three earned runs against the New York Mets. He walked four and struck out three.

Urias has missed some time in his career while fighting serious injuries and serving a 20-game suspension for a domestic battery investigation.

In 2015, after undergoing three surgeries to remove a benign mass under his eye, Urias had a fourth surgery. Urias told the LA Times, “That’s how God works. He gave me a bad left eye, but a good left arm.”

Urias missed a month to recover from the surgery.

In 2017, Urias underwent season-ending anterior capsule surgery on his left shoulder. He didn’t log many innings until 2019, when he threw 79.2 innings in eight Dodgers starts.

Following his recovery from surgery, to ease him back to form, the Dodgers used him mostly out of the bullpen.

In 2019, Urias was suspended 20 games for domestic battery. He accepted the consequences without appealing the decision. He cooperated fully in the investigation and the matter is well behind him at this point. No criminal charges were filed in the incident.

So far this postseason, Urias pitched five innings against the San Francisco Giants, earning the win in Game 2 of the NLDS. The Giants lead the best-of-five series, 2-1.

Urias is helping bridge the loss of injured starter Clayton Kershaw on the Dodgers playoff rotation.

One of the great aspects of Julio Urias’ success is his ability to sequence quality pitches from a nasty repertoire.

Urias throws his four-seam fastball at an average of 94 miles per hour, using the pitch almost 48% of the time. He hides the ball extremely well, and keeps the hitter guessing about his pitch selections.

Once he has established the fastball, he turns to his wicked curveball as his most prominent secondary pitch. His curve has tremendous break, with great depth. His curve buckles knees and serves to change the eye level and balance of the hitter.

His next most widely used pitch is his swing-and miss changeup. Without altering his delivery to tip the pitch, Urias takes the velocity down to 86 miles per hour and gets hitters to chase the ball, which is often out of the strike zone.

The separation from his fastball is a key component to the deception we see from Urias on the mound.

Capable of throwing a sweeping slider, Urias is generally content to let his fastball, curve and changeup carry his outings. But the slider is a weapon that he deploys to get the hitter to chase. It is a prominent pitch he can use at any point in the count, but this year, according to baseballsavant.mlb.com, he has been using it less frequently than his other pitches.

It is very common for Urias to use all quadrants of the plate. If he sees an umpire favoring one location or another, he is a master at exploiting that tendency. His command and control are very sharp. Changing speeds, Urias is a very good at confusing the hitter.

Urias is in charge on the mound and takes control of the at-bat. He attacks hitters. He comes right after them. He is very capable of making even the best big league hitters look foolish.

Urias is not very big by today’s pitcher standards. At 6-0, 225 pounds, he is not an imposing figure on the mound. However, his glare and stare are enough to intimidate a hitter, not to mention his deceptive pitch arsenal.

A very confident and poised pitcher, Urias does not compromise and “give in” to the hitter. It is rare that he will throw the ball down the middle of the plate to escape being behind in the count. The hitter will have to adjust to the movement on his pitches and be prepared to see perhaps one good pitch to hit per at-bat, if that. That quality is improving as Urias gains experience.

The Dodgers starting pitching is among the best in the game. And it will be even better in the future if Max Scherzer’s contract is extended, and Julio Urias gains more experience.

To this observer, Urias is a Grade 70 pitcher. That means he will be a consistent All Star pitcher; a consequential, dominant, overpowering starter in his career. It means he can be a co-ace on a staff that currently includes Walker Buehler, Max Scherzer, and an injured Clayton Kershaw. Each is a high-quality, top of the charts premium pitcher on the same staff.

Urias is being paid $3.6M this year. He is eligible for two more years of salary arbitration, and then potential free agency awaits in 2024. He is a small part of the Dodgers current estimated payroll of $282M, according to fangraphs.com.

The Dodgers will likely try to sign Urias to a contract extension that extends beyond his free agent year. However, even if that doesn’t happen, they will have control of his contract for at least two more seasons.

The Los Angeles Dodgers are once again a factor in the National League playoffs.

Among the stars shining on the world’s biggest stage is left-handed starter Julio Urias.

The way he has pitched this year, Urias deserves great consideration for the National League Cy Young Award.

After having battled serious injuries and a suspension for domestic violence, Urias is dominating hitters and winning important baseball games. In fact, he was the only major league pitcher to win 20 games in the 2021 regular season.

Young and fresh, the lefty starter is still only 25, with his prime years ahead. For this old scout, the baseball world will be seeing Julio Urias as an annual fixture on All Star pitching rosters.

For now, however, he is pitching very well in the National League playoffs.