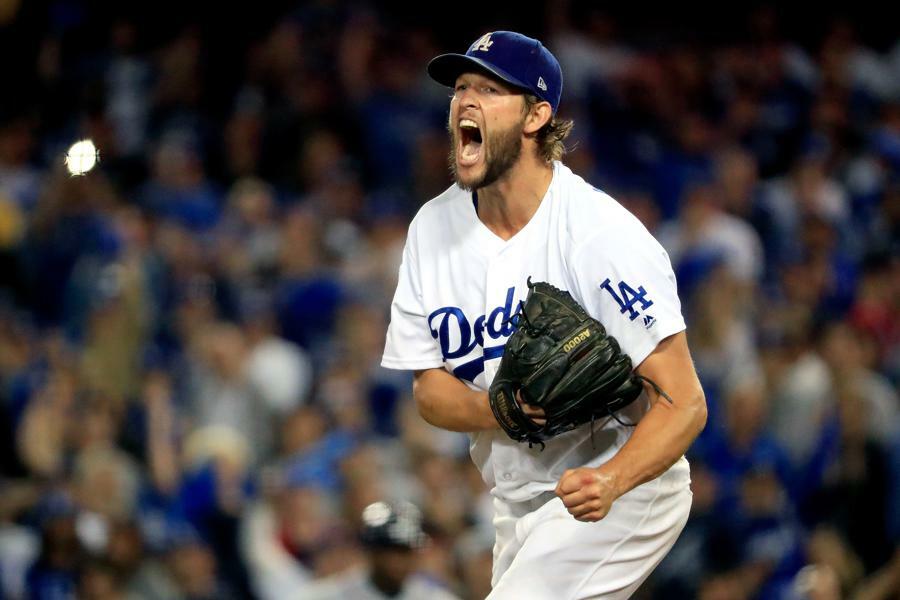 The return of Clayton Kershaw was the best shot in the arm the Los Angeles Dodgers received this summer.

The three-time Cy Young Award winner pitched well Monday night in his first start since July 7 – and may be able to make four more starts over the final 17 games. That could help the defending World Champions close the two-and-a-half game gap that separates them from the San Francisco Giants in the National League West.

If they fail to extend their eight-year string of NL West titles, the Dodgers are virtually certain to reach the playoffs in the sudden-death wild-card game, to be hosted by the non-championship team with the best record. At the moment, that’s L.A. (92-53 entering play Tuesday).

Though no longer at the peak of his career, the 33-year-old Kershaw is definitely dependable – and a perfect fourth behind incumbent starters Max Scherzer, Walker Buehler, and Julio Urias — all of contenders for the NL Cy Young trophy that Kershaw once owned.

Like New York Mets ace Jacob deGrom, who is still sidelined, Kershaw had been idled for nearly three months by inflammation in his pitching arm. When he’s right, the 6'4" Los Angeles lefty would still a solid starter for any contending club.

An eight-time All-Star, Kershaw has a career earned run average of 2.47, best in the majors, and owns an MVP trophy and Gold Glove in addition to three Cy Youngs. This year, he carries a 9-7 record, 3.33 ERA, and average of 10.7 strikeouts per nine innings. He needed only one rehab outing in the minors – for AAA Oklahoma City – before returning to Los Angeles.

Manager Dave Roberts, who is also celebrating the pending return of injured starter Tony Gonsolin, has had to resort to bullpen games several times – and sometimes several games in succession.

“There’s the potential for four or five starts before the end of the season,” Roberts told reporters when asked about Kershaw’s schedule.

“There’s ample time to get him right. We just have to be smart. The main thing is to keep him healthy through October.”

In a 13-year career spent entirely with the Dodgers, Kershaw has led the National League in wins and strikeouts three times each and earned run average four times – in consecutive years from 2011-14.

Injuries have hit a total of 31 Dodgers this year, resulting in 1,805 days on the injured list. As a result, the team paid more than $40 million to players who couldn’t play.

If the Dodgers rebound to win the NL West again, it would be their ninth consecutive title, five shy of the Atlanta Braves’ record. They would then move on to the best-of-five Division Series in which the team with the top winning percentage faces the winner of the sudden-death wild-card game. Obviously, winning the division is preferable to the alternative.

As play began Tuesday, Atlanta, Milwaukee, and San Francisco were National League division leaders with Los Angeles the top seed (host team) in the wild-card game against either San Diego or Cincinnati, which had matching winning percentages.

With Kershaw back in the fold, the Dodgers have the deepest rotation, backed by a solid bullpen. But making up ground against San Francisco, which leads the majors with a .650 winning percentage, could be an uphill climb for the defending World Champions.