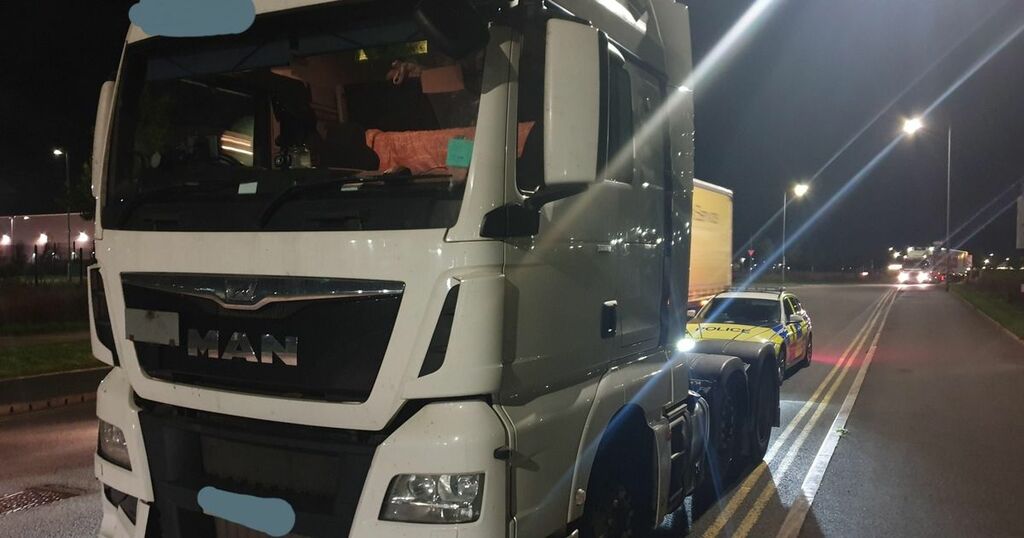 A lorry driver has been arrested after testing three times over the drink-drive limit.

Police received several reports of concern from members of the public at around 11.30pm last night due to the nature of the HGV driving on the M6 and M60.

The lorry was stopped on Bridgewater Avenue at Junction 4 and following a roadside breath test, they provided a reading of 111 milligrams of alcohol in 100 millilitres of breath.

The legal limit is 35 milligrams.

They then told officers that they were on their way to collect their trailer.

The driver has since been arrested.

In a tweet, GMP Traffic said: "Following several reports from the public on the M6 + M60 about the manner of driving of the HGV #ME18 located the vehicle on Bridgewater Avenue M61 J4 the driver provided a roadside reading of 111! He stated he was on his way to collect his trailer!! #Arrested."

The tweet has since racked up 134 likes and a number of comments online.

One user, who appears to be a paramedic with the North West Ambulance Service said: "Believe we passed this earlier on a blue light run, nearly ran us off the road when he spotted our blues! Thanks for getting this sorted!"

Another tweeted: "Thank goodness for those that rang in! Dangerous."