Arts Minister Lord Parkinson of Whitley Bay paid a visit to County Durham today, but admitted he only had chance to "scratch the surface" of the culture on offer across the county.

County Durham was the first stop for Lord Parkinson on his tour of locations shortlisted for a chance to be named City of Culture 2025. He will visit Bradford, Southampton and Wrexham County Borough in the coming days.

The purpose of the visit is to congratulate City of Culture hopefuls and wish them luck for the next stage of the competition, with the winner expected to be announced later this month. And today he seized the opportunity to experience some of the culture of County Durham, which included a trip to Locomotion railway museum in Shildon and a tour of Durham Cathedral.

Despite being from the North East himself, Lord Parkinson said he was "delighted" to visit Locomotion for the first time. He said: "I know Durham pretty well coming from the North East, but I've never actually been to Locomotion before so I was delighted to see that and I hadn't seen behind some of the doors in the cathedral and in the university.

"It's wonderful to see how taking part in the bid is already opening doors for people here and forging conversations with organisations from all across the county and that's exactly what we like to see happening."

He added: "I've had a really good snapshot of the wide range of organisations and people who are getting behind Durham's bid to be City of Culture 2025.

"We started off speaking to the Dean of Durham, as well as people from Durham University and the County Council and the bid directors which is a really good example of how big organisations, and in the case of the cathedral, those who have been here centuries, are using their prominence and their past to help newer and smaller organisations to get involved. You can see the partnerships that are being formed and that's really part of the City of Culture competition."

Lord Parkinson also recognised County Durham's ambition and success in this year's competition, adding that it was fantastic to see the county shortlisted, particularly after an unsuccessful bid in a previous year as the City of Durham.

Lord Parkinson said: "Durham has done fantastically well to get through to the shortlist of the final four. We've had a record number of applicants this time round so that means it's clearly been a very strong bid that's impressed the judging panel."

He added: "[Durham] bid as the City of Durham previously and wasn't successful and now it's come back with a stronger and more ambitious bid involving the whole county and that's great to see."

The City of Culture judging panel, which is led by television producer and screenwriter Sir Phil Redmond, will visit County Durham on Monday as the competition draws to a close. The panel will experience some of the culture that the county has to offer, as well as hear from partnerships behind the bid.

Lord Parkinson said: "It's an independent judging panel who make the recommendation, but I wanted to see all four shortlisted places to congratulate them on getting this far in what is a very tough competition, but also to hear for myself the benefits that they've had in taking part because whatever happens that legacy is a really beneficial thing, not just for County Durham, but for the North East as a whole."

He added: "Previous winners have seen uplift in tourist numbers, they've seen new jobs and new businesses being created. They've seen new partnership working, inward investment and all of that is so important, particularly at the moment as we're merging from the Covid-19 pandemic.

"The creative industries are rapidly growing, there are huge opportunities for people and the opportunity of being City of Culture would be an extra boost to a sector that's really growing and thriving. 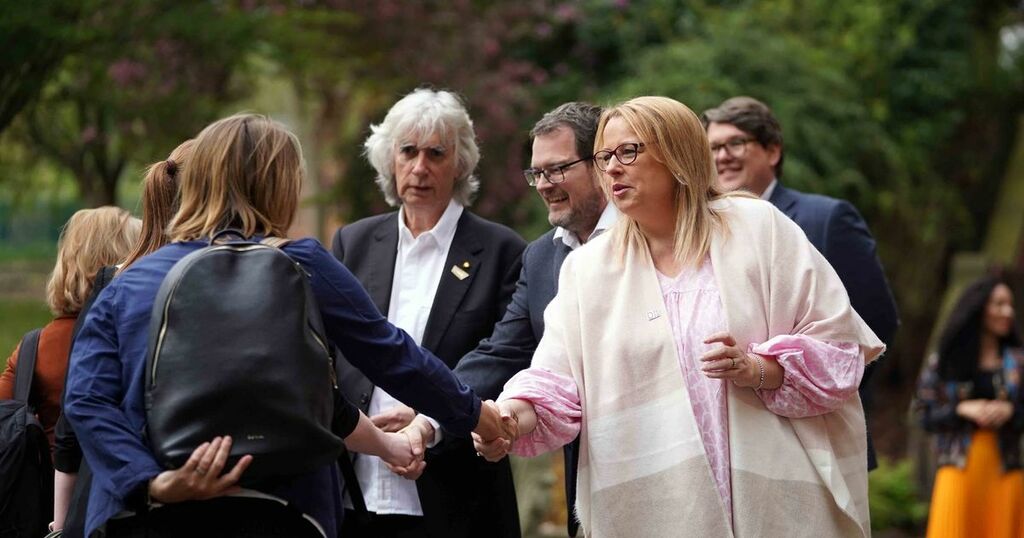 Chronicle Live
One subscription that gives you access to news from hundreds of sites
Local elections 2022: Results in full for Newcastle, Sunderland, North Tyneside, South Tyneside and Gateshead

Across the North East, councillors were being elected in five local authorities with the majority of the counts taking place…