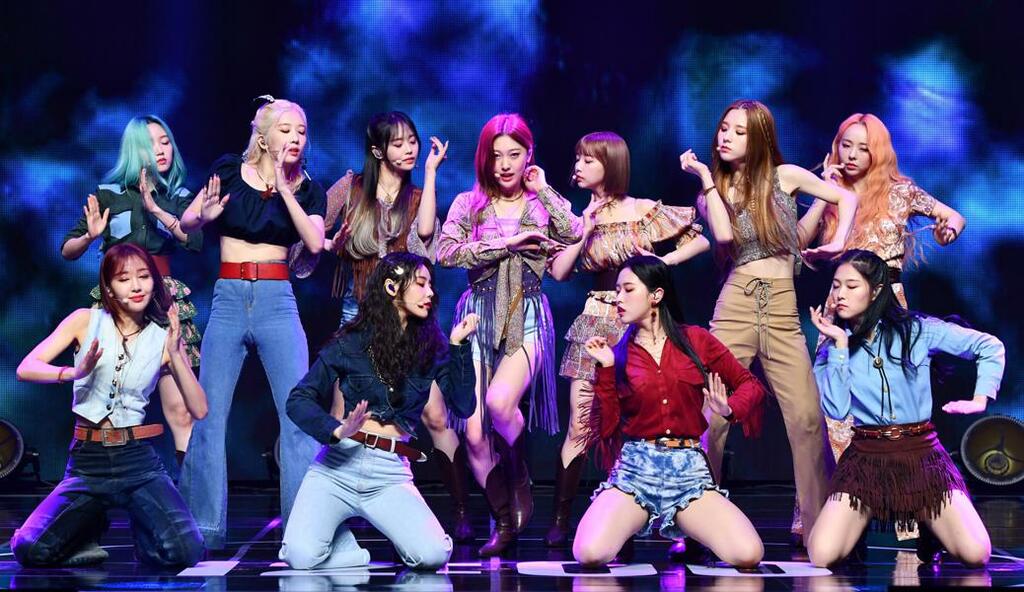 Just four new songs debut on the World Digital Song Sales chart this time around, which is a relatively small number for the 25-spot list. A handful of popular cuts also return to the ranking, while several lift once again to important heights, proving that while they may be several years old, fans just can’t get enough of some smashes.

Here are five tracks whose moves are worth noting on this week’s World Digital Song Sales chart.

The highest-ranking debut on this week’s World Digital Song Sales chart comes from South Korean girl group Loona, who see their new single “Not Friends” start at No. 7 on the latest edition of the ranking. The tune doesn’t appear to front any upcoming collection from the act, but rather it’s featured on producer Ryan Jhun’s Maxis By Ryan Jhun collaborative project. The cut appears to be Loona’s eighth top 10 hit on the World Digital Song Sales chart.

It’s a fairly quiet period on the World Digital Song Sales chart, which means there is an opportunity for older tracks to rise, as there isn’t quite as much competition this time around. BTS’s “Filter” is one of two cuts that bolt back into the highest tier on the tally, enjoying another turn close to the summit. The former leader is one of three current top 10s by the band and one of the five tunes they currently have on the list

Just as BTS’s “Filter” lifts a few spots on the World Digital Song Sales chart to re-enter the top 10, so too does the latest hit single from Tomorrow X Together, "Loser=Lover,” which improves from No. 12 to No. 10. The cut, which powered the South Korean band’s popular reissue The Chaos Chapter: Fight or Escape, previously peaked at No. 6.

Relatively new South Korean girl group STAYC earns just their second-ever placement on the World Digital Song Sales chart this week with new single “Stereotype,” which appears on their debut EP of the same name. The tune blasts onto the ranking at No. 16, bringing them to a new career high point. Their only other charting hit, 2020’s “So Bad,” stalled at No. 21 on the ranking, which only features 25 spots.

One of the six current members of South Korean pop band Monsta X, I.M has found incredible success both with the group and on his own, and he is no stranger to the World Digital Song Sales chart at this point. As a soloist, he collects what appears to be his sixth appearance on the tally, as new single “Loop” opens at No. 20. The cut ties as his fourth-highest-charting, and it shows that he is a powerful figure no matter how he releases music.