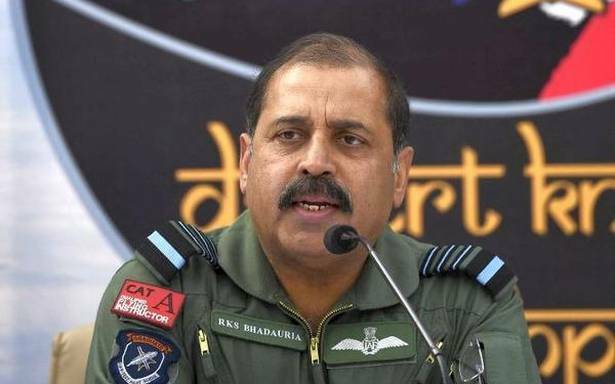 The Indian Air Force is looking at procuring around 350 aircraft in the next two decades, Air Chief Marshal R. K. S. Bhadauria said on Wednesday.

In an address at a conference on the Indian aerospace sector, the Chief of Air Staff also talked about the need fordeveloping asymmetric capabilities to bolster the IAF’s overall strength in view of challenges from China.

“Looking at the northern neighbour, we have to have niche technologies which must be built in-house by our own industry for reasons of security,” the IAF chief said.

Emphasising that India becoming self-reliant in the defence sector is crucial for dealing with various challenge, Air Chief Marshal Bhadauria said the IAF is looking at procuring around 350 aircraft from within the country in the next two decades. At the same time, he noted that it is a rough projection.

The IAF chief also said the Tejas light combat aircraft project has instilled confidence in the aerospace industry in India and that it has huge potential to grow further.