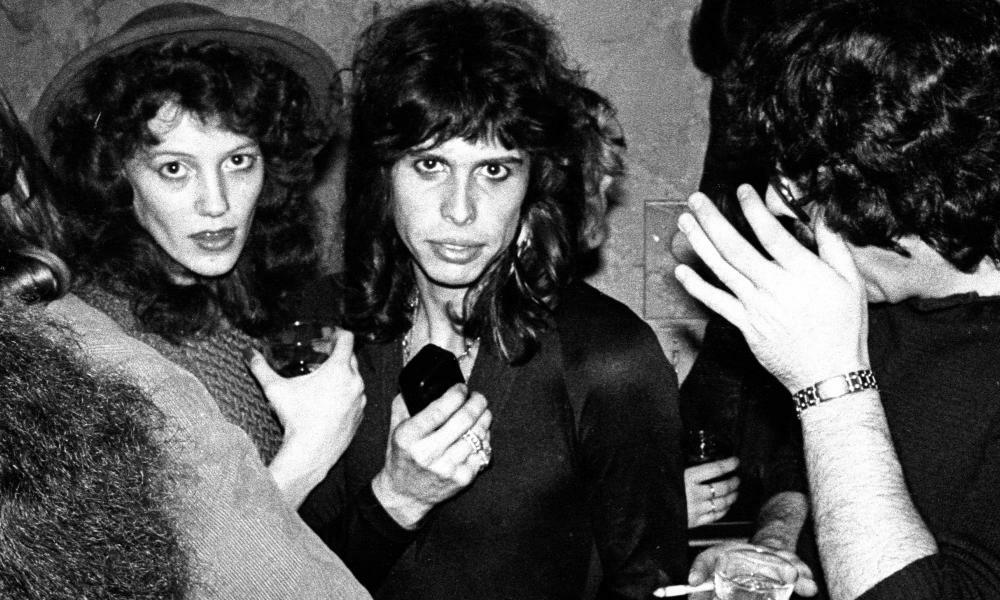 Look Away (Sky Documentaries) is a documentary that looks directly at the music industry’s attitudes to and abuse of the young girls who were – and we can assume still are – pushed or pulled into musicians’ orbits. The film’s title comes from a track of the same name on Iggy Pop’s 1996 album Naughty Little Doggie, which is a “tribute” to one of the most famous “baby groupies” on Sunset Strip in the 70s, Sable Starr. “I slept with Sable when she was 13 / Her parents were too rich to do anything / She rocked her way around LA / ’Til a New York Doll carried her away.” Words are not deeds, of course, though Starr did run away from home to live with a member of the Dolls in NYC at 16, and knew Iggy Pop at that time.

“So many little girl songs,” notes Kari Krome, songwriter and co-founder of the Runaways. She was a witness to and frequent victim of the exploitation by older men of young girls who came to Hollywood; she recounts a rape and an assault, and you sense that this is merely the tip of her personal iceberg of trauma. Look Away is built round extensive interviews with her, the Runaways’ bass guitarist, Jackie Fuchs, and Julia Holcomb. Holcomb met Aerosmith’s frontman, Steven Tyler, when she was 16, became his lover, ward (he got her mother to sign over custody so he could cross state lines with her on tour without being arrested), and fiancee in that order. He got her pregnant then pressured her into an abortion, she says, then sent her home.

Fuchs gives a precise account of her rape in a crowded room by her band’s manager, Kim Fowley, after he’d had her drugged. She adds: “And now we stop talking about this because I think there are people out there who just feed off watching women cry talking about their sexual assault. And I just want to say – if you’re one of them: fuck you. Your time is over.”

It’s a good point well made and, fortunately, embedded in an intelligent film that does a fine job of avoiding prurience while describing a world in which terrible things happened without anyone really noticing or, if they did, caring. Holcomb vividly remembers the one man who saw her (in a dress Tyler picked out that made her look particularly young) and tried to intervene during her years with the star.

The interviews with the three women are supplemented with testimony from others on the scene in the 70s and 80s. Not just others on the “victimised” side of the line, but those we might call representatives of the other side, too. The moneymaking rock stars were protected from consequences and thus enabled by the companies they enriched. Aerosmith’s tour manager Bob Kelleher remembers: “There were half a dozen girls in the dressing room. Julia was being used as bait – the other girls were older and not as attractive.” But he notes, as if it were exculpatory: “People weren’t doing ID checks. That didn’t happen.” Guns N’ Roses’ manager Vicky Hamilton let singer Axl Rose hide from the police in her house after a young woman pressed charges against him because: “My job was to look after the band.” (The case was dropped due to lack of evidence.) Going after youngsters was so prevalent that for the men, as Hamilton breezily puts it, “There was no shame in their game.” Sheila Kennedy’s subsequent description of her own time with Rose explains where it went instead. “I carried all the dirtiness of him … Why doesn’t he feel that? I can say this now – I didn’t deserve any of that. And shame on him.”

Several interviewees express the hope that this film will be the start of the music industry’s particular reckoning in the #MeToo age. Hopefully it will be. It will also give further visibility and credence to the idea that – simply put – women are not making it up. It will take those who still need to complete the journey further down the road to the realisation that man’s inhumanity to woman is a deep, enduring part of all our lives throughout history, throughout the present, whatever sector or demographic or region you care to examine. No, #notallmen, but always some men and always – especially when the normal restraints are loosened by money, power or fame – more men than you think.