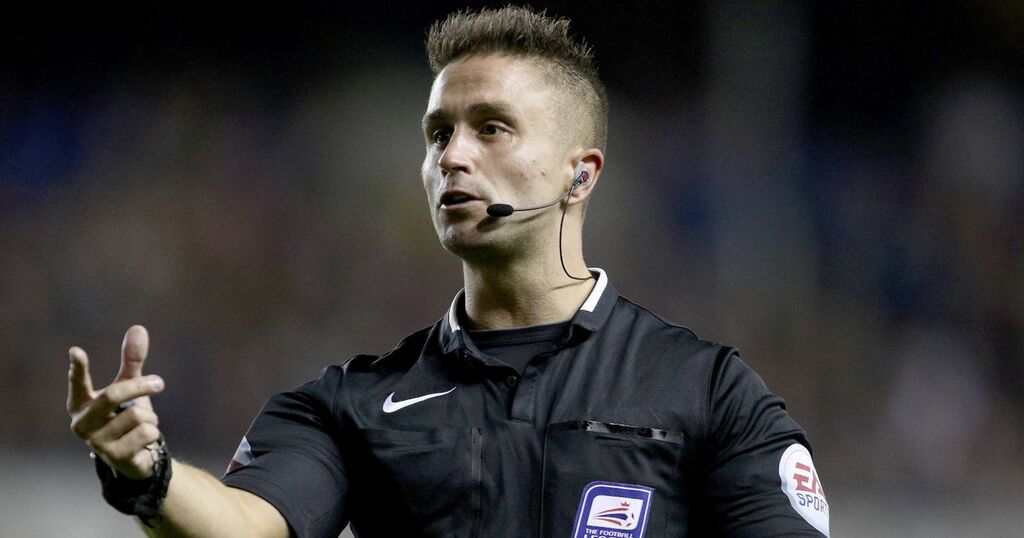 A Football League referee from Long Eaton has spoken of his experiences of being openly gay in the world of football.

James Adcock is part of the EFL’s Select Group 2 and has officiated games in the Championship as well as being fourth official in the Premier League. He has refereed over 500 matches from amateur to professional level.

The 37-year-old is also openly gay and has spoken about his positive experiences within the game.

"As I was going from part-time to full-time in football, some knew and some didn't," he told BBC’s LGBT Sport Podcast.

"Now all my colleagues know, and it's just the norm. And, to be honest, there's been interest from colleagues saying, 'I'm proud of you James, that you're able to be openly gay in sport,' because they know the barriers that are still in place.

"They're fully supportive and don't change the way they are around me or the way they speak to me because they thought I was a heterosexual guy, and now they find out I'm a gay guy.

"I don't need to wear a T-shirt saying: 'I'm James Adcock and I'm a gay guy.' People know and just accept it.

"I've not had any homophobic abuse thrown at me, and I can't tell you a story where I've had to combat or overcome that."

Adcock is the highest level official to be openly gay and hopes that his positive experiences will be able to persuade more officials to come out should they wish to.

"A lot of referees will think they can't come out because it's going to affect their progression within the sport," he added.

"But you are not judged by your sexuality - and if you are confident enough in yourself, you're going to have every support from every colleague, and it's not going to affect you.

"To come out as gay or not come out as gay, you have to choose that as a person and not as a ref. But from the top level down, there's not an issue."

His message to people is simple.

"Just treat me the way you'd treat anyone else," he says. "You're there as a supporter, a player or a manager - and you judge me on my performances.

"That's where my family, my friends, and my football colleagues have been so supportive - because it doesn't matter that I am gay and involved in sport, and refereeing in the Football League."