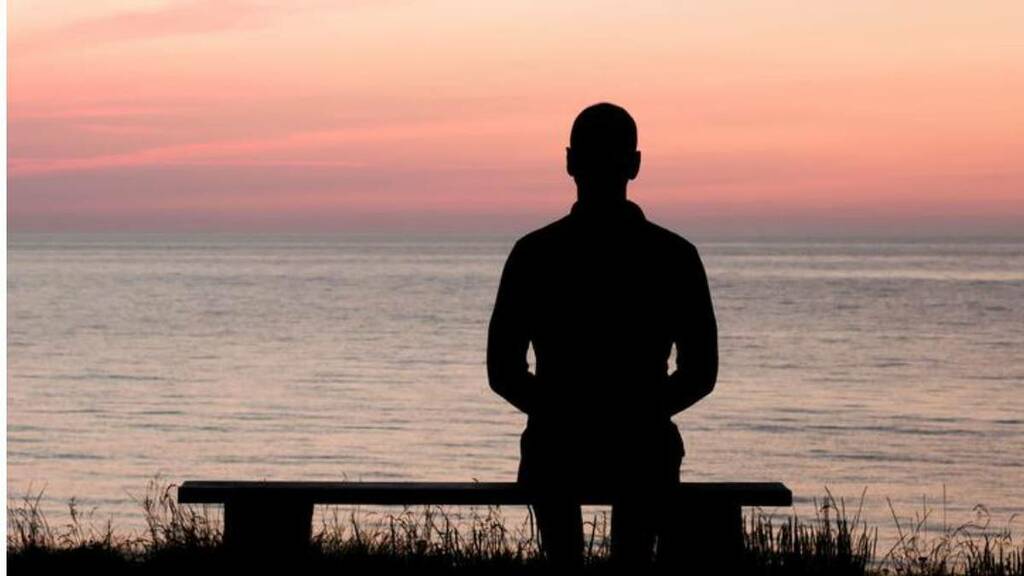 The symptoms started mildly and I didn't associate them with a virus I'd recovered from months before, in January 2010.

A strange fatigue made the last hour of my sub-editing shift a challenge. A general unease prompted a visit to my GP after I noticed my lymph glands swollen and I began to have tinnitus. He ordered blood tests, which came back normal.

For the next 18 months subtle symptoms continued, disappeared and then resurfaced. These were more of a nuisance than a concern, something I assumed would eventually go away.

Then things escalated. During early 2012 I started to experience a need to pee frequently, particularly at night, with discomfort resembling a bladder infection. Inflammatory pains were accompanied by a heavy fatigue, tinnitus, brain fog and a dull, relentless headache. I found myself reaching for words. Work became more taxing, and I struggled to cope with daily routines.

These cycles would last a few weeks and slowly resolve over further weeks, only to return. Even when not in a full-on "cycle", my memory I wasn't quite the same. I began missing appointments with alarming regularity.

When I was in a cycle, neuro-inflammation - what I called "fatigue headaches" - could play havoc with my emotions, as well as impairing cognition. A peculiar emotional lability accompanied the malaise. As a 37-year-old married guy with two young kids and a fast-paced job, life was becoming overwhelming.

Repeated tests for bladder infections came back negative. Several more months went by. Each time I arrived back at my doctor's door with the same symptoms I was met with increasing scepticism. Sleeping pills and anti-depressants were reluctantly accepted, which ended up in the bin.

Returning more resolute, I told my GP anyone dealing with these physical ailments would feel low, but that I wasn't depressed.

His dismissiveness was polite and measured. Stress and depression can do very odd things to the body, he advised, arms folded, legs stretched out under his table. It was the demeanour of a clinician unwilling to acknowledge the limitations of his training and diagnostic capabilities, who felt compelled instead to minimise, invalidate and reframe a patient's experience of illness.

Refusing more anti-depressants, I suggested he send me to a urologist.

The urologist seemed more open-minded. Because I'd been referred privately he'd have much more time to look at the problem, I was assured. "In the public system, they're just a number unfortunately," he added. I tried several antibiotics, working on the theory I had a chronic prostate infection my immune system couldn't shift by itself.

Symptoms lessened as I enjoyed an extended period without a relapse, which was interpreted as one of the antibiotics hitting the mark.

But these quickly returned. Two years later I got referred back to the urology clinic, this time as a public patient. A urologist there explained I'd be put through a series of tests and if these turned up nothing an MRI scan would be ordered to rule out a neurological cause.

Nothing showed up. I returned again in mid-2015 expecting a date for the MRI. A different doctor greeted me and immediately said the symptoms were stress related and would resolve. "You don't need an MRI," he smiled incredulously when I mentioned the scan, his manner patronising and insistent. I recalled the "just a number" comment from years before.

The years since had taken a toll cognitively, diminishing my ability to self-champion. Maybe it was stress, maybe the various herbs I'd been taking had helped, I thought.

I listened with malignant optimism as he suggested the symptoms were a fight-or-flight psychological misfire, a kind of evolutionary quirk of nature. As he continued with a bizarre story about how cavemen used to urinate before entering woods full of danger, I withdrew from further conversation.

None of what he said made sense. I left that office resigned to simply live in hope the condition would improve.

In January 2016, I returned home one evening from grocery shopping. It was muggy, making my symptoms worse. My body could no longer regulate its own temperature, the autonomic nervous system now profoundly dysregulated. A broken circadian clock had also brought on heart palpitations, sleep apnoea, 4am wake-ups and, at times, night terrors. I'd spent years wading through a daily sludge of painful confusion to get the end of the day and now found sleep an increasing state of dysfunction and harassment.

As I began unpacking shopping bags, I realised I hadn't bought milk. A sudden wave of overwhelming despair crashed over me. Taking a cooking pan from the benchtop I banged it repeatedly on the sink, staggered into the garden away from the kids, and cried without restraint.

The frequency and intensity of the "fatigue" cycles had reached crisis point.

Working was torturous. Looking after children was torturous, having to do basic chores was torturous. Neuro-inflammation is a dull, constant headache that scrambles your brain, making every interaction, every mental and physical task, a type of torture.

On December 3, 2016, I was made redundant and it was one of the happiest days of my life. I'd made it through the year by sheer force of will. The payout money would buy time to rest. I'd been struggling with a mystery illness for almost seven years and it had brought me to my knees.

It was a lonely battle no one really saw or understood.

In early 2017 my GP ordered more blood tests during an intense fatigue cycle. These showed antibodies for the Epstein Barr virus, implicated in Myalgic Encephalomyelitis/Chronic Fatigue Syndrome (ME/CFS) and Multiple Sclerosis (MS), another neurological disease. He assumed it was recent infection and said any post-viral fatigue would likely disappear, even though I'd had symptoms since 2010.

Like so many doctors, he knew little about ME/CFS. Some studies have shown sufferers in an acute episode display alleviated antibodies to the virus that originally caused their disease. I'm now sure I picked up Epstein Barr in January 2010.

About four months of rest and 13 months working part-time from bed improved my symptoms. By August 2018 I was resilient enough to begin work full-time again, having incurred significant debt.

I was diagnosed with ME/CFS in mid-2019 and again in October 2021. My experience of precariously navigating life without proper medical care with this post-viral illness is shared by millions around the world.

Classic symptoms of brain fog and fatigue remain an ominous spectre hovering over my life. Strict pacing, healthy food and sleep hygiene help keep it at bay. I'm haunted by a fear of what could await me as I get older, but live in hope things will get better.

Although bladder issues have gone, the disease course has meandered into other biological pathways. I've had more than one visit to the emergency ward during unpredictable relapses, prompted by unmanageable inflammatory pains and autonomic disturbances.

Others have it much worse. Many can't work. A third of ME/CFS sufferers never leave their acute stage and some end up bed-bound in darkened rooms unable to cope with any type of sensory stimulus.

ME/CFS is a complex multisystem disease that involves an immune system dysfunction and a disturbed physiology. It ruins lives and careers. It robs people of the ability to be fully human.

I didn't mind giving up a glass of wine because alcohol now triggers inflammation. Giving up jogging, having a little boat, weight training - those things that once helped sustain me - was harder. Lowering career aspirations has also been part of adjusting to the disease. I'll probably never excel in my job in a way I once could have. But I can still be a "good enough" employee. Again, I'm one of the lucky ones.

What's heartbreaking is not being able to maintain relationships, take in a paragraph of a book, meditate, and retreat to the sanctuary of the mind. I thank God every day I've moved away from the disease's acute stage.

I took my Pfizer shots, worried the vaccine might trigger a faulty immune response and propel me back to those darker times, but mindful Covid-19 could do much more damage. About 25,000 ME/CFS sufferers in New Zealand faced the same angst-ridden choice.

How privileged it is that most people don't have those considerations.

Many experts believe "Long Covid" could be a sub-type of ME/CFS caused by Sars-cov-2. They expect about 15 per cent of people who contract Covid-19 will develop the illness, making post-viral disease a mainstream concern.

The pandemic extends an invitation to be part of a collectivist response to the dangers now encroaching on our families and vulnerable communities this summer, threatening to overwhelm the health system.

It's sad some people have ideologically rejected the benefits of vaccination and the very notion of social responsibility.

But the risk of post-viral disease from Sars-cov-2 exists for libertarians and collectivists alike. If the vaccine lessens the chances of getting a illness that may curtail real, physical freedoms for decades, surely it's worth taking the far lesser risks associated with it.