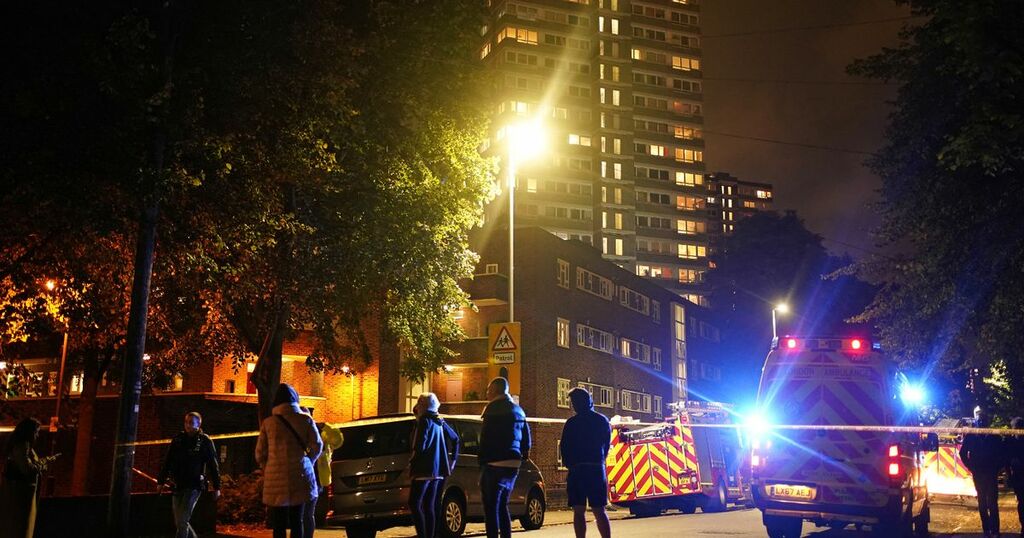 A woman and a child have been taken to hospital after a fire broke out in a block of dlats in London.

The fire started in a flat on the 20th floor of a tower block in Westbridge Road, in Battersea, south-west London.

Dark smoke and flames could be seen rising from the top of the block of flats as the blaze took hold.

London Fire Brigade sent 70 firefighters to the scene, when the fire was reported at 8.02pm on Tuesday (October 12). Emergency services received 18 calls about the fire.

Around 50 people left the building before firefighters arrived, including three people from the affected flat.

However, a woman and child have been taken to hospital.

A spokesperson for London Fire Brigade said the cause of the fire was not known. It was brought under control by 8.53pm.

Station commander Pete Johnson, who is at the scene, said: “Crews were faced with a lot of smoke issuing from the top of a block of flats on arrival.

“There was also lots of visible flame which has prompted a high number of calls to our control officers.

“There are a number of road closures in place.”

She said she heard a couple of bangs then noticed that “ash was coming out”.