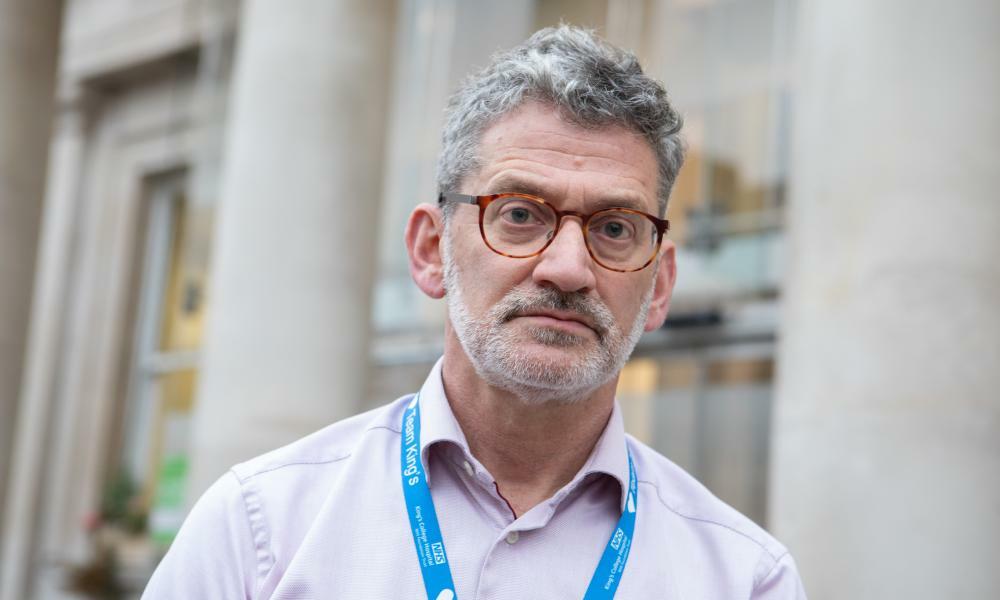 A London hospital leader has said he may lose 1,000 staff to the Covid vaccination mandate, but hopes admissions from the Omicron wave have peaked in in the capital.

The chief executive of King’s College hospital NHS trust, Prof Clive Kay, told the BBC’s Sunday Morning programme that his organisation was working urgently to encourage staff to come forward for vaccination to avoid redeploying or losing them.

About 10% of the 14,000 staff at King’s College hospital are yet to be fully vaccinated ahead of a mandate for all NHS staff who work directly with patients that comes into force on 1 April.

Losing more than 1,000 staff would be the most extreme outcome and there had been an increase in the number of people who still required vaccination coming forward, Kay said.

The impact would depend on which areas the unvaccinated staff worked in, he said. “We’ll have to address that as we pass through the coming weeks. We will re-organise as we need to.”

He said respiratory wards were busy but less so than during previous waves, and that he hoped the case numbers in his hospital from the latest Omicron wave had peaked. “I hope we can see the finishing line … but I’m not certain,” he said.

A critical care consultant at King’s College hospital told the health secretary, Sajid Javid, during a visit to the facility that he refused to be vaccinated because he believed he had immunity from a previous infection with the virus. Steve James said he faced dismissal if he did not come forward for vaccination.

Kay did not comment on the case, but said the hospital was doing all it could to encourage staff. “We we must treat them with kindness, with compassion,” he said. “We must give them every single opportunity to talk through if they don’t want the vaccine, if they’d like to talk, if they need any help or clarification but ultimately, it is their choice.”

He also predicted that some doctors would leave the profession as a result of the unprecedented strain of working through the pandemic. “Some of the things they have seen and experienced and the things they’ve had to go through, I think will last a very, very long time, if not forever,” he said. “I do fear that some of them will decide that, actually, they don’t want to stay.”

His comments came as the statistician Prof David Spiegelhalter said it was hard to envisage another big rise in Covid intensive care admissions and deaths.

“The cases are not going up as fast as they were and may have stabilised over the whole country, but [they are] at very high levels and they’re not going to come down rapidly,” he told Times Radio.

Spiegelhalter, from the University of Cambridge, said daily infection rates could still hit 500,000, which would have had a devastating effect without the protection afforded by vaccines.