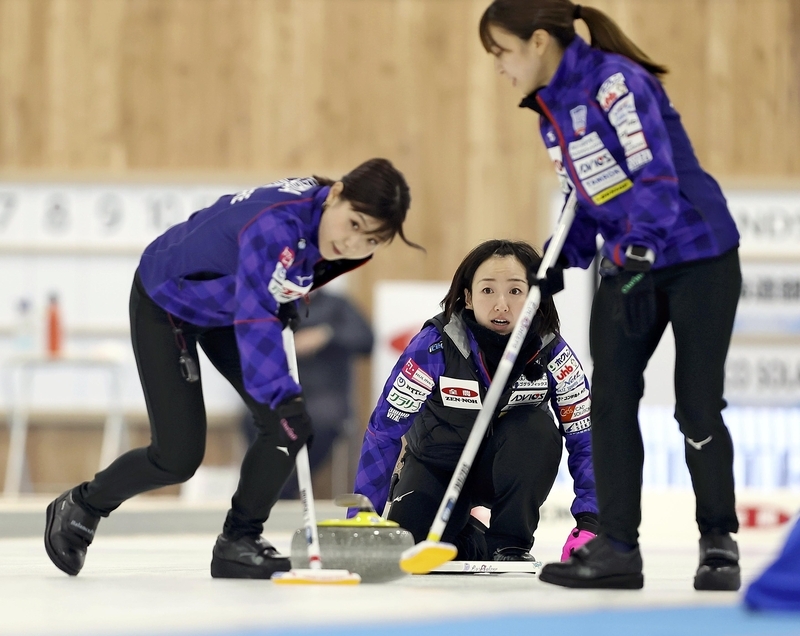 WAKKANAI, Hokkaido -- Loco Solare, which won a bronze medal representing Japan in women's curling at the 2018 Pyeongchang Winter Olympics, took a step closer to appearing in Beijing in 2022 after rallying to defeat national champion Hokkaido Bank on Sunday in Wakkanai, Hokkaido.

Loco Solare came back from an 0-2 deficit to snatch a 3-2 win in the best-of-5 playoff serving as the domestic qualifier for a place in the final world Olympic qualifying tournament.

The team now heads as Japan representative to the world qualifier in the Netherlands starting Dec. 11, where the top three teams will earn spots in the Beijing Olympics.

In the playoff, Hokkaido Bank won the first two games before Loco Solare kept its hopes alive with a 9-3 victory on Saturday. The team carried that momentum over to Sunday, winning the fourth match 8-6 before prevailing by the same score in the decisive fifth match.